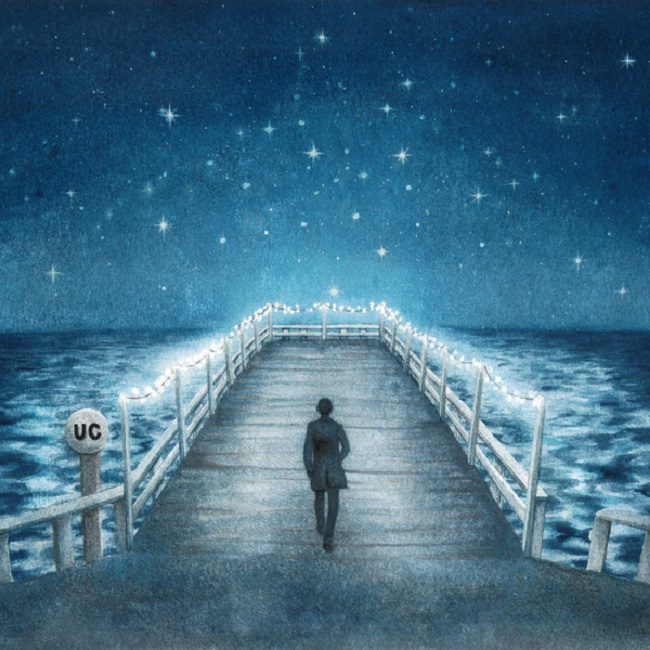 Through the convenience of the Internet, one can find many-an-artist pushing with all their might to make it; a million dynamos bubbling under the surface and thrusting mightily to penetrate the world of mainstream exposure. Some will quit in the face of discouragement before their dreams can be realized, however, there are the determined few who will do whatever is possible to make it, even if it comes as a detriment to their integrity and well-being. Then there are others who are making a buzz on their own but have their sights set on far higher things than material gain.

Kane Adams is one of those righteous few whose music and life are grounded firmly in the spiritual realm. In his early teens, he began to pursue music with Michael Jackson as an immense influence on his craft and soon turned to the church to round out his quest for personal purpose and completion. That journey has to lead him to the release of an EP, Close in 2017, and his debut album Undercurrents this year, both establishing Adams as a formidable songsmith with no way to go but up- to greater recognition, and perhaps to the heavens themselves.

As easy as it is to get lost in the ethereal bliss that Undercurrents often offers, Adams makes his guiding light that offers his music direction clear from the very beginning. “Shipwreck” is one such example of these kinds of songs, emphasizing perseverance through difficulty with the help of God: “I come, I draw near/letting go of every selfish ambition/I stand ground to fight fear/God I’m lifting up my hands in surrender.” “Arrows” continues more along this line of relinquishing power to the almighty on a more uptick, percussive note, with the corresponding drum machinations soon giving way to the polished, blanketing slumber of “Telescope”. The imagery Adams conjures up is remarkably vivid: “The stars are echoing tonight/They are shining ever bright/like a Galileo night.”

The religious thematics of Undercurrents continue to grow and proliferate, as does Adams under God’s direction, as he describes on “Captain”: “Though I follow you closely/without you I’d be stranded, lost at sea.” It’s a spiritual concept explored across many genres and in old hits such as “I’m Your Captain”, but unlike the aforementioned rock staple, the interpretation of Adams’ lyrical content is unambiguous. The wintery warmth of “Midnight Promise” expands into themes of sin and forgiveness in its bursts of clean, controlled power, while “Hold Me Close” builds and encompasses while asking God to do the same. “The Good Shepherd” casts further praise upon the almighty, dabbed on thoughtfully to a voluminous canvas of clean-tone and acoustic guitar.

“Home” returns to gentle, reverberating piano, a musical centering that while effective has at this point in the album grown a bit worn out. The interlude “View Of The Moon From The Pier” caps it off for the moment before shifting into “Smoke+Mirrors”, where brushed drums and dreamy guitars take the wheel along with the Lord: “Oh blameless one/Standing before me, a shining glow/you beckon me to call”. Then, it’s one more for the piano, and one more for the album: “Love Goes On/Undercurrents” provides a fantastically energetic climax to a wonderful effort with soaring guitar, crashing drums and slickly dynamic piano all coming forward for one last explosion in the name of the holy. From there, a reprising electronic swirl carries out all that is left to a freshly enlightened end.

Kane Adams, as determined by his output on Undercurrents shows amazing promise as a solo entity in the future, wherever his travels may take him. If he chooses to stick solely within the confines of humble abodes and churches, singing and spreading the Gospel to lost souls from all over the land, may he do that with great success? If he chooses to take this music venture to the next plane with the Lord as his guide, it will be a sonic adventure for the ages to see how he grows and develops. Whatever his path from here is, let no stone be unturned, no note left unplayed, and certainly, no listener left doubtful, unsatisfied or worst of all, without faith.

Interview with Chicago Based Artist Mike Notez
Pianist, Producer and Entrepreneur Zach Evans Talks About The Love for His Craft, Upcoming Collaborations and More
Advertisement