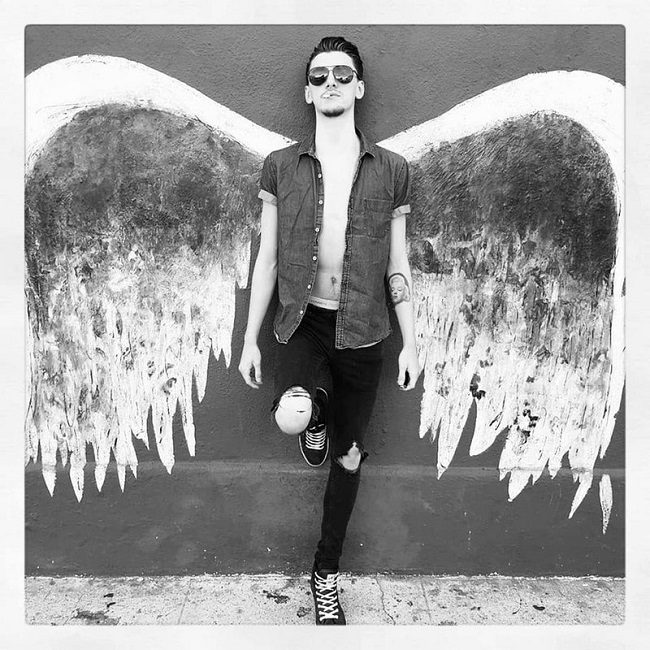 Emerging from a small town in the UK, Singer-songwriter Perry Ripley brings a moody, raw & thought-provoking portrayal of his emotions through his original lyrics.

Its my real name. A lot of people ask me if its a stage name but its not.

I’ve been singing and writing officially since I was 16 when I started recording music in college with friends in a garage converted studio. I grew up listening to the doors & I’ve always been influenced by rock music and music from different era’s.

When I realized that music can be anything you want it to be, I started using it as my emotional & creative outlet. It was the only thing that could make me feel better, I think it stopped me from going crazy (laugh)

Around when I started really writing music I listened to bands like Evanescence, the pretty reckless and also an artist like Lana Del Rey who is one of my favorite songwriters. I’ve always been attracted to songs with emotion and meaning. I’m drawn to music with a darker intent. I just love artists who are in their own lane and who aren’t scared to tell you how they feel.

I have just released a music video from my debut EP “Set fire to the roses”. Its called “Rain in my eyes” I filmed it alongside another video that will be coming out over the next couple months, they link into each other in a subtle way. They were both filmed in Sardinia, Italy. After that, it is onto releasing new music, a new album, and new music videos, going with a concept for my next record.

As a young, unsigned artist its very difficult to break into the music industry, lots people try and put you down & a lot of artists can’t take it. I think my greatest attribute is being able to stay strong, staying focused on what I want & never backing down.

I wouldn’t say I am the best at what I do but I like to think I bring something edgy and unique.

I’ll be going back to the US near the end of the year to work on a music project. I Don’t wanna give to much away as of yet but its gonna be wild. But one thing at a time, at the moment I’m focused on releasing my videos from my EP and working on my new record.

Id, like to thank the BBC Introducing team for playing my record on air, was amazing to hear myself on the radio, a real moment for me. And I’d like to thank the producers of the album and a special thank you to Saffi who starred in the “Rain In My Eyes” video. And to everyone who has supported me in the last couple of years.

My new video is out on my youtube channel (perryripley) now!

And you can get the album on iTunes, Spotify and pretty much any other platform.

Take pride in small accomplishments. Take time away from social media and the musician lifestyle once in a while or you’ll go crazy. And to just never back down or apologize for doing something that makes you happy. Have patience and be persistent.