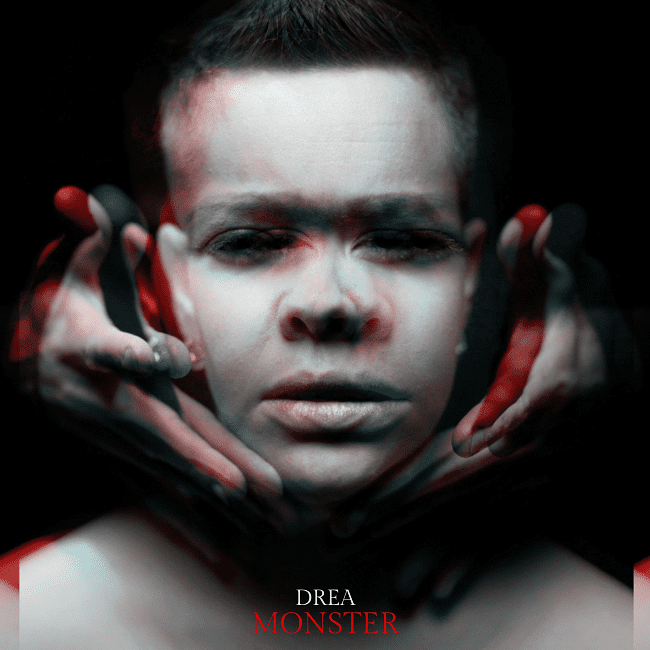 Amy Dorman, professionally known as Drea, is a songwriter and recording artist living in Los Angeles, CA. Born and raised in Minnesota, Drea was surrounded by music growing up, and this influenced her love for singing, writing, and performing. After college (and after gaining a bachelor’s degree in Women’s Studies), Drea decided to pursue her passion full time, which opened up doors for her in the realms of music, television, and dance in her hometown Minneapolis.

It soon became clear that a move to Los Angeles was on the horizon, and a day after her lease in Minneapolis was up, Drea drove 2,000 miles to a city where she had no friends or family, no job, and no place to live. Shortly after arriving in LA, Drea began working behind the scenes at several prominent recording studios and an indie record label, learning the ins and outs of the industry while finding her footing as an artist. In 2016, Drea paired up with producer Raz Klinghoffer (who goes by artist name Hamster) and released her debut EP “No Vacancy.”

“Drea” is an anagram for my initials. I wanted something that was still a part of me, but that was separate from my legal name so I could operate my artistic career independently of my everyday life.

Music was actually never the plan. Although I have been writing music and performing since I was 7, I never considered a career in music until after I graduated from college. The day I turned in my senior dissertation, I spent my days writing music. Everything kind of fell into place after that, and before I knew it, I had packed up my things and was driving to Los Angeles.

On your upcoming current project, how did you come up with the concept?

“Monster” is the song I wrote about my experience with rape. I didn’t sit down with the intention of writing a song about my experience, but as I was writing on a project for a friend, this song is what came out. It was supposed to go to another artist, but I realized the significance the song had for me, and I held onto it for years. As I worked on the final product with my producer, Kayja, the concept for the music video stayed relatively the same.

My concept of having a still shot with hands and blood was important to conveying the emotions of this piece, bringing a necessary discomfort to the viewer by making them watch the situation unfold, the blood reflecting the lyrics of the first verse: “Hungry for more than a taste/ He wants to take a life.”

Living in Los Angeles, away from family and friends, has been a significant challenge in and of itself. There is a whole hustle devoted not only to making progress in this incredibly cutthroat industry but also to survive in LA. It’s a balancing act, and there were times when I had to remind myself that my health and well-being are more important than my art. My art is there to serve my purpose, not the other way around. I think that I’ve come to find a good balance in terms of creating a well-rounded life for myself, which includes a music career, that I can be proud of.

I think “best” is really subjective, and frankly, I’d be pretty skeptical about anyone saying they’re the best at anything. There is always going to be someone more talented – the world is simply too big, and this industry gets bigger by the day. I am not the best singer, songwriter, or dancer you will find out there, but these last few years especially I have worked hard to create music and visuals that are honest, raw, and passionate, and that have the power to start conversations on important social issues.

I have accepted a fellowship to study Gender and Public Policy at the University of Minnesota in the fall of 2019, so I will be leaving LA to begin this new chapter of my life! Although I do have a few features planned for release in Summer 2019, I consider “Monster” to be the capstone to my music career in Los Angeles. This release is my final hurrah (at least for now), and I could not be more proud to leave on this note.

I’d love to give a very special thanks to Kevin “Kayja” O’Neil, who has been my producer and collaborator for my last 4 singles. Chris Koehl, who has been my co-director and videographer for my last three videos. Matthew “Teo” Olivares for believing in me more than anyone, and for helping me create “Parachute.” JozhBass for remixing “La Paz,” and Richard “Richi” Wang for being my male lead and dancer extraordinaire in two of my videos, including “La Paz.” Shaun Fabos and Ryan Kaul for being my mix engineers these last few years, and Gianni at Karibu Mastering Studio in Italy for always taking care of my mastering needs.

Raz “Hamster” Klinghoffer for taking that first chance on me with “No Vacancy.” Anthony “Andel” Dooley for literally holding my hand (and the camera) through the darkest video shoot of my life (with “Monster”). I’d also like to thank the Women’s International Music Network and the numerous blogs and playlists that have supported my activism and my art, from my first album to now. You have all helped me tell my story, and I can’t thank you enough for being a part of this journey.

The best way to find me is on Instagram @dreaxmusic. You can also find me on Facebook at www.facebook.com/dreaxmusic and, of course, on my official website www.dreaxmusic.com, where you can also learn more about my advocacy through Reclaim Movement and the For Her Concert Series.

Stay true to yourself, and you can’t go wrong. This may be a generic thing to say, but when we choose to make a CAREER out of our art, all of a sudden we are faced with changing ourselves and our music in order to get the most likes, follows, streams, or the most out of a record deal. It can be a soul-crushing experience. That’s why I say “stay true to YOURSELF”: your art is PART of who you are, not ALL of who you are.

It is okay to grow out of a genre, a public persona, or even a dream. In fact, it is healthy and brave to acknowledge when growth is happening and to take new steps to allow that growth to continue. There is no shame in moving on, even though some people will try to give you their shame and fears to carry when/if you decide to move on to other things. You will always be an artist, no matter where life leads you, no matter what anyone says. It’s okay to choose not to starve yourself for your art anymore.