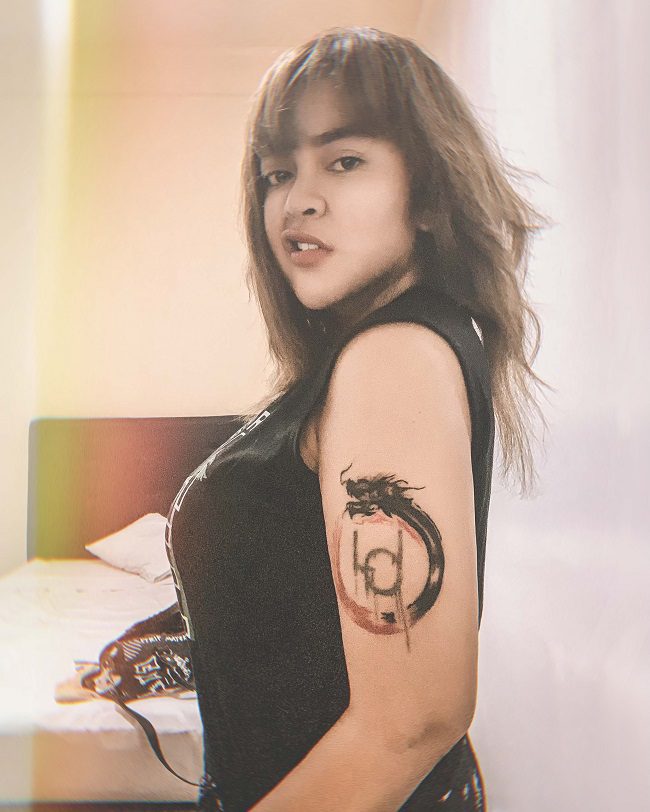 Just like the ethnic mix of pan-Asian, middle-Eastern and Indonesian origins that makes her appeal unique, the new release from talented AMEL D brings back to the spotlight the vibrant sounds of the purest form of rock, embellishing them with the scratchy vocal touch that is unique, Rare, to her and makes her shine.

After surpassing over 5 million streams on Youtube, and with more than 1 million monthly listeners on Spotify, AMEL D seems to be a running train of unstoppable success. Moved by the strength and power of her vocal scratch, she continues to churn out enthralling numbers that reap listening and viewing, with music videos that have gone viral.

The energy and the driving strength that this resourceful artist is showing in carrying out her independent productions can only be defined as a true force of nature. In the wake of the impetus of this moment, that seems to be more than prolific for AMEL D, here comes her newest work, ‘Dear Blue (The Perfect Shadow)’, a song taken from her second album ‘Cross To Hell’.

Here, while remaining faithful to her alternative style, AMEL D brings us a number that aims to take the rawest and most genuine rock to the center of attention, infusing it in a compelling cinematic atmosphere and making it resonate on the strings of her vocal timbre, for which she is already known and loved by millions of listeners.

If with the previous single ‘Pride of Sacrifice’ she had shown that she had fully reached a certain artistic maturity, now with ‘Dear Blue (The Perfect Shadow)’ she is starting to consolidate her way to success piece by piece, lining it with milestones that her fans, old and new, will have no chance but adore, thanks to the vibrant passion with which they are imbued.

‘Dear Blue (The Perfect Shadow)’ is already available on AMEL D website www.ameldmusic.com, and on her Youtube channel as official music visual, where it has already reached tens of thousands of views in just a few days. Soon the track will also be available on all the major digital platforms.

To find out more about AMEL D and her music: