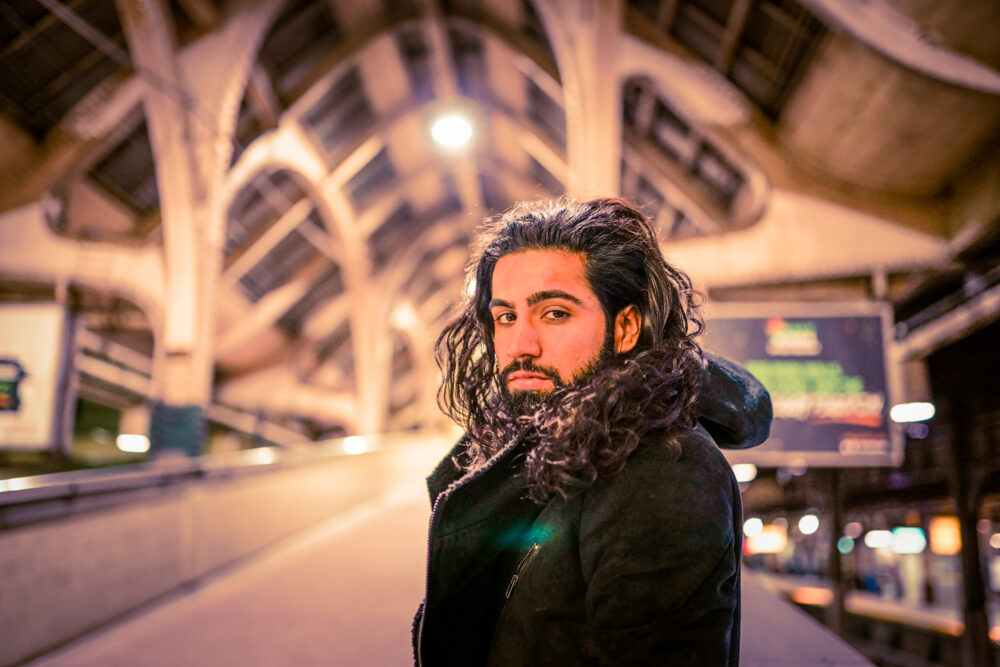 Sapra explains, “In the past, romantic relationships have had the ability to have tremendous power over me. The song is based around the idea of “always on my mind,” which is more like longing for a person that you are unable to be with. The musical short film tells the story of a protagonist whose insatiable thirst for money results in a fifty-year prison sentence. In order to be released early, he is forced to undergo a memory wiping procedure. During this procedure, he tries his best to hold onto the memory of his girlfriend so that he will always remember her when he is released. I and my team have worked for over a year to produce this on our own without any funding and support from outside.”

Directed by Michael S. Washington, with choreography by Tibor Fober and dazzling accompanying delicate, ghostly vocals by Parinta Sharma, the video depicts a futuristic world where criminals undergo memory erasure. As the procedure takes place, Sapra’s psyche travels through a surreal, phantasmagoric voyage of recollection. As he attempts to preserve his cherished memories, he experiences a spiritual cusp of transition.

Multi-talented, Sapra blends his gifts for acting, rapping, and filmmaking. He began playing drums when he was five years old, followed by participating in dance and theater in high school. Later, while studying at Ryan International School, he enrolled in theater festivals, followed by studying journalism and mass communications while at the same time operating his theater and events company.

Then he moved to Los Angeles, where he studied film and acting at UCLA and the New York Film Academy. His music has appeared on NBC and he had a major role in a Toyota commercial, along with touring with Mystic India.

“Always on My Mind” opens on low-slung, creamy hip-hop colors, accented by exotic savors. The trap-lite rhythm rolls out on a tasty, measured cadence, imbuing the tune with an alluring undulating movement. Sapra’s glossy flow infuses the lyrics with nuanced textures, at once sensuous and tantalizing.

Sapra has it going on! The combination of innovative special effects with the deluxe tide of the harmonics offers a spectacular audio-visual encounter.