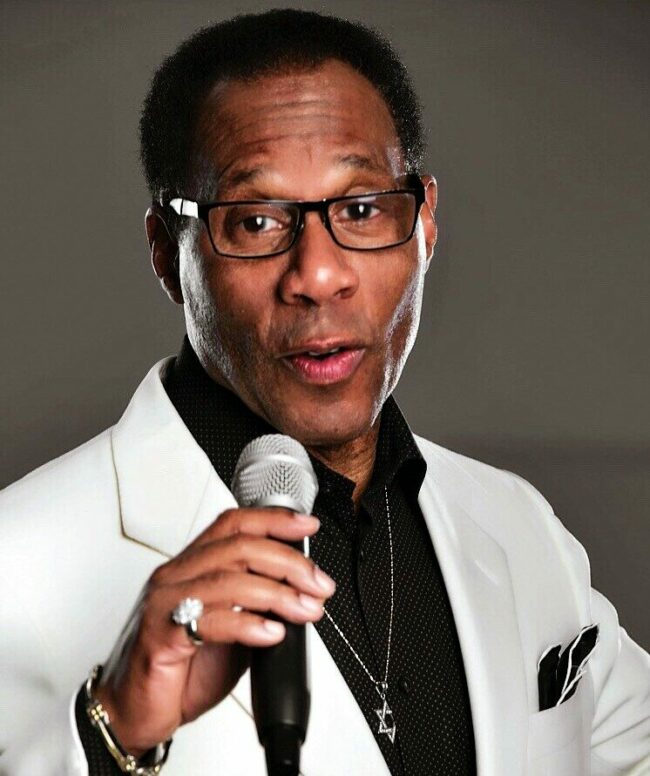 I admit that I’ve never visited Las Vegas or any of its famous casinos, hotels and night clubs along The Strip, but listening to Tyrone Mr. SuperFantastic’s Long Road album is the way I’d imagined the music there would sound. It’s big, ballsy and brassy enough that you can almost smell the scent of the perfume from the feathered showgirls on stage as they strut their stuff on those mile high stilettos in time to the songs being performed in some spotlight lit lounge. You know, the renowned rooms of establishments like The Riviera, Bally’s, The Flamingo or Hurrahs where tourist can chill out and take a breather between playing the tables and hitting those loose slots.

Tyrone Mr. SuperFantastic has the kind of booming voice that if he’d been around in the long gone days of the Sinatra’s Rat Pack, well, they may have invited him to join them in the many VIP rooms they made their own. Long Road runs the gambit from popular standards to show tunes and even some crossover jazz favorites. And Mr. SuperFantastic does it while holding a microphone as he sings along to the big band ensemble sitting behind who accompanies him and assists in putting that zing into the swing of every note of each number. It’s a glitzy approach that’s suitable to popping your fingers of one hand in time to the music while you cradle some exotic cocktail in the other.

The set list of Long Road (Can Do Productions) includes songs you expect to hear The Rat Pack belt out such as Stormy Monday, I’ve Got You Under My Skin, The Street Where You Live, One For The Road or The Best Is Yet To Come. Are you in the mood for some show tunes? Then Tyrone Mr. SuperFantastic has you covered with On A Clear Day and Hey There. If you’re looking for more contemporary classics then listen to the way he croons This Guy’s In Love With You, Mr. Bojangles and Will It Go Round In Circles. The selections on this compilation create a pleasant potpourri of uniquely American music that deserves to be heard.

If you’re lucky enough to be in the Los Angeles area on May 12th then you can catch Tyrone Mr. SuperFantastic (https://tyronemrsuperfantastic.com) live at the Catalina Bar & Grill on Hollywood’s West Sunset Boulevard. He’s performing a special Mother’s Day show that afternoon. So, if you still haven’t picked out a gift for your mom on her special day you can invite her to come with you to his show if you’re both in L.A. If you won’t be there the day of the appearance then you, her favorite child, can always surprise her with a copy of Long Road. According to those odds makers in Las Vegas it’s a sure bet she won’t feel short stacked either way.