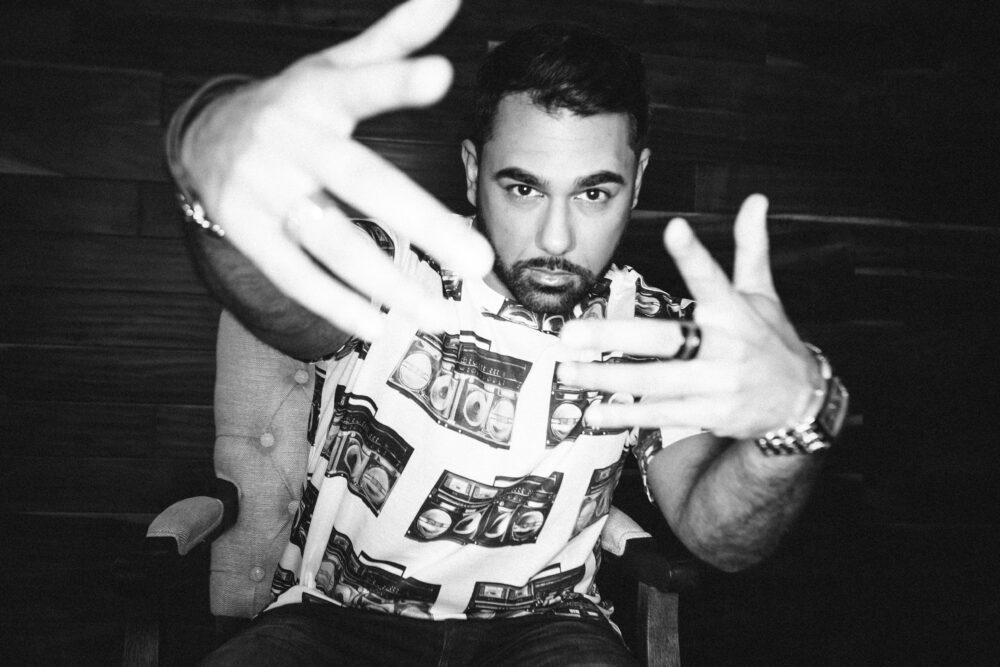 Rayner’s background in choreography invests “Daydream” with audio-visual magic, magic similar to Rayner’s brilliance working with artists like Katy Perry – Prismatic Tour – Britney Spears, and Avril Lavigne, as well as producing music for companies such as MAC Cosmetics, Reebok, NIKE, Beachbody, and Sexy Hair, among others.

Gorgeously put together, “Daydream” mirrors the flight of fancy discovered in the miraculous aura of love.

Muzique Magazine spoke with Jack Rayner to discover more about the person behind the music, how he got started, his influences, and why he makes music.

How did you get started in music?

I was a choreographer doing small remixes for my own productions in Los Angeles where I grew up.

What’s the backstory there?

Those small remixes turned into full songs and I started meeting musicians and learning about progressions and the various ways a song can take shape. I basically just made it happen, LOL. My choreographer peers began to rely on my shorthand between dance and music which brought me into working with Britney Spears, Katy Perry, and Miley Cyrus on music for their shows. I was able to learn a lot along the way, but there is always so much to learn with music.

What motivated you to shift from choreography to producer?

Choreography is great but it takes a lot of time to make a piece happen. I realized with music, I could make 3 songs in a night if wanted. Also, dancing is a lot on your body and the time it takes to stay in that shape was better spent learning how to produce.

Everyone from Dr. Dre and Pharrell to Prince and Butch Walker. There is so much you can learn from a musician’s perspective. I listen to lyrics and stories as well as production patterns and grooves.

I wanted “Daydream” to feel like you were listening to a love story. I have the guitar, played by Rod Castro, answering and dancing around the cello, played by Danica Pinner.

Good question… I absolutely love it. Even the fear of someone not liking it can’t and won’t stop me from making more. The process and ability to speak to others and share your thoughts, vulnerabilities, experiences, and give advice through song is both a gift and a driving force.

Why have you never signed with an agent or manager?

There’s no real answer for this… I haven’t met the right one I suppose. I have worked consistently for 10+ years and make all my own deals and get called upon directly by showrunners and artists. I think a manager would be great to put me in touch with other talent though.

How are you handling the coronavirus lockdown?

Lockdown is a music producer’s everyday life. I have been fortunate that I have always worked from home so not much has changed in my day-to-day, but I have taken this time to reacquaint myself with the piano and my production life.

Of all the artists you’ve worked with, who was your favorite, and why?

Talib Kweli! He was my landlord for a period in the mid-’00s and when he was in town, he would come to the back house where I lived and we would record whatever he was working on. His verses were always fire and he always had something to say. What more can you ask for?

Opening up the Magic Mike shows in London, Las Vegas, and Berlin after corona closed us down. I’m also working on an upcoming CBS show with LL Cool J that should be out later this year called “Come Dance With Me.” This week, I’m working with an artist named Stevie Brock who was a Disney kid and a great singer/songwriter. We’ve written an EP together that we are both very proud of and we are going to shoot 3 videos this week, so I gotta get to it! Thanks and love! Jack