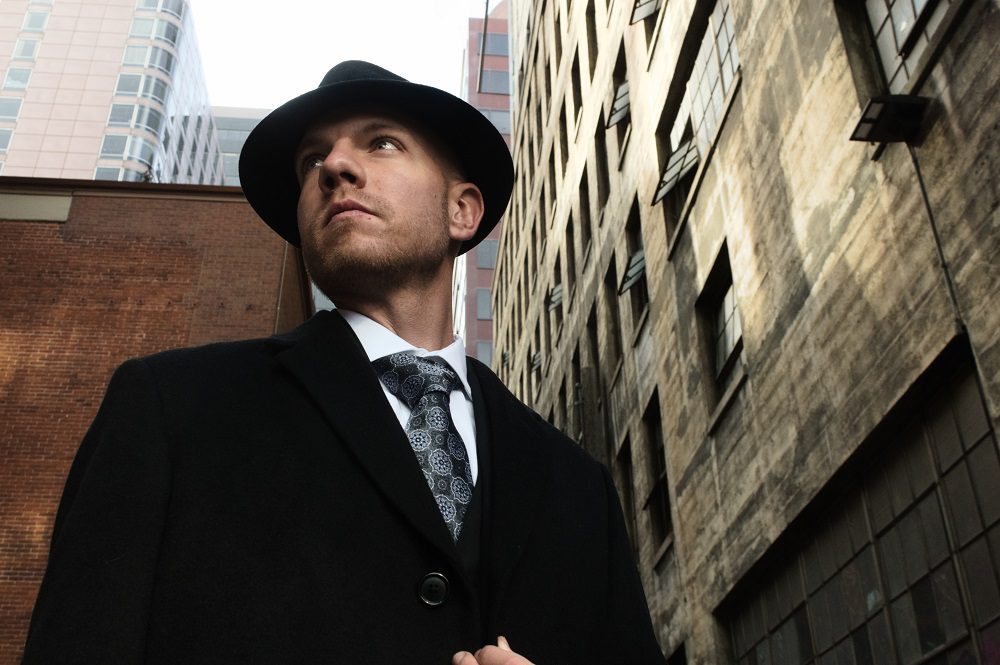 Brandon Riley is an Indie Pop artist hailing from Denver, Colorado. Today we speak with Brandon about his latest single “Marco Polo”, his journey as an artist, and more.

Who is Brandon Riley in your own words?

In my own words!? Well, first of all, I am an Indie Pop artist based out of the Denver, Colorado area. I mostly say that because I don’t think a ton of people know where Longmont, CO is. And it’s, like, 20 minutes north of Denver more or less so I just say Denver. Also, I have always been an old soul and I’m just trying to make my way through this modern world we all live in. As you can probably tell by the clothes I wear in these photos that I am very much inspired by those that lived during the Roaring Twenties/Great Depression. I’ve always tried to rise to the occasion with a free-spirited attitude.

God, I have been making music for as long as I can remember. I began writing lyrics when I was in 6th grade and bought a guitar that same year too. I had just previously discovered The Beatles and The Rolling Stones and I thought to myself, “Now that looks like a pretty good job.” And I’ve been writing songs and making music ever since.

What’s the story behind your latest release ‘Marco Polo’?

Well, the story behind Marco Polo began about a year ago. I was mindlessly scrolling through social media after a long day of work and I came across a post that discussed certain habits that people tend to do when they are going through bouts of depression and/or self-isolation.

One of the habits that were brought up was that oftentimes people that are going through this dark time in their lives tend to not want to respond to phone calls, texts, or any kind of messages for that matter. That hit me like a ton of bricks because that is definitely something that I had done before! So I decided that that needed to be a concept for a song.

So I decided to compare not wanting to text back during these bouts of depression to playing a game of Marco polo in a swimming pool. But the water is too cold. You’d rather not but you try to anyway. You want to get back to those people despite whatever happened or is currently going on but just…..can’t.

And it kinda sucks! And I know when it comes to communication like that, in the past I have always tended to overthink what I was going to say. Which also tends to become another reason to put off responding to that person. It’s a gnarly downward spiral and I know I’ve hurt people in the past because of this kind of issue.

Talk me through your creative process. What does a songwriting look like to you? Do you work from the melody and build around it? Or is it something that switches up from song to song?

Well as for my songwriting process, I am all over the place haha!! Change is the only constant amirite?!? But on my phone, I have several different notes saved that have phrases and concepts of potential songs. And those I just REALLY make sure I get down throughout the day so I don’t forget. After that though, I’ve always done chords and melodies first. Always have!

I’ll play the chords over and over again and hum a bunch of different melodies over the top of them and record them into my phone. Then I go back and decide, like, oh this melody could make a great verse. Or this melody sucks. Or this melody could make a great pre-chorus. Then I write out the lyrics. I’m not a great lyricist because I would say that’s where I definitely get hung up on the worst. I’m getting better about not overthinking it though.

Please share with us your journey so far as an artist from start to finish.

Well, I would say as an artist I definitely started my journey in junior high. I started learning how to play guitar. I started writing songs and singing. I was in several bands throughout high school and college and I was in a band that was serious enough that we decided to leave college and move to Colorado to pursue a career in music together.

We were together for a handful of years and during that time I definitely matured as a musician and entrepreneur, and I definitely had a better grasp on who I was as a person and learned to love that person and embrace it. As far as finish goes though, I don’t think that I will ever finish my journey as an artist. I will always continue to grow and learn different things as life carries on. I never want to plateau out. I want to continually rise to the occasion and continue bettering myself.

Who are some of the biggest influences as far as performers go?

Some of my biggest influences in regards to performers?? Well, I would say that The Rolling Stones are definitely up there. I’ve seen them twice in my life and those are some of THE coolest concerts I have ever been to. They’re in their 70s but they can rock the fuck out!! Roger Waters is another one. I saw him a handful of years ago during his Us and Them tour in 2017.

I’m a DIEHARD Pink Floyd fan so seeing him was the chance of a lifetime. So inspirational. I’d say another is Lana Del Rey. She was certainly an inspiration to me too because a part of her brand is also old school. Hers is more 50s and 60s Americana, California-esque while mine is Roaring Twenties/Depression but it’s still old school. Plus she’s a goddess so there is that haha!!

What’s the best advice you were ever given?

OK, I’ve been sitting here for a while trying to decide what the best advice I’ve ever been given is. That’s a good one. I would say that the best advice came from a quote. I don’t know who said it but they nailed it. They said, “Stop being afraid of what could go wrong and start being excited about what could go right.” Hit me like a ton of bricks. Love it.

Thanks for taking the time to talk with us today! Do you have anything coming down the pipeline for us to look forward to in 2021?

And you are so welcome. Thank you soooo much for having me! And yeah I mean, I’m always posting on Instagram, you can find me @brandonrileysings. I’d love to connect with you all. Plus I have another single in the works I hope to release in the next couple of months!!! I hope everyone has an awesome week!!!

Ronnie Diez aka Diez. is Priming Himself for a Great Year Ahead
Exclusive: Includedjay Interview with Muzique Magazine
Advertisement