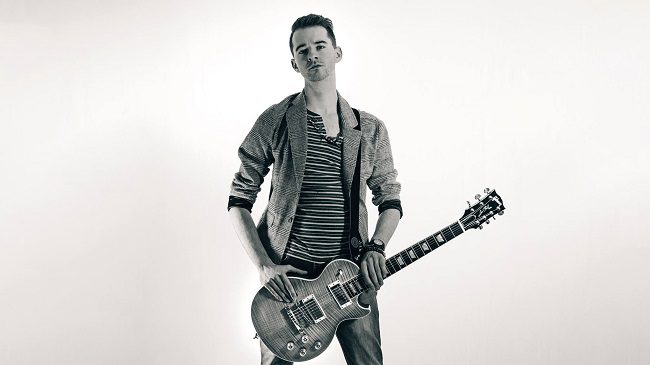 Canada, for at least 5 decades has been a long-standing quality exporter of rock bands. The thing back in the 1960s, 1970s, and 1980s about Canadian bands though was due to the lack of major label presence north of the 49th parallel, many of the Great White North’s finest had to trek down to the United States for gigs and sign to American labels.

Neil Young, a Torontonian-slash-Winnipegger who famously traveled all the way from Toronto to Los Angeles in a hearse to meet fellow Buffalo Springfield/CSNY bandmate Stephen Stills in traffic by pure happenstance could not have achieved stardom some 50-plus years ago from his post in local beatnik coffee shops and community centers.

Now in the far-reaching information age, there’s no need to travel 4000 kilometers for a major label deal- or to have a major label deal at all. One example from Canuck Country is the Fantazmics, a band from Brooks, Alberta that speaks plainly on their YouTube page of “Proudly producing 100% independent content”.

The “band” in actuality consists of one man- Joel Burchell- and his live backups, but you would never know it listening to his music until you saw the pictures on his Facebook with Burchell standing alone with a guitar. Otherwise, to the uninitiated, it comes off as a full, multi-man orchestration.

So far, Burchell has two records out Ghost from the Machine (2017) and The Fantazmics, from this year. The latter, self-titled record sounds far more cohesive and less demo-esque than its predecessor, tapping into a series of familiar flavors to rock and roll listeners everywhere: “Dance Club International”, the album’s opening track is astoundingly Sabbath-esque with an updated flair, helped in no small part by Burchell’s voice resembling early Ozzy Osbourne to an uncanny degree.

“Too Young To Die” swings a bit more with a slick layer of horn thrown over the top to diversify and emphasize the song’s direction. “Streets of Destiny” dials back the energy temporarily before breaking into some infectious grooves and impressive drum work, accentuated by the wonderful guitar textures Burchell slathers on to mold the track into a full, punching burst of power.

“Yesterday” keeps much of the same dynamic mood as “Streets”, although lyrically it is a little more inquisitive: “Why do all of my friends have nothing in common with me except history?” “Seafoam,” asks a few questions too: “Why can’t you open up your arms/why can’t you open up your mind?” while gearing towards more of a contemporary rock sensibility now that the opening vintage edge is established.

“The Dawn of the Superman” takes more of a 2000s alternative approach, finely marked by the crunching guitars, intriguing bassline, and light key work- all while telling the tale of a cute little rabbit running away from a gun, apparently.

“Falling” constitutes another interlocking sonic admixture: Sprinklings of hardcore drums, dance-punk guitars and tambourine, and a lyrical vow (or struggle) to overcome various addictions and salvage a personal relationship that threatens to fall victim to vice. “Wonder” strikes a mellower, slower note in comparison to the frantic accounts of substance abuse documented a mere track ago; Burchell asks his unnamed lover “do you want to settle down? We can build our house on the edge of town.

” In a finishing effort that surely can not all be done by Joel Burchell himself, “Parade” starts off as chorally-assisted electronica before exploding into a mighty, pounding rock tune, letting the chopper fly with each stomp of the drum at a faceless gaggle of haters: “Won’t you stop raining on my parade/there’s no need to be so angry with me/from behind computer screens”. Odd, interesting, a little bit vague, but nevertheless fitting as an album wrap-up.

The Fantazmics, made by the band (the man, really) under the same name is a strong and confident LP for an independent small-towner from Alberta. Though there are moments where the record is a bit lagging and some of the experimental dynamics don’t quite fit with the song overall, on the whole, it’s a record with a strong core and a lot more glowing potential for growth and development.

It records like this that show that the Canadian rock scene is thriving, changing and constantly pumping out a great product. Given that Mr. Burchell wishes thus far to remain independent with his musical affairs, he will be the master of his destiny regardless of where he chooses to take it from here.