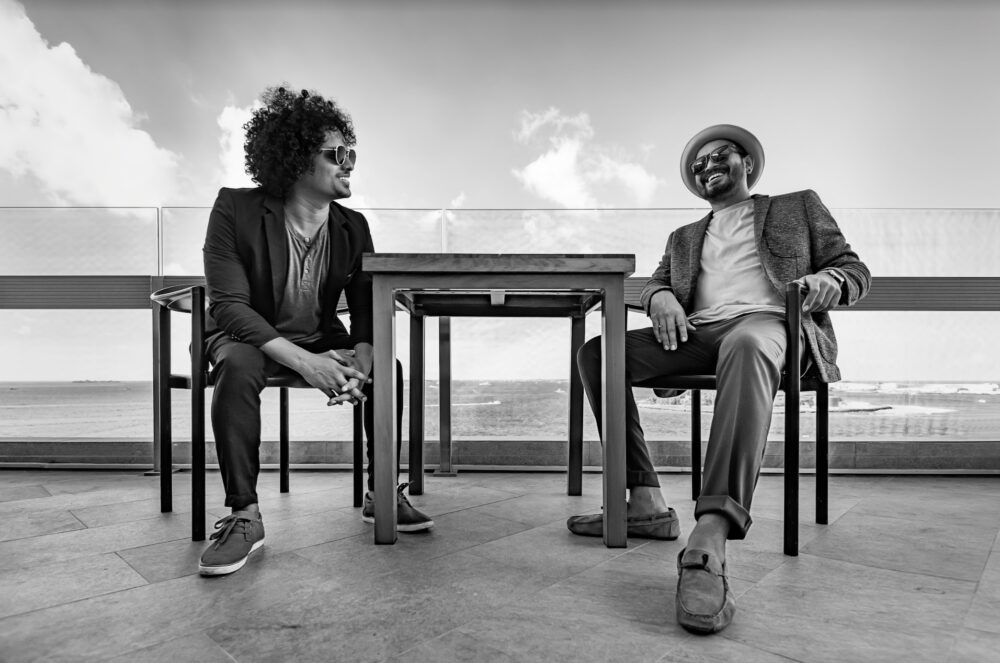 Faizan was one of the founders of Serenity Dies, the Maldivian rock band, followed by founding Skyrock, the progressive rock band. Along with drumming for Skyrock, he pursues his solo career.

Faizan and Husen manage to retain the scintillating allure of The Weeknd’s original version of “Blinding Lights,” while at the same time injecting the song with luscious tropical flavors, at once sensuous and percolating with seductive layers of sound.

The video, directed by Vishal Zaki and Vishal Amir, depicts the two musicians playing their instruments in a luxurious house by the ocean – a piece of paradise. As Husen’s saxophone blends with the rhythmic pulses of Faizan’s handpan, the music envelopes listeners, transporting them to the exotic utopia revealed in the video.

Muzique Magazine talked with Faizan to discover how he got started in music, how he keeps his sound unique, and what listeners/fans can expect in the future.

My journey started when I was in the first grade when I joined the school’s band. Since then until now, my life was always music.

It comes naturally, just like an artist who has the urge to create a painting and share with everyone.

How did you come to hook up with Husen?

We’ve been working together for some years already; in fact, he is part of my band Skyrock.

What motivated you to cover “Blinding Lights?”

What motivated me was the song itself, one of the best songs from the album.

We want everyone to enjoy our version of this beautiful song.

Where was the video shot enjoy and who directed it?

The video was shot at Ozen Reserve Bolifushi (Maldives) and the video was directed by Vishal Zaki.

Looking ahead, what’s next for you?

I’m planning to release this year a few more cover songs and my debut album as well.