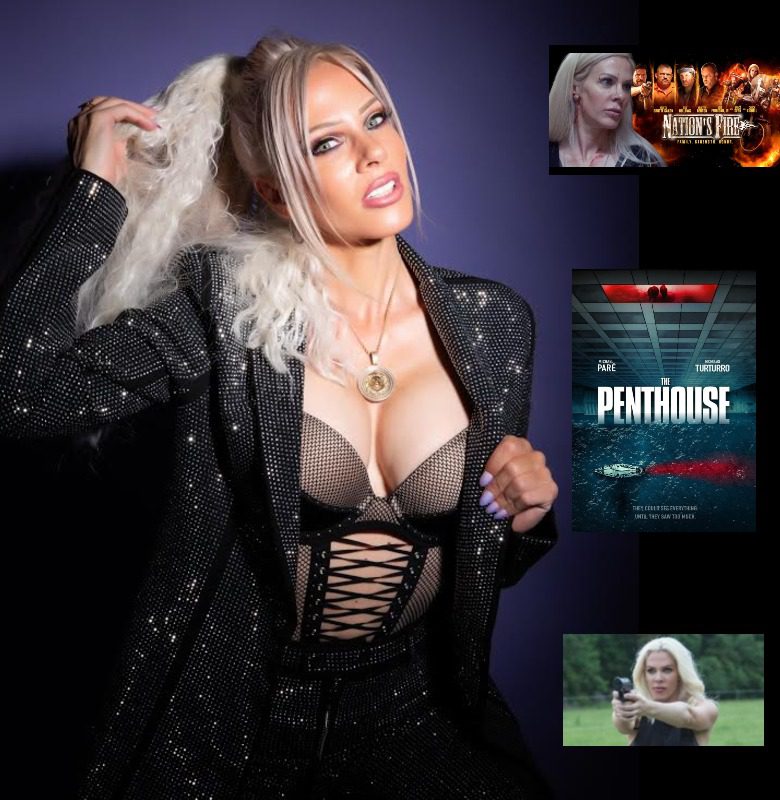 Krista Grotte Saxon is an American Actress, Model, and Executive Producer originally from Minneapolis, MN and currently residing in Florida. Krista is known to frequently traveling to The Big Apple, New York!

Krista has over 20+ years of experience in the entertainment industry. Winning multiple awards and being recognized for acting in the competitive film industry, Krista Grotte Saxon is making headlines with her latest new movie ‘The Penthouse’ which will be coming out through the hottest and biggest elite production company in the entertainment industry, Lionsgate Films!

WHAT ROLE DOES ACTRESS KRISTA GROTTE SAXON PLAY IN ‘THE PENTHOUSE’

The Penthouse is a thriller-packed film in which Krista plays the role of Tess. The film is a Rated R, IMDB has the official trailer of the movie and also official IMDB biography of the film ‘ The Penthouse” describes the film briefly as ‘A man covering up a crime assumes a nosy neighbor may have seen what he did. He turns the neighbor’s lives upside down to keep his secret. But is there more to his motive?’ We can’t wait for this movie to come out!

WHEN IS THE OFFICIAL DATE MOVIE ‘THE PENTHOUSE’ COMING OUT?

The official date the movie ‘The Penthouse’ is coming out is April 13, 2021 through Lionsgate Films and we cant wait!

WHAT ARE SOME THE LATEST PROJECTS KRISTA GROTTE SAXON IS WORKING ON?

It’s confirmed that Actress Krista Grotte Saxon currently has 3 film projects in the pre-production phase. She will also be featured in an upcoming movie, Scream Bloody Murder, which is directed by Shawn C. Phillips.

QUIET ON SET AND ACTION BY KRISTA GROTTE SAXON

Krista Grotte Saxon is also connecting with her audience in a new way in the digital era, by starting an exclusive youtube channel called ‘Silver Screen Queen Krista Grotte Saxon!’ featuring ‘True Crime Gone Hollywood’, where Krista shares with her audience dark and suspenseful stories of True Crime committed by true killers that have been famed in the Hollywood industry. You’ll have to check out this channel if you dare!

WHAT YOU DIDN’T KNOW ABOUT ACTRESS KRISTA GROTTE SAXON?

Always Looking amazing in movies, Krista does have a fitness story behind her! Krista Grotte Saxon is a professional internationally renowned published model and professional fitness model.

Every Hollywood Celeb and socialite is known to have a few quotes or sayings that they go by. Read below the 2 top quotes we love exclusive by Krista Grotte Saxon:

“Do NOT Look at Problems as ‘ WHY ME?” Look at them as “ TRY ME” – – Krista Saxon Grotte What are Krista’s Official Websites?