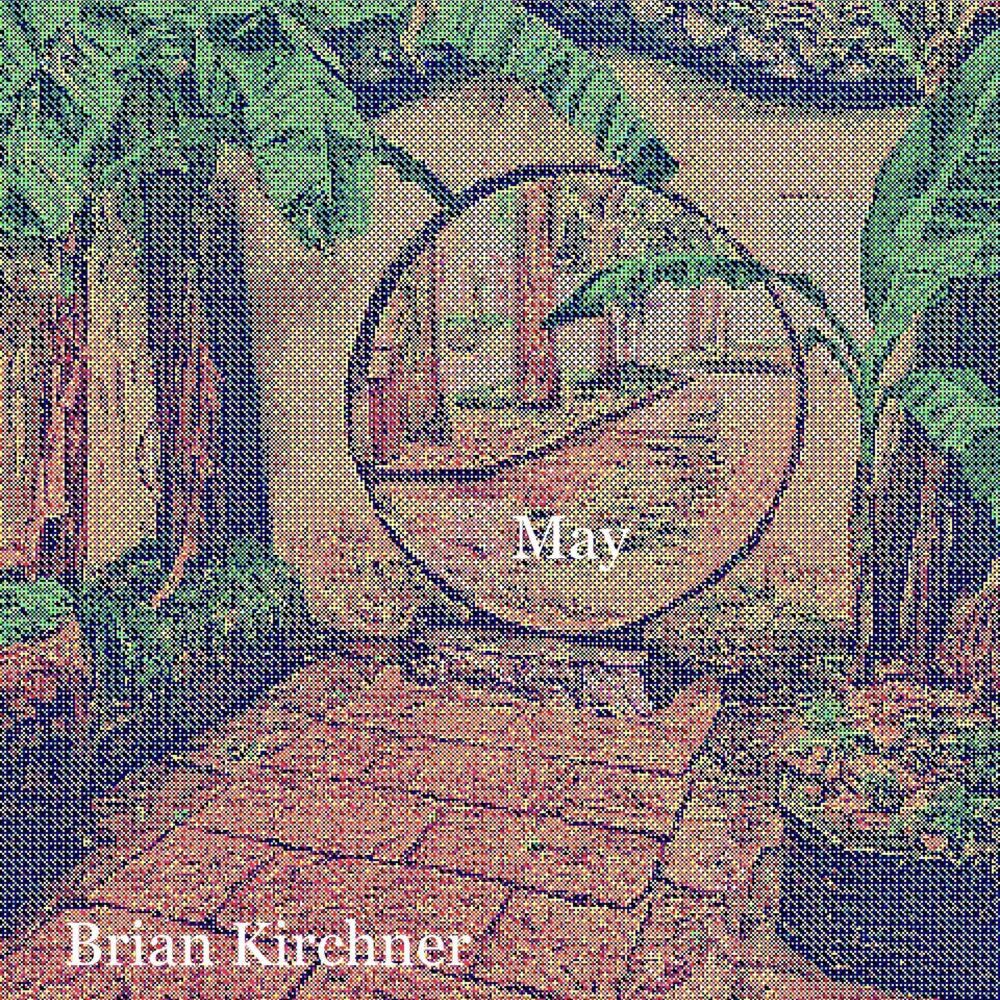 When I was quite young, my father bought a Zimmerman baby grand as an anniversary gift for my mother as it was a dream of hers to learn how to play the piano. Sadly, after a fall and injury to her left arm, my mother lost her ability to play the instrument and our living room piano sat untouched for several years.

I was about 11 when I first started to pick out some popular songs from the radio and record my earliest piano compositions. Seeing this wasn’t just a hobby, my parents enrolled me into an afterschool conservatory program, which began my formal music training on the instrument. Many of the early songs from these years were compiled into my first album, Nocturnes, and I’ve continued to write solo piano music at different benchmarks in my life.

After my mother passed away, I returned to my childhood baby grand piano and recorded this most recent album, May, in our living room in the months preceding the sale of the house.

I grew up listening to a lot of solo piano musicians like George Winston, Yann Tiersen, and Oscar Peterson. Over time, jazz, minimalism, and neo-classical influences started to shift and challenge my newer compositions. The new albumranges broadly in genres while still hopefully maintaining the original tone and spirit of my earlier work.

I wrote the songs on May during a darker time in my life. My father was very ill, and I spent the bulk of my non-hospital visiting days at home reading Haruki Murakami’s Wind-Up Bird Chronicle and playing the piano. The novel, which is truly an epic read, started to seep into my subconscious in strange ways.

My dreams became strange and vivid, and the new songs carried contradictions between lightness and darkness. When I finally recorded the album properly post-pandemic, I found our childhood piano further adding to this dichotomy in the music.

Zimmerman pianos are famously bright instruments and coupled with the darker origins of the music, I felt Murakami’s character May Kasahara, a young woman of constant optimism and exuberance, shining through the music. In the end, the songs felt far more hopeful and soothing in their new form despite the heavy circumstances surrounding their inception and recording.

During this album, one of the great challenges was recording on the old Zimmerman baby grand itself. When I inherited the piano, I found it was terribly out of tune. The key caps were falling off, the legs creaked, and the strings rang out during heavier playing.

The instrument was also extremely loud and difficult to control dynamically, prompting one of the men I hired to service the piano to advise me to “dump this old thing and get a suitable instrument.” Still, I grew up with the Zimmerman and its mid-range had a power and beauty unlike any piano I’d ever played.

Because of these challenges, I adapted each song to fall within an optimal range and recorded each hand separately to better control the wonky dynamics. This required an enormous amount of time and patience, and the recording itself was a battle against the clock with the impending sale of the house. As my sister and I sold the furniture and cleared out my mother’s belongings, the dynamics and acoustics of the house changed with the broadening of the room. On some later recordings like, “Wake Up, Toru” you can hear the echoes of the empty room distinctly. In the end, I ended up recording right up until the morning the movers came to take the piano away.

This persistence and isolation, both recurring themes in Murakami’s work, helped inform my current work ethic when it comes to recording and composing music.

I learned long ago that I’d never be a prodigiously technical piano player. The bar on classical music is set very high, but my repeated (and sometimes a little obsessive) revising and practicing of these original songs help offset the gaps I have in natural proficiency.

It’s been a difficult process of letting go of some of these musical insecurities, but over time I’ve started to care far more about the way the songs impact the listener than how they reflect on me as their creator. Piano music is often so concentrated on showing off the skill of the pianist, we often forget about the beauty and the transformative qualities of the instrument itself. This, I believe, presents opportunities and newer boundaries to be pushed in the genre.

It’s unlikely the next work will be solo piano. I’m currently writing more of an indie rock/folk album and hope to have that released sometime in the next year. That said, I still write solo piano music and play piano every day. The next full piano work will likely feature longer compositions and delve deeper into modern classical, Latin, and jazz genres.

My parents are a huge part of why my piano music exists, not just because they brought a beautiful piano into my life, but because of the many ways they encouraged me as an artist over the years. Though I’ve lost them both in the process of recording this most recent work, I hope their spirit lives on in the music.

My music is available on all streaming services. I also recorded several music videos on YouTube for May. I’m particularly proud of these videos because they feature some of my favorite artists, dancers, and comedians. You can check them out on my YouTube channel: https://www.youtube.com/channel/UC6_tVXE4XIcvhygYby1Y1Mg

Freedom is knowing how to love and challenge your work without the fear of outside influences. Once you have that in your life, every new accomplishment is a bonus.