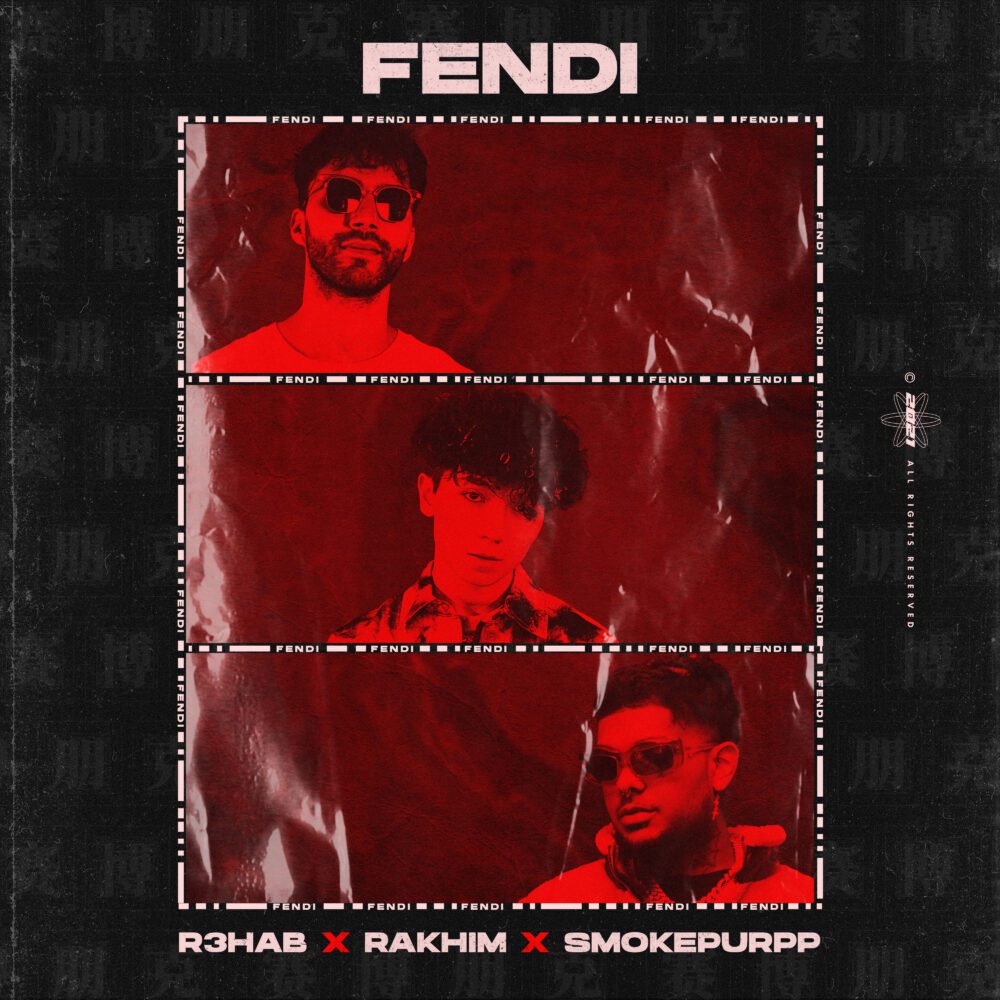 The first version of “Fendi” went viral on TikTok, followed by fans on R3HAB’s Instagram page clamoring for him to connect with Smokepurpp on a second, revised version.

R3HAB’s rise to musical stardom began in 2007, when he produced “Mrkrstft,” later remixed by Bred DJ Hardwell, followed by releasing Prutataaa with Afrojack, who then signed R3HAB to his label. With the release of his debut album, Trouble, R3HAB literally exploded onto the world’s music scene.

His remixes include P!nk, The Chainsmokers, Kygo, Danny Ocean, Sofi Tukker, Rammstein, and NOTD, resulting in millions upon millions of streams, putting him atop the charts constantly.

Talking about his collaboration on “Fendi,” R3HAB shares, “I’m always keen on working with artists from different music cultures and learning from them. It was a real blast working with Rakhim and Smokepurpp, who are really talented and both pioneers in their fields. What we came up with feels modern and breaks down so many genre barriers.”

Rakhim adds, “When I created the track ‘Fendi,’ my goal was to make it a worldwide hit. And when R3HAB and Smokepurpp offered me a feat, I realized that this was another step towards my goal. I’m sure that collaboration with such cool artists will give “Fendi” its second life and take it to the next level. You’re gonna love it.”

Rakhim, new to the scene, has already made his mark, topping the charts in Russia and the CIS, and making a huge impact via TikTok, Spotify, and Apple Music.

Smokepurpp, aka Omar Jeffery Pineiro, started out as a producer, followed by making waves on Soundcloud, leading to a deal with Alamo Records and Interscope Records. With the release of his debut single, “Audi,” he amassed 78 million streams on Soundcloud and 173 million streams on Spotify. He followed with his mixtape, Deadstar, featuring Chief Keef, Juicy J, and Travis Scott.