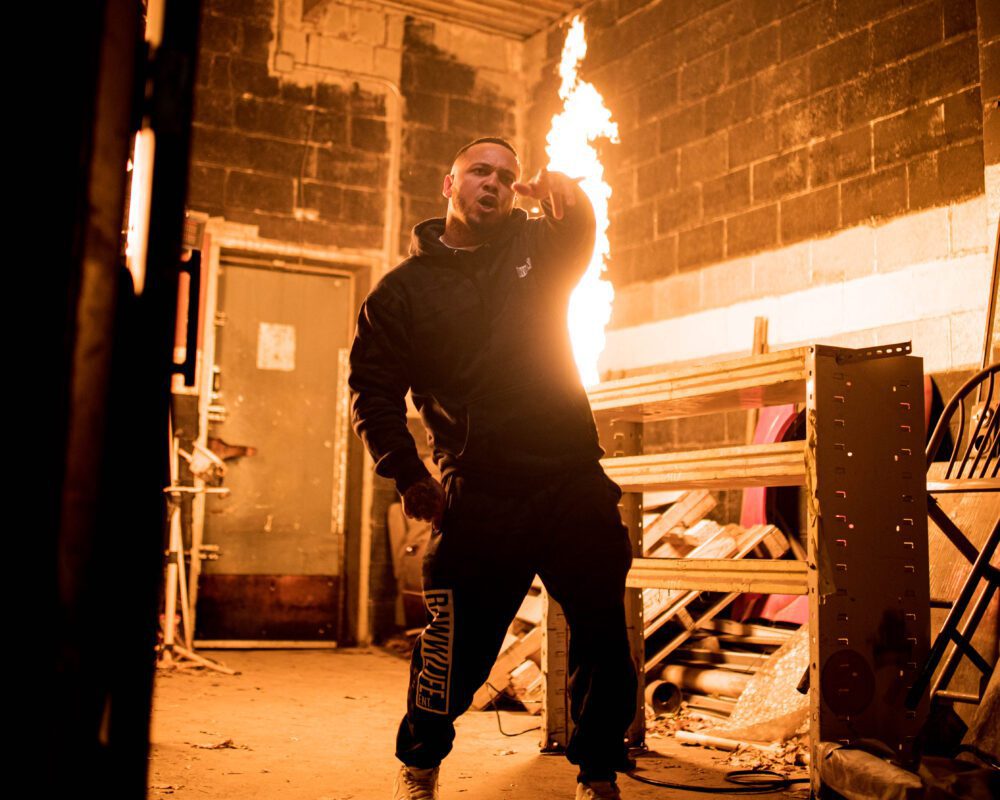 Currently residing in Madison, Wisconsin, rapper Tas Raww has had quite the journey to get him to where he is today. At just 17 years old, in 2010, Tas Raww found himself behind bars 23 hours a day while serving time in Dodge Correctional Facility. With all that time on his hands, Raww began to daydream about his favorite artists and the music they make. After seeing a constant trend in his thought patterns, it finally crossed his mind that maybe this was the universe giving him a sign that music was the route he was supposed to take.

When Tas was released at 18, the first thing he did was begin recording. He would spend hours upon hours grinding to perfect his craft. Over time, he has built up his own studio, learned a lot about engineering his sound, and explored different elements of music. “I want people to tap into the life behind the music and the lyrics because all of it is authentic and “Raww.” I make a bunch of different styles, I’d hope that people can leave with an uplifting vibe regardless, though,” says Tas.

Leaving his fans with an uplifting lasting impression is precisely what Tas Raww has done throughout his career. Most recently, Tas released the deluxe version of his first full-length album, “Keep the Change.” The tracks exclusive to the deluxe version include “No Vacations,” “Shine,” and “Passout.” Each of these songs offers a vibey listening experience that showcases Raww’s pure talent.

For Tas Raww, it took one of his lowest points to find the inspiration for what he was meant to do in life. From the age of 18, he has been working on his career in the music industry, and ten years later, Tas Raww shows no signs of slowing down. Check out Tas Raww’s Deluxe Version of “Keep the Change” on Spotify. You won’t be disappointed.

Continue Reading
You may also like...
Related Topics:Keep the Change, rapper