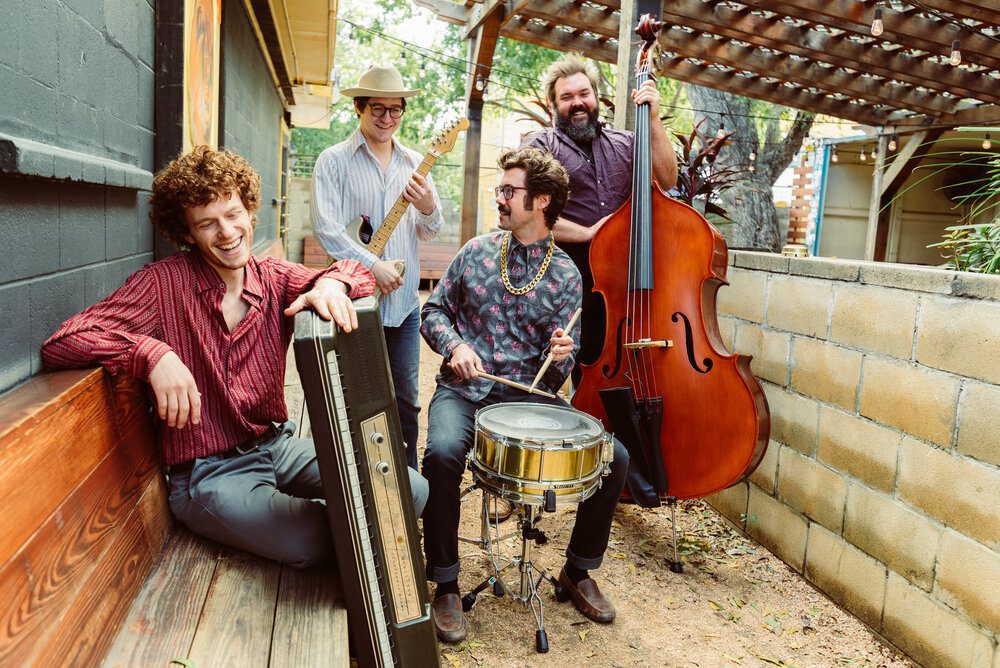 Micah shares, “I wrote these songs during that period of time, mostly to help me say all of the things that I couldn’t say in real life.”

Talking about the cathartic aspects of the EP, he goes on to add, “The rhythm and groove of each song helps to move all those feelings, in the hope of letting it all go.”

Made up of Micah Motenko (vocals, piano), James Gwyn (drums), Josh Flowers (upright bass), and Cat Clemons III (guitar), Motenko got together in 2018 and describe their sound as “groove-driven soul music.”

Rock At Night’s Brent Michael describes Motenko’s sound thusly: “The band’s sound, while Motown-esque, is all their own,” and likens them to Alan Parker’s 1991 movie The Commitments, wherein a group of Irish, working-class musicians form a soul band called The Commitments.

Motenko was just beginning to harvest attention in Austin’s vibrant music scene, maintaining residency at east Austin’s Stay Gold, when the pandemic brought everything to a screeching halt. Rather than stagnate, they hunkered down and began writing, followed by entering the studio to lay down tracks for their inaugural EP.

Releasing the EP’s opening track, “On Your Level,” as a single, Motenko quickly amassed more than 100,000 Spotify streams.

“On Your Level” features a contagious soul melody propelled by the sparkling piano riding a seesawing rhythm interspersed with boogie-woogie savors. Micah’s delicious voice infuses the lyrics with appealing longing flavors as he falls prey to the gorgeous vitality of life.

“Waiting All Day” opens on trembling, creamy layers of color mirroring the apprehension of handing over his heart to loyalty, thus losing his freedom. The drifting flow of the music fills the tune with hesitancy. Whereas “Follow Through” travels on darker smoldering colors atop a rolling, potent rhythm.

“Silhouette” offers a measured rhythm, loaded with a fat bassline and tight, chocking percussion as Micah’s rasping inflections elevate to a dazzling falsetto. “The Thief” tells a tale of allowing your heart to be stolen by other fancies. At once melancholic and regretful, Micah’s wistful timbres imbue the lyrics with sad remorse. A less-is-more refined guitar solo injects the harmonics with despairing coloration.

Simultaneously laced with tasty tints of R&B and dripping with the retro-soul relishes of Motown, Motenko demonstrates the undeniable charisma of soul music with essence.