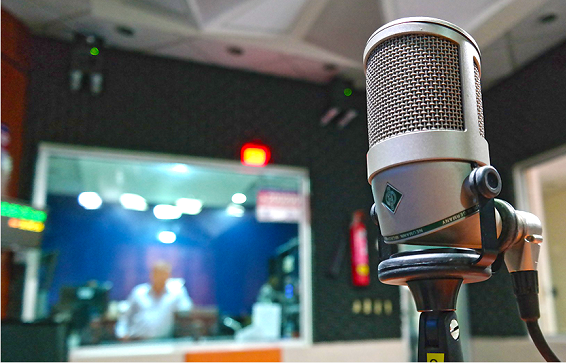 If you are sick of listening to the preprogrammed junk that’s radio today, stop cursing the DJ and instead take control of the airwaves. An FM transmitter is a simple device that connects to a music player and broadcasts audio via a weak radio signal. Receivers in the immediate vicinity can pick up the signal and you can even strengthen it to reach up to 100 feet with a few tweaks. While it might not be much, you can use it to transform your car into a vehicle that doubles up as a mobile radio station.

Here is exactly what you should do:

Take a look for radio masts UK for masts that will boost your signal.

Open up your transmitter

Find the seam on the case of the transmitter and use a putty knife to open it. If the transmitter is screwed shut, open it using a screwdriver. Be careful not to damage the electronics in the device. Once you have opened the transmitter, find the antenna. Antennas generally vary depending on the type of transmitter being used. The antenna might look like a small metal stick or it can be a wire, but in most instances, it is labeled “ANT.”

Remove the original antenna and in its place, solder the telescoping antenna. Your new antenna may not fit in the original casing of the transmitter, so make a hole for the protruding antenna or build a new case. You will find many cheap antennas out there that will work, just ensure that the new antenna isn’t longer than 35 inches. If the antenna is too long, the signal will be outside the standard FM transmission spectrum. You obviously want to make sure that anybody with a radio receiver is able to tune in.

FM transmitters usually have a resistor that’s marked with an “R” for limiting the signal’s power. Since boosting signal is this project’s goal, you should remove any resistors that you find. If you use copper wire to replace any resistor, it will be possible to boost the radio signal even further.

You will then want to select a frequency on the transmitter as well as the device you would like to broadcast from. The device that you can use and the frequency the transmitter broadcasts will vary from one model to the next, which is why you should familiarize yourself with the in-built specifications beforehand. You can then make your personal podcasts or broadcast playlist.

Testing Out the System

Once you have finished putting together the modified transmitter, it should be capable of sending out radio waves. However, you need to check this before going live. Connect the transmitter to your device and turn both of them on. Next, tune your radio receiver to the transmitter’s frequency. If you did everything right, you should hear audio that’s playing on the connected device. To test your broadcast radius, move the transmitter increasingly farther away from the receiver and once the audio begins to fade out, you will have found the limit of your transmitter.

Slap a bumper sticker on your car advertising the frequency of your station. That way, vehicles close to you will know what frequency to tune into to hear your broadcast. You will soon have a grateful audience of other commuters suffering through the traffic jam. Or perhaps you can tell the car that’s tailgating you to stop it.