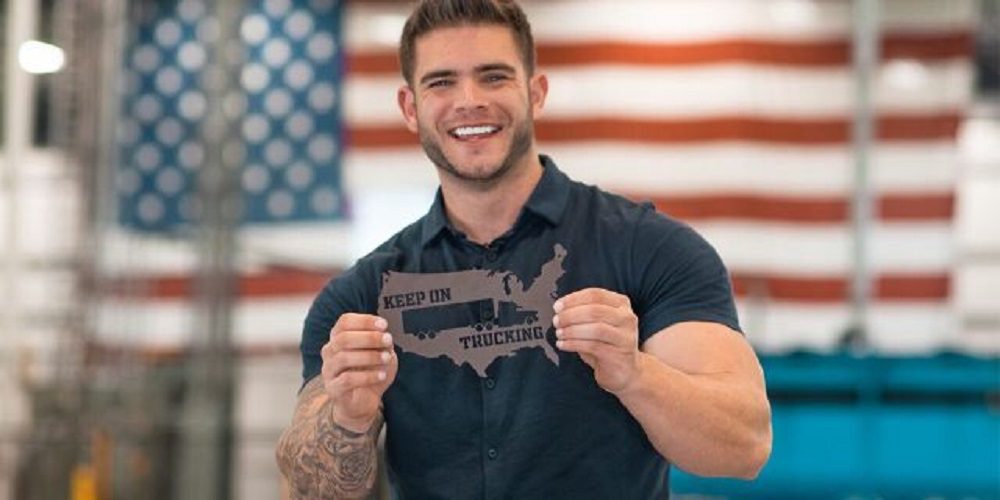 US Army Veteran Colin Wayne has been through a lot in his life. From surviving rocket attacks that left him injured in Afghanistan, to rehabbing himself to the point where countless fitness magazines featured him on their covers, to starting a multi-million dollar company Redline Steel, he has been through it all!

And through it all, Colin has had the sweet sounds of music by his side (in his ear). And with those sweet sounds of success, Colin has partnered recently with Hollywood stars such as Megan Fox, and gotten the attention of musicians like Jana Kramer, Riley Green, and Parmalee.

We spoke to Colin about how music has helped him through his journey up until now… and if we may ever see him transition into the music industry as a singer himself:

How has music played an important part in your life?

Music plays such an important role in our lives as it reflects both our emotions and feelings. Most people view music as a way of escaping life’s suffering, which in turn allows you to alleviate tension and reduce any negativity that’s affected your state of mind.

What type of music do you listen to while training – both during your time in the Army and now in the gym?

I typically listen to hip-hop/rap music while I train. Something with a good beat to really get the blood pumping. Some of the artists would be Young Jeezy, and Rick Ross. However, recently I have been on an NF kick.

How can CEOs like yourself use music to help motivate not only yourself but your employees?

While it’s difficult to motivate an entire team of employees on a dreary Monday Morning or Friday Afternoon, music may help evoke positive emotions that lead to a productivity boost, while also helping to improve employee interactions throughout the office.

She was such a sweet and kind person to work with. Her daughter Jolie, really enjoyed the “Dream Big Unicorn” we sent the Kramer’s so much that the design is actually a focal point in her daughter’s room—which was quite the surprise. We were thrilled to be able to contribute to the Kramer’s home décor.

Does Redline Steel plan on partnering with other musicians in the future?

Before working with Jana, we actually worked with Country music star, Riley Green, last year on a couple of customized products. Without saying too much, there’s definitely a high possibility we work with other musicians and artists in the near future. Stay tuned for more updates soon!

What music-related / themed products does your company offer?

Currently, we offer 5-6 different music-related Steel designs that are available on our website. Ranging from an Acoustic Guitar to a variety of Musical Notes, each design is offered in multiple color options.

If you were in a WWE match, what would your entrance song be?

What is the best advice you have ever been given and what is your advice to others wanting to follow their career dreams?

Don’t be afraid to fail. You can overcome defeat, but you can’t overcome obstacles that you were too afraid to try. Exploring your greatest fears can often lead to a cycle of internal growth as a person. The biggest barrier preventing you from achieving total success is your own personal critic.

Could we ever see Colin Wayne transition one day into the music scene and release an album?!

Never say never! When I entered the Steel Industry a few years back, I had practically no knowledge of manufacturing and had to learn as I went. In a way, you could say I thrive under that kind of pressure. That said, I’d have to take voice lessons and learn from one of the better coaches in the music industry before even considering that option.