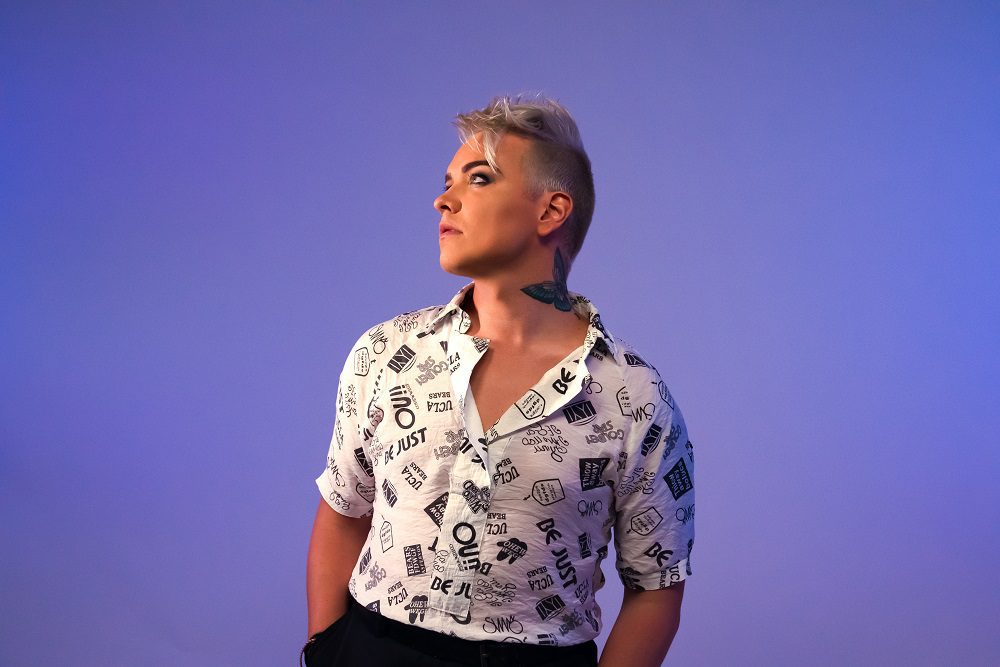 Divorce and changing countries fuels the LGBT+ pop singer NEEKOH to write about love, sex, and heartache. He releases falling’ after receiving support from the likes of nzmusicianmagazine, comeherefloyd, and POPMUZIK for his single ‘Dead City’.’ Falling’ shows NEEKOH coming back stronger musically in the ever-growing indie-pop-dance movement of today.

“Falling” offers deep and fresh electro-pop sounds with inviting vocals and catchy hooks. The song’s melodic arrangement envelopes you, then leaves you sitting with a synth-pop flavor at the tip of your tongue.

After arriving in New Zealand, the Finnish artist NEEKOH, one-name performance moniker of Niko Helenius, faces the challenges he has overcome whilst finding new love. Coming to terms with the changes in his life and the energy surrounding these emotions, pop singer NEEKOH, uses this to fuel his songwriting which dances around love, sex, and heartache we all experience in our lives.

Taking a break from his celebrity status in Finland, NEEKOH took it upon himself to delve deeper, explore, learn, and brave the world. The conclusion of the hiatus was that the only way going forward is being brutally honest and personal in his songwriting. After going through a divorce, NEEKOH eventually found love which encouraged him to move to the other side of the world. The upcoming EP ‘Dark Light’ is set to be released early 2021.

NEEKOH has come a long way musically as well as geographically since Finland’s Pop Idol finalist in 2014. Coming from creative industries, such as fashion and interior design, it’s no wonder NEEKOH’s natural flair shines through, enhancing his quirky and intriguing visual style.

My birth name is Niko, so I was thinking about using it but wanted to have something different. I found the visual look of the phonetic spelling of Niko, nee-koh, pleasing to the eye, so I decided to go with it. ‘Neekoh’ also means ‘Victory Of The People’, which is pretty cool, as it considers people’s perspective, instead of having just an internal view as an individual.

I remember being instantly hooked to play drums when my Dad told me about his musicianship and him playing drums. Also, when I first saw Spice Girls and Michael Jackson I was blown away and there was no turning back. The way those artists performed, danced and sang was just something so magical, I couldn’t even think about anything else.

Michael Jackson was the reason I started my first band at the age of 9. Since then, I went through a whole bunch of genres finding my home musically from metal to punk-rock, from pop-rock to pop. And now, I think I’ve finally found a playground in pop, where you can just create and explore the artistry without limitations, which is very satisfying.

My Mum has definitely affected my sense of style. I also admire Lady Gaga’s bottomless creativity and passion to re-create herself. I also tend to pick up things from the streets, movies, and everything I see around me wherever I go. Coming from creative industries, such as fashion and interior design, I love exploring the visual side of things, whether its clothes or creating album cover. I have few channels within the Fashion industry I’m constantly following and I think it drives my quirky, visual style.

A divorce and changing countries fuelled me to write about love, sex, and heartache. After arriving in New Zealand, I faced the challenges I had to overcome whilst finding new love. Coming to terms with the changes in my life and the energy surrounding the emotions from guilt and worthlessness to self-love and happiness, I used this to fuel my songwriting. So now my songwriting tends to dance around love, sex, and heartache, we all experience in our lives.

I decided to take a break from the celebrity status in Finland, to delve deeper, explore, learn, and brave the world. The conclusion of the hiatus was that the only way going forward is being brutally honest and personal in the way I write songs. After going through a divorce from a 12-year relationship, I eventually found love which encouraged me to move to the other side of the world.

That’s what my upcoming EP ‘Dark Light’ will be all about and it’ll be released early 2021. Sometimes I think to myself how far I’ve come not only musically, but as well as geographically since Finland’s Pop Idol finalist in 2014. I find it fascinating how much you can change and grow as a person and a human being, while still having that same inner child in you.

My upcoming single ‘Falling’, is about hopelessly falling in love with a stranger. The strange phenomenon where you feel entirely drunk on someone you don’t even know, which is terrifyingly beautiful. I had to take my chances and leave my home country and everything I knew behind to follow my heart. There was nothing else I could’ve done. Even though it’s a damn long way from Finland to New Zealand.

Musically, ‘Falling’ is in the ever-growing indie-pop-dance movement of today. “Falling” offers deep and fresh electro-pop sounds with inviting vocals and catchy hooks. The song’s melodic arrangements envelopes you, then leaves you sitting with a synth-pop flavor at the tip of your tongue. I kinda like exploring the worlds of indie and mainstream.

My greatest challenge must be perfectionism. I have to remind myself every now and then that it’s ok to be imperfect. That’s what makes us human.

My greatest work ethic must be having a growth mindset and resilience. I think you need those in this industry to be able to keep on going and believing in yourself and in your music.

To be honest, I think I’m the best version of myself to date, that I can be and I’m constantly challenging myself to improve.

I don’t think art should be considered in terms of who’s the best or worst. When you create music or art, you put your heart and soul in it and some people will like it, whereas some won’t and that’s ok. I think it’s important that artists support each other. Someone winning or getting ahead of you, won’t be away from anyone. We can all do this.

I’ll release few more singles by February 2021, before releasing my EP ‘Dark Light’ early 2021. Meanwhile, I’m looking forward to doing gigs and connecting with people and putting my music out there, and write more music.

I want to thank Vent Studio, Vesa Lappalainen, Jere Pehkonen, and Patrick Breuer for the amazing work you’ve done with me. You guys are amazing producers and sound engineers and you’ve had a major impact on my sound. I also want to thank my whanau, as they’re the most important people in my life. And last but definitely not least, I want to thank my partner, who’s supported me day in, day out. Thank you all, love you heaps!

Never give up, always try to improve yourself and don’t compare yourself to others. We all have our own journeys to travel and we are at different points on those journeys. Love and believe yourself.