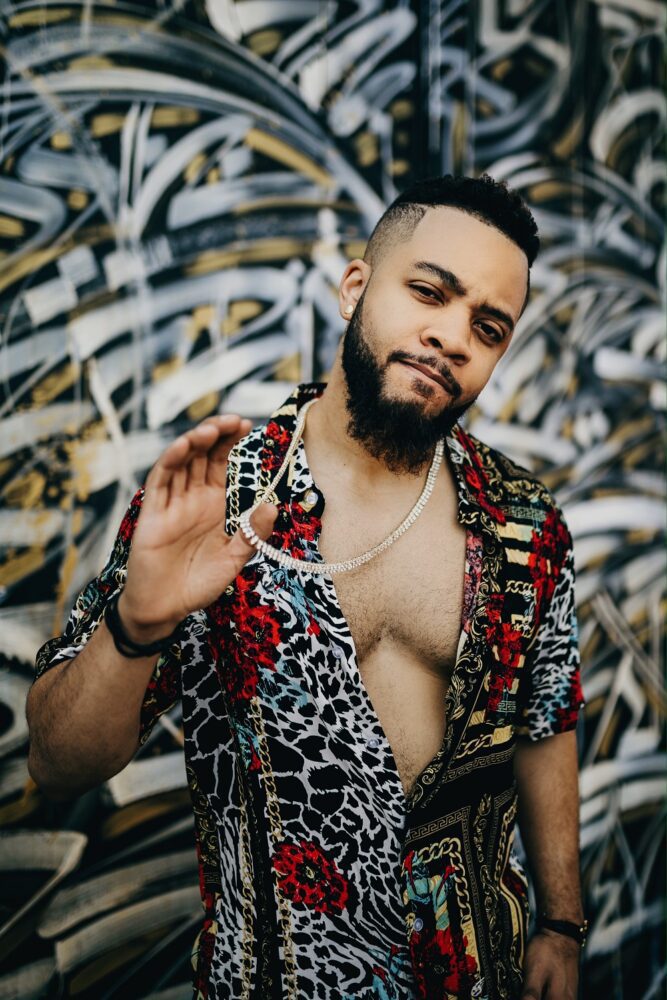 Ross Victory (Ross) is an award-winning American author, music artist, travel enthusiast, and author of the father-son themed memoir, Views from the Cockpit: The Journey of a Son and bisexual-themed Panorama: The Missing Chapter.

Ross is a millennial born in the land of low-riders, taco trucks, and celebrities—Los Angeles, California. As the son of public servants, a missionary father and a law enforcement mother, exploration and service were built into his foundation.

Ross spent his early years collecting Pilot pens, notepads, and singing and interviewing himself in a tape recorder. With an acute awareness for his young age, he was eager to point out hypocrisies and character inconsistencies in children and adults through English assignments. He provoked reactions from teachers with writing that could bite, wink, and smile. Though some of his writing was provocative for a third grader and led to phone calls home, adults quickly looked forward to what Ross would write or say next.

He quickly gravitated to writing music lyrics and producing beats to cope with isolation he felt in his childhood from being different. In high school, he impressed his classmates and teachers when he wrote and recorded a song about a nine-year-old girl who died from gang violence. At fifteen years old, Ross submitted the song to a songwriting competition. Competing against a sea of experienced adult songwriters, Ross was awarded the distinction of Runner Up. This validation was formative for Ross at his young age; it gave him the sense that he was on to something, and it was worth developing.

Over the next several years, Ross wrote and submitted his songs and stories to online competitions for feedback, which helped him find his direction, style, and voice. Editors and songwriting judges have described Ross’ writing as ‘never lacking soul’—palpably passionate with the ability to anger or soothe–but always descriptive and transparent.

​While pursuing a Marketing degree from Cal State LA, Ross interned in the Sales & Marketing team at Power 106 radio station in Los Angeles. This internship led to an opportunity at ASCAP (Performing Rights Organization), where he worked with the process of music publishing and obtained hands-on experience with songwriting and licensing.

​After completing his Marketing degree, and unable to land a dream job in the industry, Ross moved to South Korea to work as an English as a Second Language teacher. After many years of teaching phonics to advanced-level English, he began to work in Operations at several international language schools. These roles married Ross’ love for language, international travel, and Marketing.

After the back to back death of his brother and father, Ross was faced with profound grief which led him down a road of deep self-reflection. With laser focus and new-found understanding, Ross combines his creative passions and practical work experience to inspire and entertain readers and listeners with his books and music in a way that feels fresh and sincere.

My real name is J. Ross Victory. I go by Ross Victory or Ross. I wish there was a better story, but it’s my real name! No gimmicks.

I’ve been singing since I was 2 years old and writing songs since middle school. But I discovered that I “could not live without writing or music” after the back to back the loss of my dad and brother. After these losses, I knew that the only thing that made sense for my life was expressing myself through music and stories and reaching for my highest self at all times.

I was raised on 90s R&B, so at my musical core, there is Babyface, Jon B., Donnell Jones, Sade, Anita Baker, Boyz II Men, and more, which are the artists my parents played around my home. But also I like to turn up to trap, so I try to be expansive and diverse with my music. Also, I’m just creative, so I enjoy mixing up sounds and messages to be fresh. At the end of it, I’m always intentional.

I was born and raised in Los Angeles, and for years I’ve always wanted to write a feel-good banger about the sun, the beach (and beach bodies), the traffic, and a Mustang convertible. People come from all over the world to experience these things in L.A., so I thought it would be fun to make something like that.

I started with the cover art. I love Ford Mustangs and I love the pink and orange, starburst sunsets that L.A. has in the Fall and found the beat after the cover art, and it just came together very easily.

“Cali Cali Cruisin’, Cali Cali Boozin’, Cali Cannabisin'” I sing repeatedly. It’s super catchy, everything people in LA love, over a radio-friendly afro-beat. One day, I hope to hear it playing at the new L.A. Rams stadium in Inglewood.

My greatest challenge is like most artists – Cracking the code to turn passion into paychecks. Also, I have been mildly disappointed that friends and family aren’t as supportive as I anticipated. But with those challenges, I have also discovered my strength.

I am resilient, not afraid to be alone, and self-discipline. I believe fully in everything I do because it permits me access to personal freedom that others are not aware of. So it’s easy for me to be disciplined (now) and wake up with little support because I do it for my soul. I’m on my own timeline and create my own reality – I believe that.

I am an author and musician. For the next 5-10 years, I envision myself continuing to create worlds on paper that can be extended to music and audiobooks. I also have about 10 standalone songs that range from love songs to twerk-tastic bops. One day, I would like to take an original idea from paper to music, to audio experience, to film to hit all formats. I love branding, so it would be great if each project in and of itself was a brand with brand-appropriate products for sale.

I want to shout out Good Vibez Studios in Burbank, CA. where I recorded this track. My engineer and mixer, Pxncho! from San Diego. I want to shout out David Izaguirre, Jr. for the dope cover art. And I got to shout out myself for the vision and putting in the world to see this project through musically. Directing and editing the music video.

My first advice is for an artist to protect their heart. Not everyone is creative or has expansive mindsets and sometimes we can be targetted because of business naivety.

I also suggest the artist be willing to put money behind whatever they create. For example, be willing to money into promotion and marketing to reach more eyes and ears. I wasted a lot of time with catchy songs with great execution. But the tracks just sat there because I didn’t realize that you have to tell people about it.

There is a market for all of us, we just have to tap it. Even the biggest artists promote their projects, projects with bad writing, and horrible execution. Promote, so promotion MUST be done on whatever level you can afford.