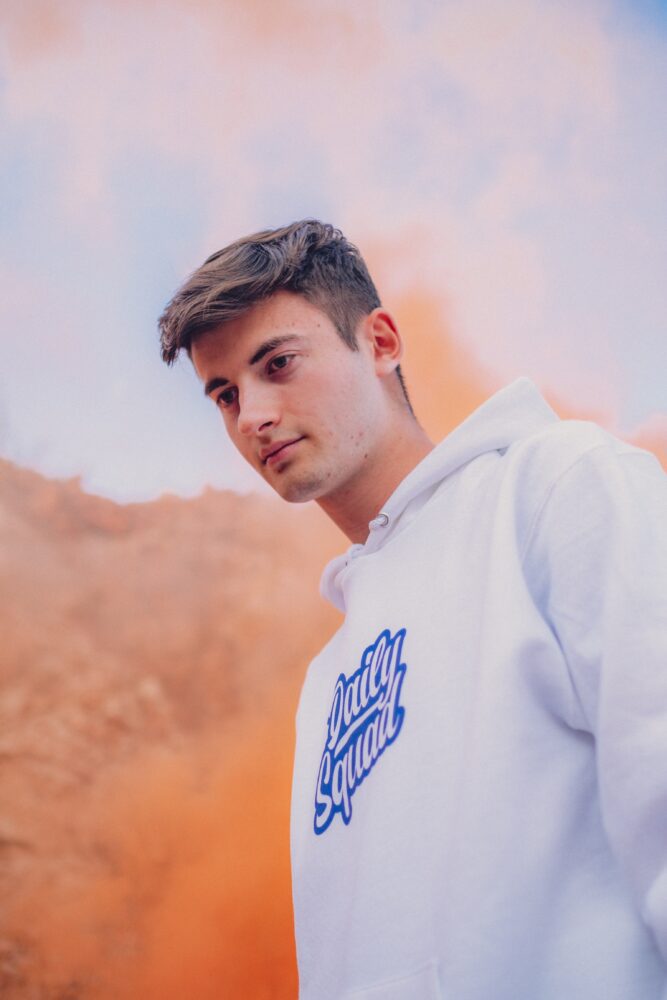 Music has always been the food for the soul. Thanks to the rise in technological development, artists can now have access to new ways to create music. They are no longer dependent on production companies or big labels to burst into the scene and make a name for themselves in the music industry. Matthieu Miguel, the artist behind Daily Squad has thrilled audiences in recent years.

Daily Squad is the music project headed by the French music producer and songwriter, Matthieu Miguel. This 21-year-old music enthusiast is making a statement in the industry with Daily Squad. His tracks range from pop to future bass and trap. His latest release “Upside Down” has created a lot of buzz among music enthusiasts. “Upside Down” was released on the label ‘Dripping In Roses’ based in Los Angeles.

With his recent release of “Upside Down”, Matthieu Miguel was able to take electronic music to a whole new level. The emotions and the melody of the track have got listeners to love it. The audience can feel a connection deep within while listening to the track. Matthieu Miguel as an artist feels accomplished when his audience can relate themselves to his melody or feel a deeper connection with the track. “Upside Down” has earned the expected response and Matthieu  is optimistic about being able to replicate his success in the future.

Matthieu Miguel stepped into the music industry in September 2020 with his single, “Make It Back”. His debut single was so well-received by the audience that Matthieu bagged the opportunity to sign with an independent label “Simplify Records”. There has been no looking back for him ever since.

His next project “Your Touch” was a remix launched in December 2020. The project proved his refined sense of composition and his passion for music. In January 2021, he self-released another track “Nothing Left” which also received an overwhelming response. His next single “Brave” under the label “Jupita Music” released in April 2021 established him as a music producer and songwriter in the industry.

His latest track “Upside Down” released in May 2021 took his project Daily Squad to new heights. Within a few weeks, this single track has already got more than 2000 hits in his official Spotify account. This is a testament to his skills as an artist and producer.

Matthieu Miguel has recorded all the tracks of Daily Squad in his own studio. His signature melody using guitar is prominent in most of his tracks. He loves to be an independent artist creating and composing his tracks on his own. Matthieu Miguel aspires to continue creating amazing tracks for his audience that will make them feel connected. This is the reason he always focuses on the melodic and emotional aspects of electronic music.

In the future, Matthieu wants to scale up his project Daily Squad. Besides creating his own music, he wants to perform live with Daily Squad. Currently, he is looking for some gigs to take his vision to the next level and help him stay connected to his fans. You can stay in touch with all the latest happenings at Daily Squad and information on new releases on Instagram, Facebook, and Twitter.