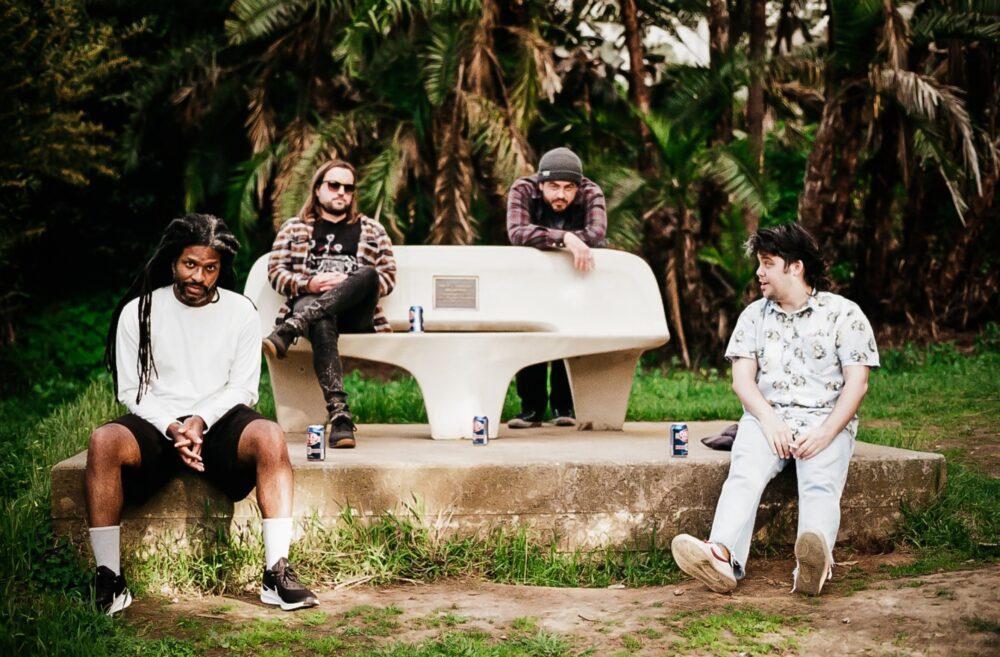 Based in San Diego, 10-19 & The Number Men is part and parcel of the city’s vibrant alternative hip-hop scene. San Diego Citybeat described their sound as “underground rap at its most wonderfully weird.”

Made up of 10-19, Joel Kynan, Brian Scafidi, and Sean Burdeaux, 10-19 & The Number Men take the boom-bap of established hip-hop and refashion it into a lysergic-flavored sound full of kaleidoscopic, dreamlike textures with hefty glowing muscle, at once dark and contagious.

Shot and directed by Upstate Productionz, the video opens with 10-19 & The Number Men in a voluminous drainage pipe suffused in eerie blacklight. Shifts to an empty parking garage, starkly vacant, where their figures appear like superimposed images, accentuating the hollowness in the backdrop.

10-19’s deep, rasping, and measured flow, blending spoken words with a melodic delivery, infuses the rhymes with wicked timbres, narrating his emotional response to the pandemic.

Because of “July 10th’s” totally dope, surreal sensation, Muzique Magazine spoke with 10-19 to find out how he got started in music, his influences, what he’s listening to right now, and the genesis of the name 10-19.

I grew up with a father who was a DJ. He had a healthy record collection that I was never allowed to touch. Naturally, I couldn’t wait to get my hands on his vinyl. In high school, my pops gifted me a sampler and one of his old turntables. After that, I was hooked.

Little Red Corvette by Prince is a shower favorite. I get busy with that one.

It changes all the time. But I’ve been listening to a lot of Brian Eno & Gil Scott Heron lately.

Cardi B and Megan Thee Stallion.

Good question, I’m not sure. Luck, I suppose.

Usually, the music comes first. It sets the mood, but every so often I’ll have lyrics written that we’ll build around.

What was the inspiration for your new single/music video “July 10th?”

Anxiety inspired that one. Last year, I was sitting at home feeling like the country was falling apart. It was, and I was nervous about it. Only thing I figured to do was write a bit about how I was feeling.

A sense of curiosity. Like, hey, who are these guys? What’s this all about?

The San Diego music scene has been on hold for the past 13 months, venues shuttered, etc. It’s slowly starting to pick back up, though.

I’d really like to play some shows. I’ve missed live music, A LOT.

Nelson Gucci Interview with Muzique Magazine
Interview: Chatting With Kendall Spencer About Being “All In”
Advertisement