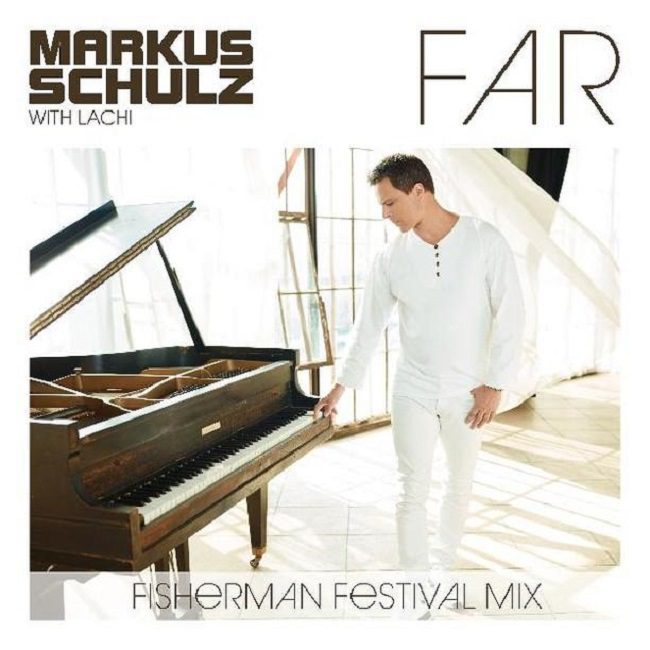 Markus Schulz, a long-established name in Trance Music, teamed up with Lachi, a songwriter whose credits trail on and on – the two released the explosive deep think track “Far” on Schulz’s 2018 album “We Are The Light.” Fisherman, a trance producer of Amsterdam, remixed the track, transforming it into a massive festival mix that’s been flooring the crowds around the world. After long anticipation, the “Far Festival Mix” has now been released by Cold Harbour Recordings for download on August 30. We sit with Lachi to discuss the song.

How did the collaboration on “Far” come about?

Big Management’s been pretty tight with Coldharbour for a while now and they’ve worked on a number of projects together. I was excited for the opportunity to delve into a genre that’s not my normal space. It’s been great to touch people with the song who will have otherwise never heard my voice.

Which do you like better, the original or the remix?

Both tracks are a large experience in their own rights! Fisherman’s festival mix really does just nail it though. There’s something about it that draws you in and forces you to notice every moving node.

What brought about “Far”? What do the lyrics mean?

At the end of the day, no one has yet experienced this infinitesimal moment we’re all experiencing right now. And every instance before this one, whether darkness or joy, no longer exists. I don’t know if other people find solace in that, but I find solace in that.

Any more remixes or a music video next for “Far”? Any plans for more Trance appearances from Lachi?

You know, Trance says “Hey, let’s think super deep, then let’s release that deep energy in a healthy transcendental way with a positive, likeminded community.” I’m here for it! As for Far, the song continues to go Further and Further! So I wouldn’t rule anything out.

Any final thoughts or shoutouts?

Definitely want to thank Markus for really loving my ideas, and subsequently whipping up the monster that is “Far.” A major shout to Fisherman for being mad talented and just a super cool person. And a big nod to Miss. DJ Nifta, ASOT and all the heavy hitters supporting the festival mix. The response has been nothing but awesome.

Dr Optimiser Talks About Love For His Craft, Upcoming Project & More
Interview with Hot Up and Coming Hip Hop Artist SO DOpe
Advertisement