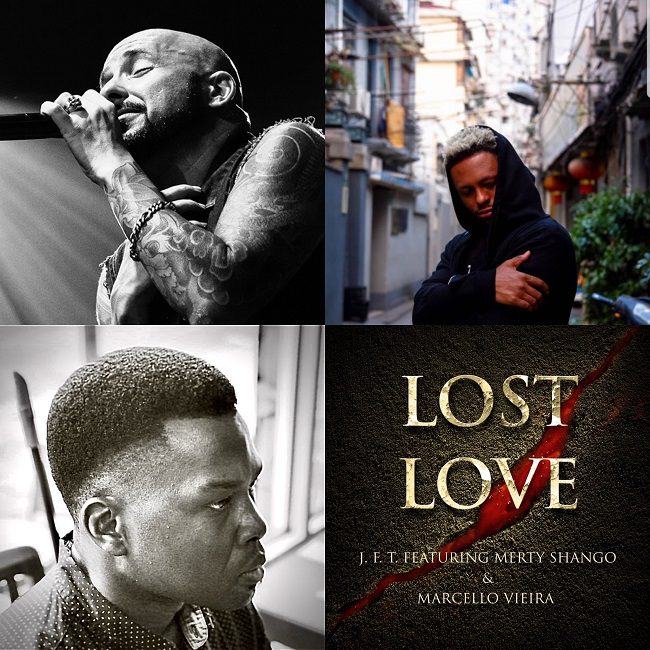 Since I’m an author, I thought it’ll be cool to use my initials as my pseudonym because I didn’t want to be a victim of typecasting or racially profiled and wanted my material to be accepted on its own merits, I know we live in a modern society but I’m not blind to the racism that’s still prevalent in it… my style of writing doesn’t register with a race but rather an era.

I wanted it respected and accepted for that… and I have to say it initially was until I revealed myself and then things took a different turn, but that was expected,  I have numerous examples but I won’t mention them here…to be honest I’ll love it to be known rather than swept under the carpet… anyway, because I started off by making a soundtrack for the 1st book I wrote, I had to carry the pseudonym on to my music; a more forgiving market when it comes to acceptance of race… I’m much happier in this market tbh…

Since my earliest years, I would hum music to myself inventing new melodies every second of the day… it was all I did as a kid… but life and family advice to choose a different career interfered with my decisions… later on in life, I became very ill and in that period my talents came flooding back… I developed an urge to make music and write as the ability to do other things became limited due to the illness… I composed 28 songs on my Iphones music app within a few minutes, songs I’m releasing up until this date…

My style is a combination of many genres as my preference is extremely wide, I don’t like or listen to songs based on their genre but rather melody… my taste is genre blind and doesn’t discriminate based on the source or type… I’m a mix of myself and every single artist or sound that I’ve ever heard, even ones I haven’t taken to…

On your future project, how did you come up with the concept?

I have 2 EPs coming out, one LoFi inspired 4 track EP and one LP, though I’m not sure how to look at it because it’s the same track with 10 mixes. For the Lofi EP due out in 2 weeks called Lab Junk (named so because I blended soo many genres making a mixed gumbo 4 track album).

I got inspired by a recent liking I took to the genre on Spotify playlists, I decided to start rapping and singing over what was playing and I thought to myself ‘why don’t I just record it’… and so I recorded my vocals and decided to create an EP based on similar melodies to the ones I voiced over via rapping or singing…

For the 10 track album, I was inspired by my youth… when I was young I’d buy a single and it’ll have an Acappella and instrumental version and I would rap alongside the instrumentals or mix the Acappella with other rap instrumentals, it was really cool, and I wished that some instruments were taken out, as I liked to hear the track with a combination of different instruments that were in it,  just not everything mixed together, unfortunately, equipment that could separate such things were not attainable at the time.

Now, that spirit of releasing a single with an Acappella and instrumental version has become a lost art… so I decided to bring that back, in addition, I decided to do some new things, i.e. release a guitar solo, vocals with guitar, vocals with all instruments less the guitar and then I’ll do the same things for the piano and so on… I’m offering people on my wavelength the experience I wish I was offered as a child.

I make music for myself first, music I enjoy, my theory is that there’s always someone out there with a similar brain pattern as you, they enjoy the exact things you do if you make music for yourself and can somehow use the social networking provisions we have now to reach those few or many, my job is done.

So I work relentlessly with every penny I get to make music I love… making money to make music has been hard since I “fell ill”…but whatever little I get, I spend all on music this includes cutting out many necessities…so it’s hard but when I hear my beat or see 1 follower gain it’s all worth it…

I feel it’s only necessary to compete with yourself, because of how individual each one of us is, no fingerprint is exactly the same, nor DNA, down to our faces and so on, they can be similar but never exactly the same not even with twins… so competing with others is like trying to find out if an apple is a better tasting fruit than a pear… it’s all relative to the one digesting it… so that question would be best answered by the ones digesting my music rather than me… but I’m most certainly better than myself of yesterday and hope to continue in that trend.

Make more music and books… hopefully, and pursue my other talents if I can earn enough money from these initial ventures… but my lips are sealed, for now, there’s a saying that goes you should never let your right hand know what the left is doing, I plan to follow that as much as I can if my mind would let me.

Ultimately God the creator of all things, the giver of life, love, and energy, next to my family and a small circle of friends who continue to support my very erratic and eccentric soul… and then the small but precious fans and followers I’ve managed to accumulate in my exceedingly short but extremely explosive 8 months music making and book writing career.

Best place to go would be this website link, although it’s still under construction, this section I’m giving is full of cool stuff I hope: www.jftauthor.com/links

Get first access to  my latest album as discussed here: https://distrokid.com/hyperfollow/jft/lost-love

Yes!!! I agree that music is to be shared and it’s great to make music for people, but don’t make music to be popular, make music for and from your soul… and your only competitor is the one that you’ve spent 24/7 365 days a year with since your birth till the day you exit the earth… ✌️&❤️