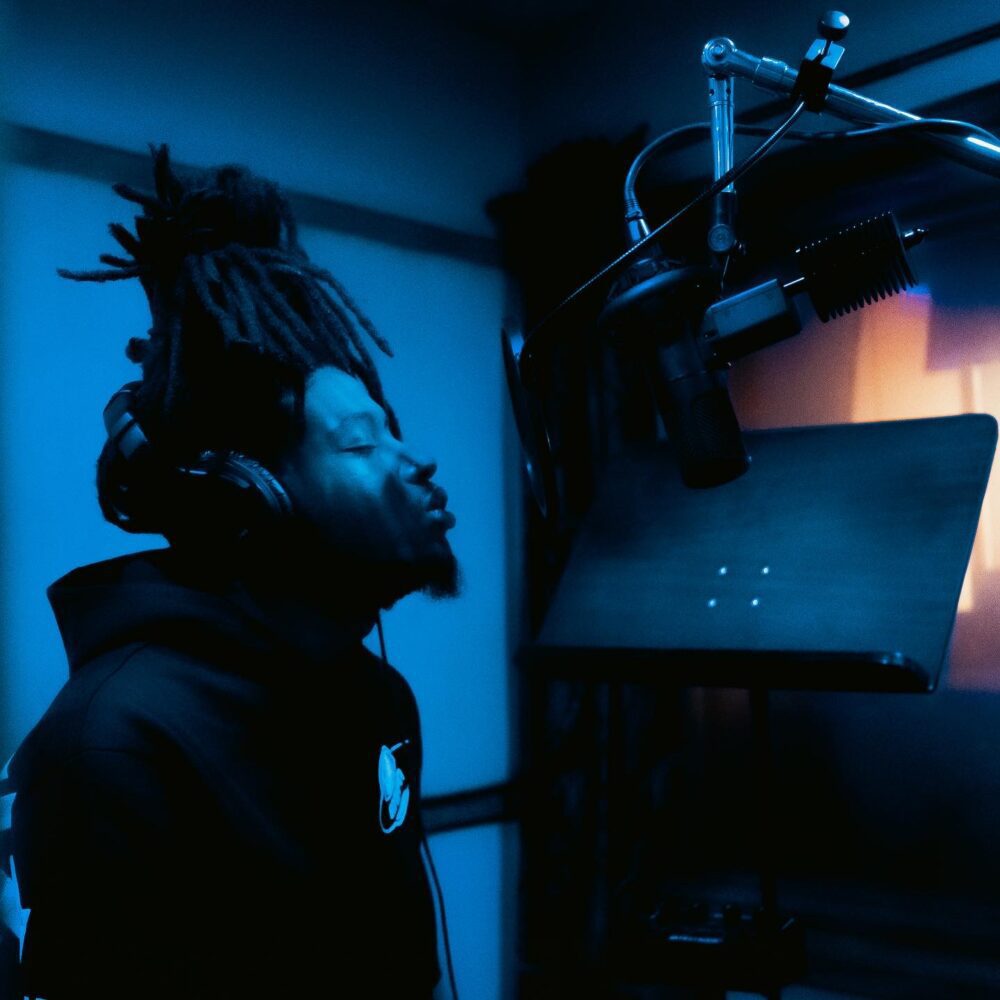 Hi, Lee On The Beats! Tell us about your background getting to where you are today.

Well getting to where I am today was a lot of trials and tribulations. I’ve been through the motions of the music business. I started as a rapper and later began producing my own records. Eventually, I started getting placements and got signed to “We the Best Music” after landing “Pop That”. Though I’m grateful and that was a successful lil run, I had to branch out and start building my own relationships. I just continued to move forward. I ended up meeting some supportive people which helped put me in a position to currently work with Bobby & Lou. Amongst other upcoming and newer artists.

When did you start music?

I started making music when I was about 9 years old on my sister’s karaoke machine, and my mom’s record stereo. I’d use the instrumental on Vinyl and just rap on them and record with a stage mic with my bro who lived up the block. Over time I just got introduced to a lot of people who were actually in the industry like Dj Clue, Fab, Joe Budden, Stack Bundles & The Riot Squad. Once I saw how they operated I leveled up. Then I started going to the studio around 14. Which is when I actually started making beats and recording.

How did you get into music?

I got into music through my mom’s CD collection. Along with my older cousin who listened to a lot of R & B. I think that’s where I got into music. It could’ve been from meeting a lot of artists on Desert Storm, but I think I was already into it before that. That’s just where I started realizing it’s something I could take seriously. My grandfather used to play Drums or Guitar for James Brown back in the day I can’t remember which, but he and my grandmother also were an influence on me starting. My grandmother always influenced me to play the keyboard when I was about 7-10 years old. Once the internet came the world changed. & once I understood the internet I think that also help me get into music more than I already was.

Who inspires you the most musically?

What do you want people to take away after listening to your music?

I want people to take away an experience after listening to my music. I want them to catch a vibe and feel what I felt when creating the music. My music tends to come from my real feelings and emotion so I want people who feel like me to feel that vibe. Whether it’s to overcome something in life or just to enjoy the day and release some stress. Ha!

Any new music coming out soon?

Currently I have more new music coming out with upcoming artist from NY Steph G.. Some stuff with Bobby Shmurda & LouGotCash. Another artist named Murkemz, and I’ve been working with a few other names I’m just waiting on the confirmation so I’d rather not mention. Oh! I have my own music coming out as well.

Anything else you want the audience to know about you?

At the moment no. I’ve learned to just keep things to myself until it’s necessary. People don’t really care about chit chat anyway. They want to see actions.

Keep up with Lee On The Beats over on Instagram:

Check out his latest collab with Bobby Shmurda:

Continue Reading
You may also like...
Related Topics:artist, interview, Lee On The Beats, Music, Producer