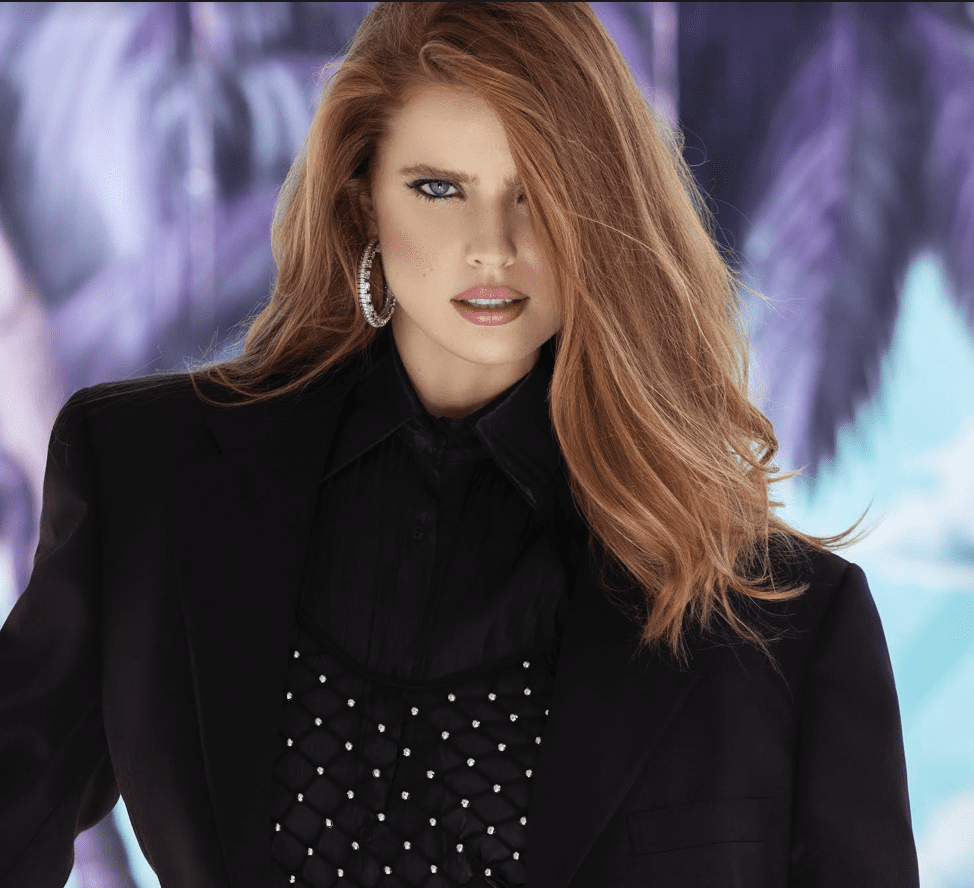 Emily Deyt-Aysage In A Editorial For L'Officiel Brasil

Emily Deyt-Aysage is an internationally recognised model who has appeared on billboards, in magazines and catwalks all over the World. Originally of French and British descent, Emily has modeled for famous designers including Vivienne Westwood and Chanel. To add to this, Emily has starred in TV Commercials for lingerie brands Cotonella and Coppel Canada and has been published in editorials for L’Officiel Brasil and more. Her debut world-wide campaign for Guess, was their Denim Fall campaign shot in Capri, Italy. It was this campaign that established her modeling career early on as a leading Guess Girl. Since then she has gone on to appear in Guess stores around the world, their Lookbooks and advertising campaigns. Most notably, she recently starred in the brand’s major 40 year anniversary campaign.

Deyt-Aysage is represented by several modeling agencies from the USA to Australia. To date she has starred in campaigns for leading brands including Guess, Cosabella, Tangle Teezer, Color Wow, HD Brows, Boxer Des Rue and Playboy Fragrances. Her debut on the catwalk was during London Fashion Week at just 16 years old when she closed the show for Caroline Charles and walked for other top designers including Ryan Lo, Emilia Wickstead and KTZ.

Thank you for speaking with us today! Our readers would like to know, how did you get into modelling?
I lived near London and every time I went into the city, I was approached by a model scout from one of the leading agencies who gave me their business card and suggested I should consider modeling. I was 14 at the time and as it happened a lot my Mum and I decided it might be worth following up with one of them. So we went to see Storm Models and I was signed on the spot.

Do you recall the moment you first found out you were going to be working for GUESS?
My agent called me and told me the news that GUESS wanted to book me for one of their major campaigns and I was beyond excited. It was a real ‘pinch me’ moment! I was so excited to have the opportunity to work with this iconic brand!

Over the course of your modelling career, what has been your most memorable shoot to
date?
I have been so lucky to work in amazing locations all over the world and each one has had something so special about it. One standout fun one was a photoshoot at the Le Mans 24 Hours race in France for GUESS, I absolutely loved the energy from the crowd who were watching, and the atmosphere was incredible.

Who is your greatest inspiration and why?
My mum. She is my best friend and biggest supporter and one of the strongest people I know, she brought me, my sister and brother up for a while as a single mum and she has shown me what you can achieve if you have drive and determination.

What is your favorite item in your wardrobe?

My favorite item in my wardrobe is my backpack because it travels the world with me!

What advice would you give to someone looking to get into the modelling industry?
Don’t compare yourself to others: everyone has their own unique look and personality so don’t feel like you need to be the same as everyone else to succeed. My favorite quote is admire someone else’s beauty without questioning your own.