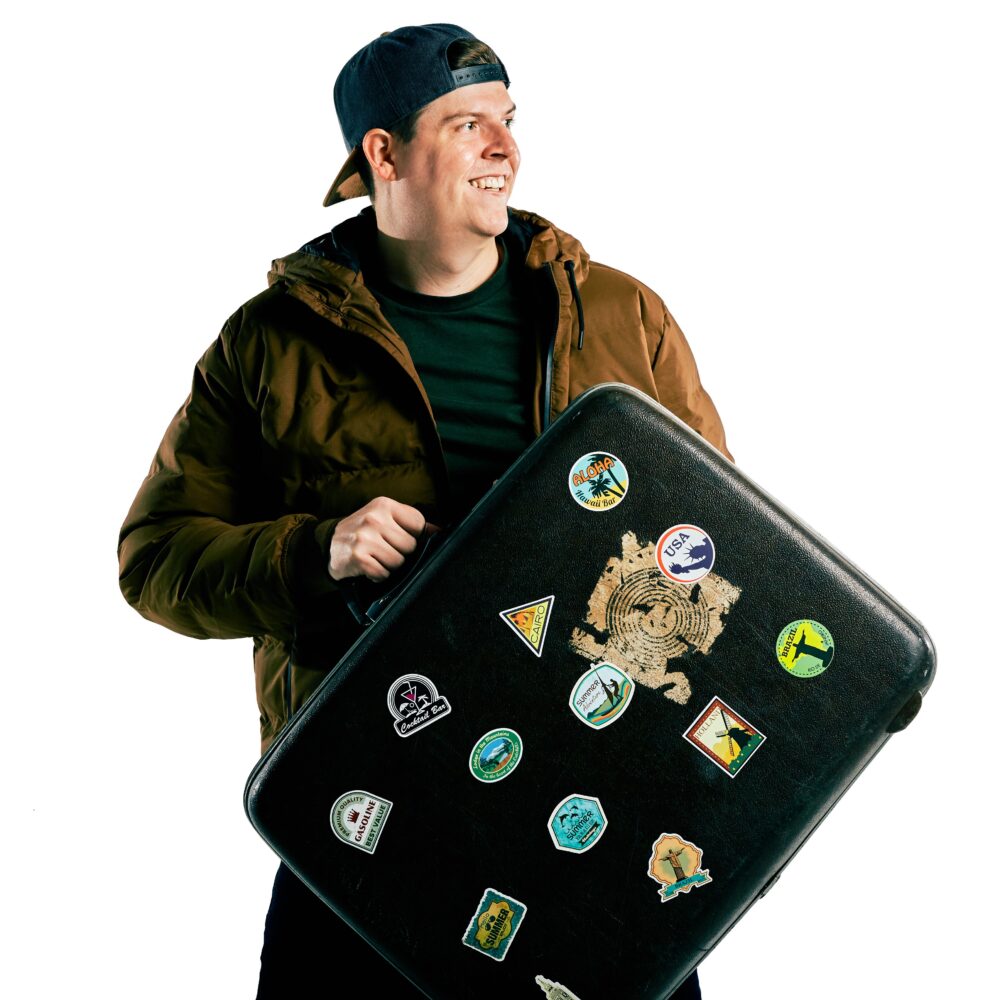 Teddy Beats exploded on the scene with “Ain’t Stoppin’,” via The Bearded Man/Armada Music, followed by releasing a steady series of hits on major labels such as Armada Music, Smash the House, Soave, and Warner Music.

Muzique Magazine spoke with Teddy Beats to discover more about the genesis of “Smile,” why he makes music and his magical chemistry with Jolee Nikoal.

Hey Teddy, thanks for taking the time. For those who don’t know you, who is Teddy Beats?

My pleasure! I’m just a tall ass dude that loves to chill, make music and have a good time. I’ve released songs on labels like Armada Music, Smash the House, Soave, etc., and DJed at some pretty cool clubs and festivals but I get the most hyped for late-night trips to Taco Bell.

Why are you a musician? Or more specifically, why music over anything else you might love?

Aside from my wife, there really isn’t anything I love over music. I’ve had plenty of hobbies and interests in the past but nothing has stuck with me like music. It kinda feels like an addiction sometimes, every free second I have, I start fiddling with music, even if it’s only for 5 minutes (probably why I’m always late everywhere I go).

Loving the new single “Smile” with Jolee Nikoal. Tell us how that came to life.

Thanks! Omg such a good story. Jolee and I live in different states, so we’re forced to record virtually most of the time but every now and then she’ll come visit to record in person, which she did for this song. However, this time Jolee didn’t sleep for 36 hours before her redeye flight,  was super hungover from the night before…. and then we took some edibles. Next thing I know, she falls asleep on the studio floor, mid-record, for 16 hours. I was starting to doubt we were going to get any music done on this trip but as soon as she woke up, we knocked out 4-5 amazing songs and this was one of them. You should’ve seen the smile on my face!

We really do! Working with Jolee is super fun and easy. Not only is she an amazing singer and songwriter, but she’s also super open to ideas and really trusts my musical opinion which isn’t always the case when I work with other singers (you know who you are lol). I think one of the best parts of our working relationship is our open communication; we can be super honest with each other during the recording process without hurting each other’s feelings which I think leads to the best song possible.

Who is your favorite artist/musician of all time?

It’s hard to say, it really depends on the genre, because I listen to so many different types of music. Some of my favorite dance artists are Kygo (shocker), Sam Feldt, and Lost Frequencies but I also love hip-hop artists like Kanye West, Drake, and Post Malone. I won’t get into some of my other loves like Weird Al (there would be too much to type), but I’m a huge Mike Posner fan and my all-time favorite producer is Max Martin.

Did/do they influence your style? If not, any particular artists that do?

Absolutely! Every artist I mentioned before influences me and my style in some way, especially the producers. I like to put their music on while I’m in the shower and really analyze their songs and think about how I could utilize those things in my tracks. My favorite is when I can incorporate an element of a song from a different genre into my music. It makes for some really original sounding shit when it works out (which isn’t always the case)!

The message behind “Smile” is pretty self-explanatory. What else do you want people to take away from listening to your music?

Ehhh, I think it’s important to leave that open to the listeners and let them decide. Sometimes when I produce a song, I have a very clear idea of what the feel or vibe of the track is but once it’s released, some people interpret it very differently. I think some artists would find that annoying but I love when fans are engaged and relating to my music which is super awesome in my eyes.

Can you share some insight into your creative process? Any studio rituals?

Sure! I usually start all my tracks with piano chords, followed by a basic drum beat, then the bass, and finally the melody. That’s when I’d send it off to a vocalist, if I wasn’t given vocals ahead of time, to build around. After I get their vocals back, I start adding all the bells and whistles, changing the instrument voices, and making adjustments to the beat, like neurotically changing the melody a zillion times. As far as rituals go, I thoroughly enjoy smoking doobies and drinking really sugary coffee while I produce (or whenever).

COVID-19 has been difficult for many artists. What’re some ways you’ve dealt with the pandemic?

My heart goes out to every musician/person/family that was negatively affected by COVID-19 but I was lucky in the sense that quarantine turned out to be a pretty positive experience for me. I was on a college tour when COVID hit and had to cancel the rest of it which sucks but it gave me a lot more time to focus on finishing songs and getting them out. As a result, I was able to increase the number of songs I put out a year exponentially (did I use that word right?) which has really helped my growth as an artist.

So your fans have seen you play on some pretty big stages and a little bird told us you have a ton of music on the way. Any details you can share about what fans can expect in the near future?

Haha, the rumors are true! A have a ton of new music scheduled for release with a ton of exciting labels (and a few self-releases sprinkled in there, too) and a whole lot more in the works with different singers and producers, both new and old that I’m super hyped about, including some official remixes I did for some bigger names. I’m also looking forward to getting back to live shows; DJing for your wife and cats in your living room just isn’t the same (sorry guys!). I was booked to play Electric Forest before quarantine fucked that all up, so I hope to make that one of my first stops post-COVID, but ya never know these days!