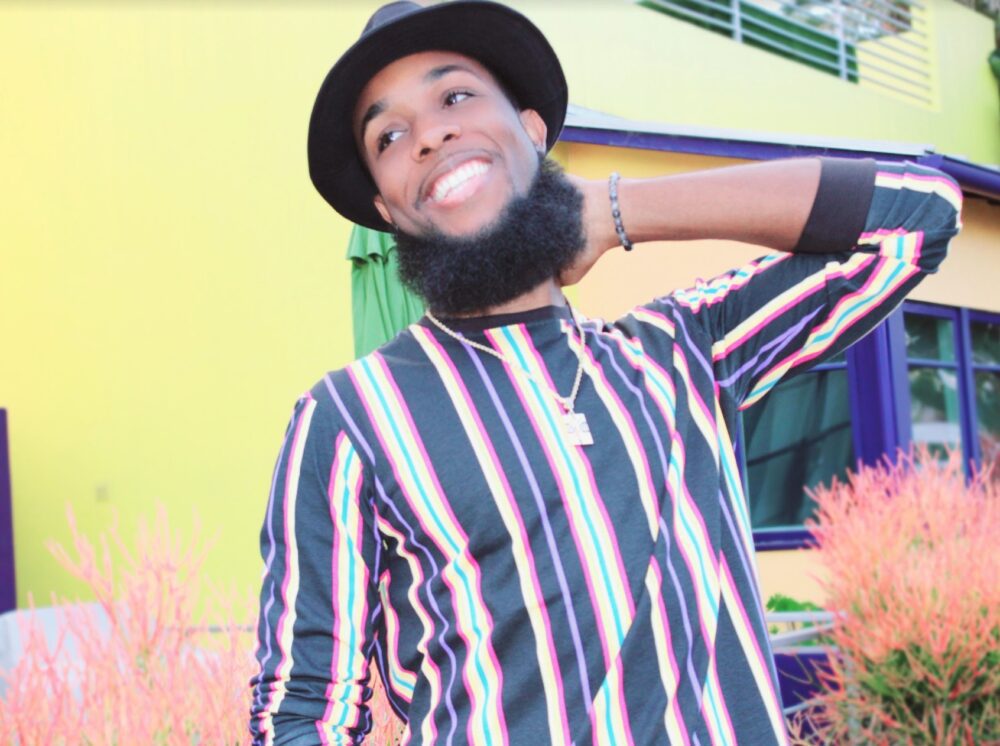 Rapper JustPierre recently unveiled the music video for “365,” featuring Brian Marquee, a song about trusting in God despite the hurdles dropped in your way and doing so every day of the year – 365.

To some, hip-hop and Christianity might appear antithetical, but not to JustPierre, who began his music career as a secular artist, working with Snoop Dogg, YG, Vixen ENT, The Rej3ctz, and others. In 2012, he converted to Christianity.

Since then, he’s been serving the Lord at church and through his music, blending the heady muscle of hip-hop with reminders of who is ultimately in charge of everything – Jesus Christ.

Shot by Jesus Salazar and directed by JustPierre, along with Cherish Stephens, the video depicts JustPierre and a beautiful young woman cruising the boulevard on a sunny afternoon. The top of their red Audi convertible is off as they jelly roll down the road.

When they stop, JustPierre can’t help but let his smooth flow celebrate God and attract listeners to his message.

Muzique Magazine sat down with JustPierre to find out more about the person behind the music, how he got his start, and how he keeps his sound fresh.

My music career began in 8th grade when a friend asked me to join him in a talent show. Everyone loved his part of the performance, but mine… not so much. So I practiced my lyricism for 2 weeks in preparation for our next performance. But when I asked my friend, “Hey, when are we doing another song?”, he informed me that he wasn’t interested in pursuing a career in music. A passion for this art form was birthed in me, despite my horrible performance, and I’ve been making music ever since.

“Love” by Keyshia Cole. That reverb just makes me hit every single run (or so I think).

Hip-hop is by far the most popular music genre in the world. How do you keep your sound fresh and avoid coming across as derivative?

The key to developing an original sound is to avoid having a favorite artist. As the saying goes, “You are what you eat.” If the majority of your diet consists of 1 or 2 artists, even 1 or 2 genres, then when it’s time to express yourself creatively, subconsciously, you’re going to mimic your favorites because you’ve accepted their way of artistic expression as the best way.

Both. I use music as a source of inspiration, but I typically try to write without music. This way, the totality of my focus is dedicated to lyricism as opposed to just trying to sound good over the beat. Once I am confident that my lyrics are impactful, I then rap my lyrics over the beat to ensure that it flows organically.

What was the inspiration for your new single/music video “365?”

The message I’m conveying is that “God is good, all the time. 24/7, 365”, so I wanted to capture a video that expresses this idea in the aspect of everyday life.

“365” was filmed by Jesus Salazar in Beverly Hills, California. I directed this music video with the assistance of Cherish Stephens.

I am set to release my 3rd album titled Royal, June 18, 2021. I’m also releasing a new song every Friday until the end of 2021. Wherever you stream music, please follow me so that you don’t miss out!

Any people you want to thank or give a shout out?

I want to thank my bro, Sulu, for asking me to join him in the talent show. I wouldn’t be a musician today if it weren’t for that moment.

Special thanks to pilot Cherish Stephens for her unfailing support.

Big shoutout to hairstylist Tiffany Kennedy for believing in me since day 1.

Major shoutout to my church for providing me a platform to perfect my craft.

And thanks to Lecrae and Reach Records for inspiring me to use my gift for God’s glory.