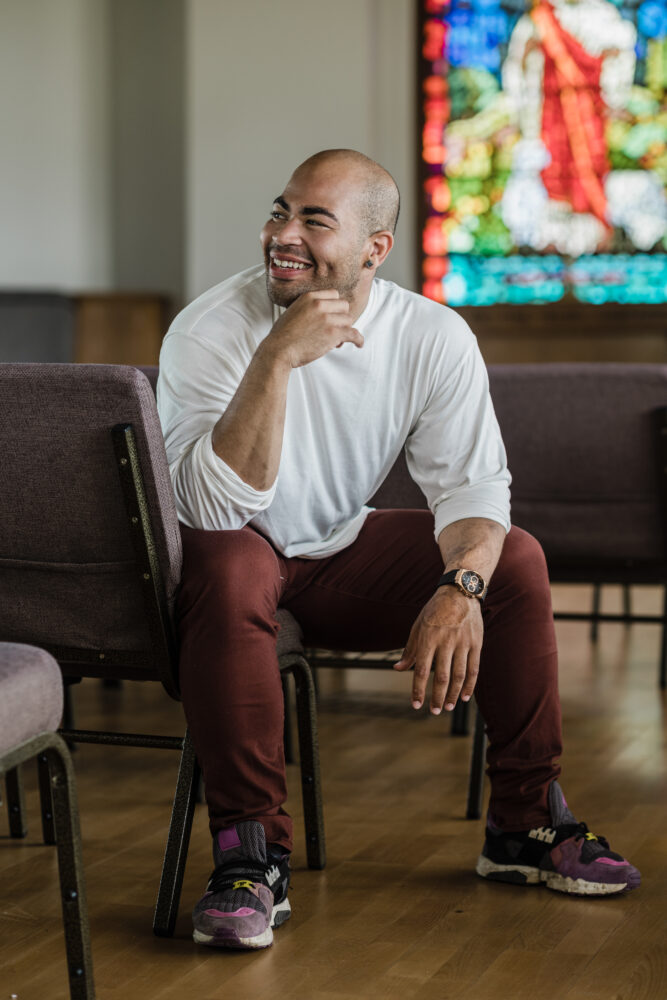 INFJ Kenzo, a rising music star and the artistic director of OTAON x Streetwear, visited the Global Forum for OPERATION HOPE in Atlanta, Georgia, from December 11–13. The HOPE Global Forum was a priceless opportunity for participants to hear from experts in many industries and learn best practices. To overcome the economic gap, participants had deep discussions and listened to respected leaders from the public, private, and nonprofit sectors.

According to Operation HOPE’s founder, chairman, and CEO, John Hope Bryant, “Our Annual Meeting is the most significant meeting in the world for leaders devoted to developing an economy where the advantages and possibilities of a free enterprise may be extended to everyone.” We’ll have dialogues with people and organizations to show that being successful and doing well are not mutually exclusive and that you can expand the table, add seats, and boost your bottom line simultaneously.

The Global Forum provided Kenzo with an encouraging platform to continue advancing the causes of disadvantaged communities. He is appreciative of the chance to take part in such important work.

Kenzo is dedicated to making a big difference in people’s lives worldwide throughout the holiday season by utilizing his platform and influence, not just through music but also a number of humanitarian efforts. It is a fantastic chance to fundamentally improve the lives of people from marginalized communities who are experiencing financial hardship. By working together, we can close the gap between increased financial inclusion and ensuring that no one is left behind.

Kenzo, an INFJ, also spreads a special holiday pleasure in California. Kenzo will perform at Club Bahia in Anaheim, California, on December 15 after attending the OPERATION HOPE Global Forum in Atlanta, Georgia, from December 11–13.

Kenzo is delighted to participate in the event and support Operation Hope’s goal of uplifting the underprivileged and disadvantaged to advance equality for all. Kenzo will turn Club Bahia into the ideal location for the holiday party with a special fusion of hip-hop, rap, and soulful feelings.

Kenzo invites his followers and admirers to an event featuring music and thought-provoking discussions about how to unite our community during the holiday season. So join us this Thursday at Club Bahia and prepare for the perfect Christmas party.

Kenzo, an INFJ, is a unique kind of artist. At the age of 16, he took a decision that would change his life to save a person who was in trouble. When he saw a girl overdose on fentanyl, he took urgent measures to improve her situation. Kenzo, an INFJ, was made aware of what is essential by this incident, which led him to realize that it is the people we love and those around us. INFJ Kenzo was inspired by this insight to pursue a rapper career to bring about change while also giving audiences hope.

His music is distinctive and enthralling; it is influenced by both his own life experiences and those of others. Through his songs and how he conducts himself as an artist, he seeks to set a positive example of inclusivity and love. INFJ Kenzo prioritizes making music with a purpose—harmony that moves people. He wants to dismantle genre barriers through his art and encourage people to look outside the box. He aims to demonstrate to his audience that anything is feasible and that they can accomplish their objectives no matter what.

In the hip-hop community, the artist Kenzo is a versatile and productive character. He works with some of the business’s most well-known musicians and producers, including critically acclaimed Death Row Records E.P. Darren Vegas. His distinctive voice is an intensely lyrical blend of profound reflection and dark, appealing music. He has gained a devoted following among hip-hop fans for his unique style, and his deep, contemplative lyrics frequently tackle the darker aspects of his psyche. His most recent album has achieved great popularity, with more than 10 million views in 80 countries within nine months of its publication.

Kenzo is a musician and a senior English literature student at his Lutheran institution who is also majoring in Latin and Greek. Additionally, OTAON x Entertainment, which includes its subsidiary OTAON x Streetwear, was founded and is managed by him. Kenzo intends to contribute positively to his community by using his skills to create wonderful jobs that benefit others.

He claims, “I’ll never live up to my potential since I care more about the people around me and helping to lift them up than anything else. It’s not at all about me. But in all honesty, I enjoy the voyage. Take a moment to breathe and appreciate the good things in life.”

To listen to his album, visit here.

Continue Reading
You may also like...
Related Topics:INFJ Kenzo, OPERATION HOPE in Atlanta

MUSIC ON THE RUNWAY
Top 10 Interview with Billionaire B
Advertisement