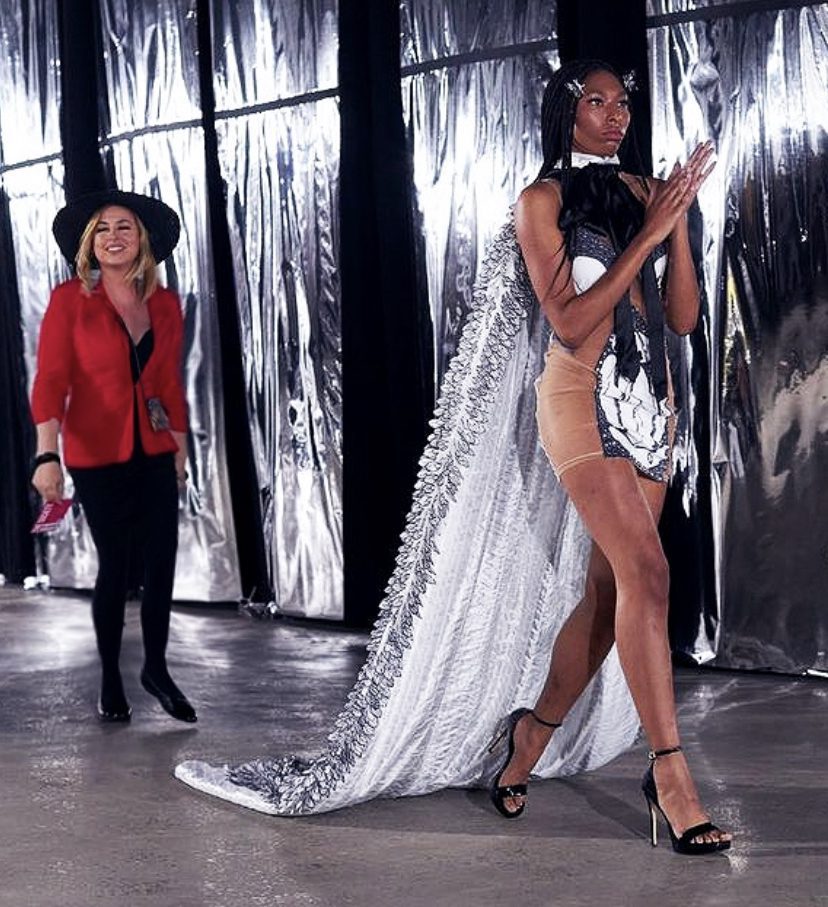 New York Fashion Week was a journey that started with posting music online. After three years of posting music, Zita Barbara’s was scouted by an organization looking to showcase music artists in Austin, Texas (the live music capital of the world).

How did the idea to create fashion shows around your music come to you?

I took an opportunity I was selected for and ran with it. It gave me the ability to perform inside premiere clubs in every main city in the United States and abroad. Since I can’t dance like a pop star, and I don’t have a band, I decided to perform my music alongside my fashion shows.

The idea really took off, I found myself accepting opportunities to perform internationally, as well in big entertainment towns, Hollywood, Los Angeles, Austin, Miami, and Mexico City. I got so busy, in fact, I had to turn down opportunities.

Participating in New York Fashion Week was supposed to be the cherry on top of a string of shows I lined up, but I got sick. As soon as I was able to, I developed my NYFW show and called it “Metamorphosis.” I wanted to let everyone know I am going to spread my wings and fly.

The motif was inspired by her music, her anti-bullying children’s book, “The Little Blue Worm,” and another book she wrote on the subject of art called, “Hands.”

What is your book, “The Little Blue Worm” about?

I consider “The Little Blue Worm” to be a modern version of “The Ugly Duckling.” Unlike the Ugly Duckling, my book’s message is centered on learning to embrace yourself as you are so that you aren’t as concerned with gaining the approval of others.

I think confidence isn’t wondering how to gain approval, it is knowing you will be fine without it. I feel it’s a very important lesson to learn in the time of social media where everyone’s opinion is posted online.

My book “Hands” teaches art through the eyes of the main character who decides to pursue it blindly in order to impress a girl he just met. I loosely based the plot around Don Quixote, except for some wildly creative differences. For example, I use a parrot instead of a donkey.

I also have an inanimate object, a mirror, as one of the main characters. That’s why each of the designs inside my NYFW show contains broken mirrors. There is a main scene in the book regarding the broken mirror pieces. I want people to read the book in order to better understand my fashion.

What caused you to include your books in your show?

So much of this show served as a statement. I decided to start my own business. I felt it was time to step out on my own, follow the footsteps of many other music artists with fashion lines, Lady Gaga, J-Lo, Jessica Simpson, and Rihanna, just to name a few, and attempt to build my own empire in a sink or swim way. I named my line, “Monark” which stands for many things at once.

On the surface, it sounds like the butterfly, “Monarch.” It also sounds like the term for “ruler of a kingdom.” Most people won’t understand why it is intentionally misspelled, but it is also French for “My Ark.” I decided to reference the flood story, where Noah builds an ark on faith that it is going to rain.

People watch him, and make fun of him, especially since it is not raining, but it doesn’t stop him. Then one day it floods. That’s what it is like to build your own business or dream.

Many people will watch you, make fun even, but then one day…it rains. Of course, there’s a little “I’m gonna make it rain” sentiment behind naming my business after the flood story too. I’m referring to the slang term “make it rain” as my intention to be successful in this endeavor.

What can we expect from you in the future?

Starting next year, on Jan. 22nd, 2023, I am going to be participating in two shows inside one of San Antonio’s hottest nightclubs, “The Bonham Exchange” to help a couple of charities. I want people to buy tickets and help support this fundraising show.

From my understanding, a lot of local celebrities and well-known fashion designers are participating. The shows will be hosted inside a three-story club within a historical building in downtown San Antonio. I don’t want to say too much except that it is going to be a very unique show that hasn’t been done before (at least not around here).