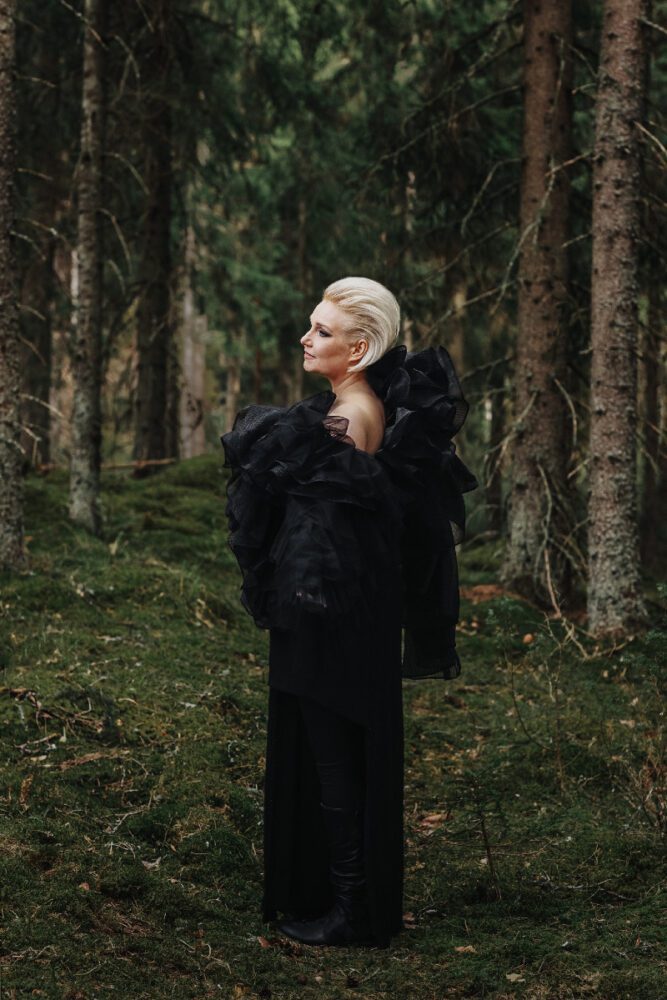 Finnish art-rock/dream-pop artist GEA recently released the music video for “Brightness of Stars,” lifted from her forthcoming album, Call For A Snake, via Fragity Records.

Call For A Snake forms an invitation to surrender to the soul’s guidance. Divided into four parts, each part reveals a phase of spiritual awakening embodied in spirit animals: a snake, a swan, a crow, and a snow bunting.

GEA explains, “My message with this album is that all the wisdom you need is inside of you. The snake is guarding this ancient and intuitive knowledge, and you just need to wake up your inner voice to access it.”

“Brightness of Stars” signifies a gift from the divine and commemorates her friend, Kelly Fraser.

According to GEA, “I woke up three days after her unfortunate suicide, singing this song. I felt that the song was given to me in order to support Kelly’s afterlife journey and to get her out of the dark.”

She goes on to add, “It is dedicated to everyone suffering from anxiety and depression.”

Combined with the delicate, transcendental melody, the lyrics of “Brightness of Stars” illuminate the numinous perspicacity inherent in each human heart.

“We should follow the light in our hearts / It would guide us back from the dark / Don’t you worry the journey will be hard / But we are guided by the brightness of stars.”

Opening on low-slung tribal beats, “Brightness of Stars” flows into a sublime tune layered with gleaming colors, while GEA’s sylph-like tones glide atop the melody on crystalline timbres. On the chorus, glowing swells of interweaving harmonics ripple and move with surging energy, imbuing the music with luminous radiance.

The video, directed, produced, filmed, and edited by Kollage (Alex Story and Aino Väänänen), depicts GEA amid natural settings – woods, the ocean, and shrouded in mist – summoning the wisdom of the Empyrean.

Simultaneously shimmering with celestial savors and potent rhythmic pulses, “Brightness of Stars” encompasses the residual energy of the cosmos.