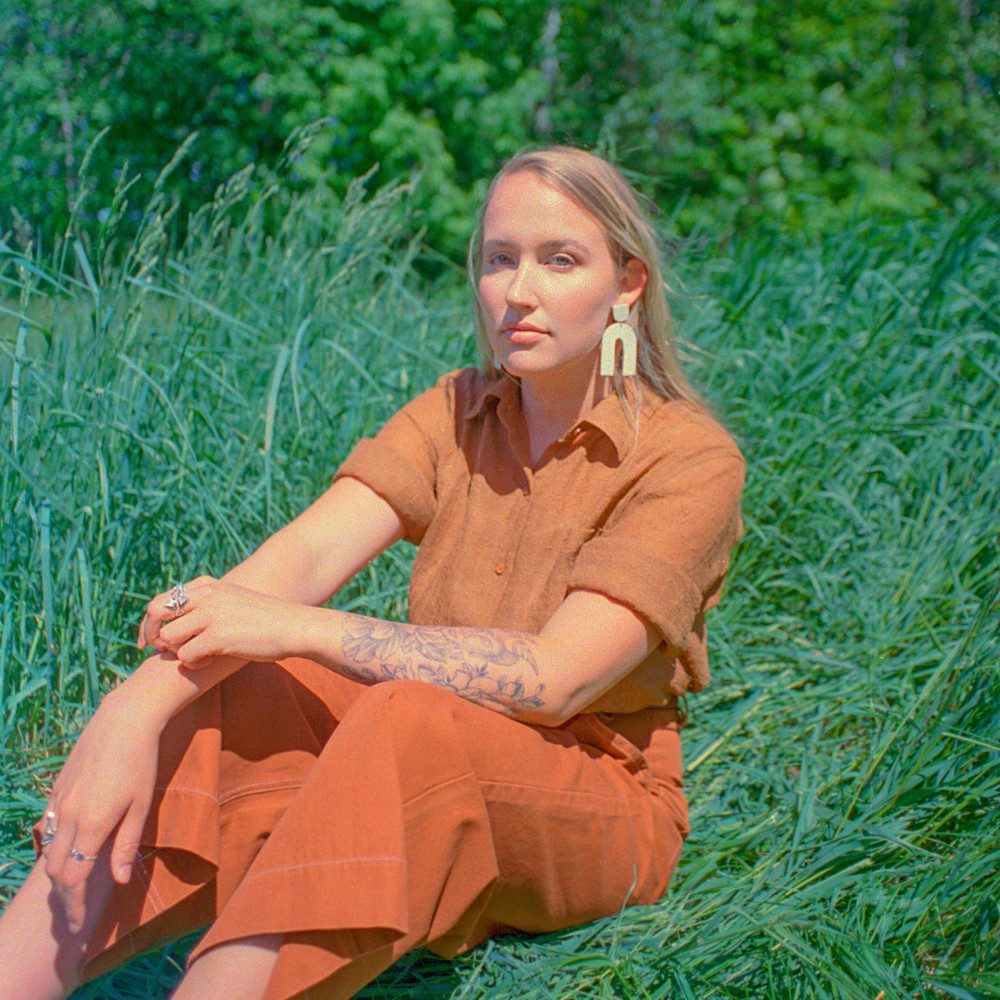 On her debut single, “Tangerine,” Montreal-based indie-pop artist Ellyn Woods conjures up similitude to Billie Eilish, only in the sense that they’re both so atypical. Their music is utterly unique. They don’t sound like anyone except themselves.

“Tangerine” rolls out sonic colors blending savors of dream-pop with electro-pop, with tints of cashmere R&B textures tossed in for relish. Hushed, slightly chaffing, and pensive, Ellyn’s inimitable voice imbues the lyrics with tantalizing wisps of the butterflies-in-the-stomach feeling preceding a pristine threshold.

Ellyn’s floaty vocals muster echoes of Beth Orton on the verses, shifting to buff lustrous coloration on the chorus.

Ellyn explains the song’s genesis, “‘Tangerine’ started as a poem. I wrote it while I was in a studio in Montréal, working on vocals for another project. I was sitting on a vintage couch waiting to record my part and there was an odd orange light above me. This unique environment provided the inspiration for this track.”

Although Ellyn has released previous singles, as well as collaborations, “Tangerine” is her first track since hooking up with indie outfit House of Youth, which will issue her forthcoming EP sometime in the near future.

Citing influences such as Maggie Rogers, Sylvan Esso, and Men I Trust, Ellyn’s initial inspiration was Avril Lavigne, whose nonconformist image and music made a massive impact, motivating Ellyn to learn guitar and start writing music.

Luxurious with low-slung posh surfaces gliding on rippling colors, “Tangerine” was captured in one take. Bathe yourself in the orangish illumination of Ellyn Woods’ swish music.

Accompanied by a documentary-styled video shot in black and white, the visual flow mirrors the slow meandering current of the music.

Talking about the video, the duo says, “We couldn’t be more excited to share with you our first-ever music video, for our debut single, ‘Crème Brûlée!!!’ We shot and edited it ourselves across Liverpool and North Wales (spot the Welsh flag!) with the aim to create a homemade, documentary-style piece inspired by the indie films we love. We really hope you enjoy watching it as much as we enjoyed making it!”