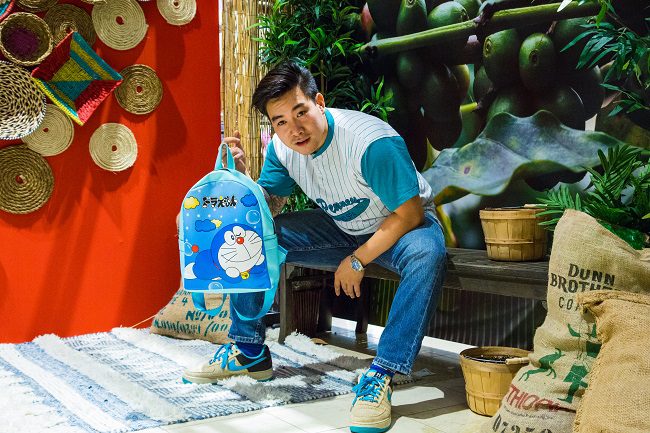 Tuan Ha was born on March 5, 1991, better known by his stage name Fat Panda Tuan. Currently, he is residing in Germantown, Maryland. Panda Tuan has gone through many ups and downs in his life dealing with depression and struggles with weight. He became a personal trainer and changed his life and many others on his fitness journey.

Fat Panda Tuan, has gained more notoriety when dropping his project Shinbi Tempura in 2018. He was introduced to music at an early age.  His father made a career by playing the keyboard and guitar.

At an early age; he was introduced many genres of music including jazz, tango, cha-cha, swing, and Latin music.  Tuan has a music background; coming from a music-loving family; he exudes a variety of flavors from his musical influences; which compliments well with the hip hop genre.

How did you come up with your unique Moniker/stage name Fat Panda Tuan?

HAHA!  Growing up struggled with weight until I was able to finally conquer by becoming a personal trainer. Fat was insecurity I’ve always had and I turned it into something positive. My Mother always teased me for being chubby and fat growing up. Fat is just my nickname and my go-to diction word of choice.  Some people say dope, I say fat.  But Fat has everything to do with my brand.  Fat is like “flavor all the time” Fat stands for “flavor all the time”.

Growing up I was introduced to music early by father who was a musician; he played the keyboard and guitar. Some of the genre’s my father played were tango, cha-cha, Latin music, old school RnB and pop, jazz, etc. I fell in love with hip hop and making music in high school and decided I wanted to pursue a career after college. I was a personal trainer and general manager at a couple of different companies and I was consumed with my work.  I realized something was missing and what was calling to me was the passion to make music.

Although I was making good money and had a successful career. I felt as if there was a void that needed to be filled. something was missing. I realized making music to me was a way of life.  Therapy.  Growing up dealing with depression and parents divorced.. music made me stronger and more confident.

How would you describe your style of music and what artists do you listen to?

On your project Shinobi Tempura, how did you come up with the concept?

Shinobi Tempura is like = Fried Ninja Tuan incorporates many popular Japanese cultural like video games, anime, manga, sushi, shinobi’s, etc.  Shinobi Tempura has all sorts of vibes from dark to hype, to refreshing, smooth melodic singing and machine gun-like rapping flow with a silencer It has many Japanese references like sushi, sashimi, ninja, shinobi, samurai, etc. I thought I include a little information about some tracks that you might want to highlight on the album.

What makes you stand in out in the industry?

Besides Tyga (Vietnamese and Jamaican descent) don’t really know any Vietnamese rappers that are heavily cultured in hip hop. I think that would make me a unique position for me to fill in the industry. I really know Japanese and Vietnamese Culture.  I was born in Vietnam and was raised in Maryland. I am hip-hop head at the same time Anime, Manga, Videogame Head. I incorporating all these qualities into my music.

What are your short term and long term goals?

My short goal as an artist to tour regionally and take over Rolling Loud and SXSW. Take over the DMV area. My long term goals as an artist would be the luxury to drop projects and live off streaming without having to tour. Tour all over home country Vietnam and my favorite country Japan. I want to be able to connect Vietnamese/Japanese Asian culture with hip hop. Make my own lane and empire out of my unique sound and live off streaming.

How to Get Touch with Tuan

Authentic Synth from US3R
Ainsley Ross talks about her sense of style, love for her craft and more
Advertisement