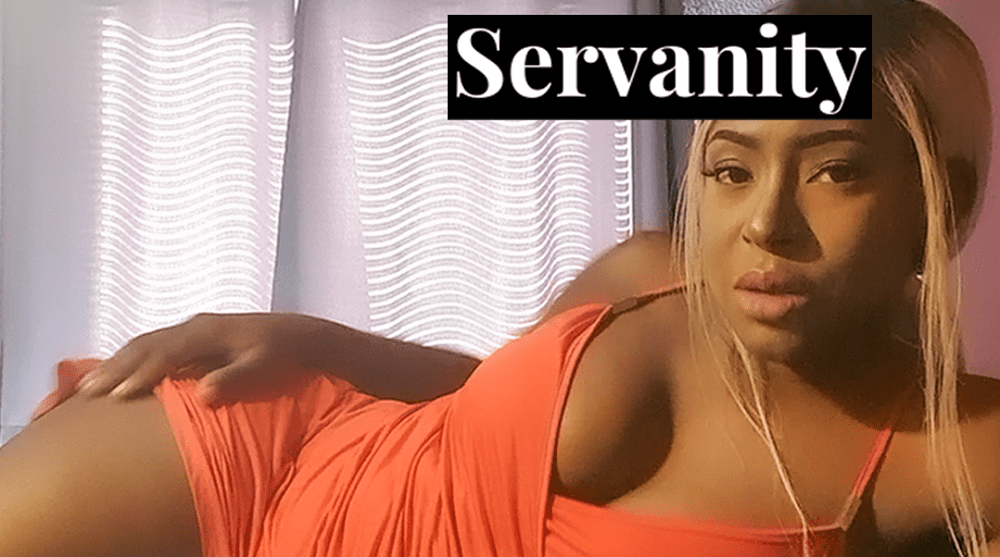 Servanity, T from T is an audiovisual artist that specializes in creating controversial works. Born in Tottenham, she currently works as founder and CEO of Boss Lady TV (BLTV) a Tottenham based photography/videography studio.

Servanity is also part of BLK Anon; a movement starting out as a podcast but has a superlative vision of being a bold, raw, brand in the UK. In secondary school, Servanity began to realize her love for art.

Time studying at university deepened this love as it was here she realized she could be as creative as she wished. In 2014 Servanity moved to Asia to work as a freelancer where she began to gain a more enriched understanding of who she was as a creative.

Back in London, it was late 2018 when Servanity began publishing works, focusing on the theme of empowering Boss Ladies. Servanity’s projects follow a sense of modern-day suffragette as opposed to suffragists. This theme is generally carried out through a series of short films, creative songs, and short comedy skits. Depending on the creative outlet such as a comedy skit or vlog, for example, Servanity may go by the name T from T.

My passion is self-love and peace. Using the word vanity as a controversial twist on the term ‘self-love’, and the word serenity for peace; Servanity was born. A unique combination of Serenity x Vanity. In line with the theme self-love I decided to simply name my brand after my primary target audience; Boss Lady TV.

Looking at the media industry it is harder for women to break through than men. I would always watch UK ‘gangsta’ films and noticed there was an excess of male roles and a limited amount of female roles.

The only way I knew to change this was by creating a platform that would give Boss Lady females the opportunity to have active roles in the industry. Boss Lady TV creates short films and roles for female actors, dancers, directors, videographers, and artists for the soundtrack.

I am tired of hearing stories told from a constant male narrative with a narrow male perspective and decided to dedicate this business to my passion of giving females the opportunity to be seen and heard.

I wanted to create a film that would appeal to the ‘gangster’ aspect that most hood films have but with underlying core messages of family and female strength; women ‘bossing up’ to any situation they face.

Next, I decided on some of the core scenes to relay specific messages that I wanted to convey. Once this was done and I had a rough beginning, middle, and end, I pieced everything together and made sure to include a couple of plot twists.

The first Boss Lady TV film I produced was shot in Miami and London. The aim is to continue bridging the gap across the two cultures and countries. The initial film trainer did way better than expected and I am excited to release the full short film in 1 week’s time.

I have already begun scripting the 2nd film and am excited to begin looking for actresses, musicians, and talented females to be a part of Boss Lady 2.