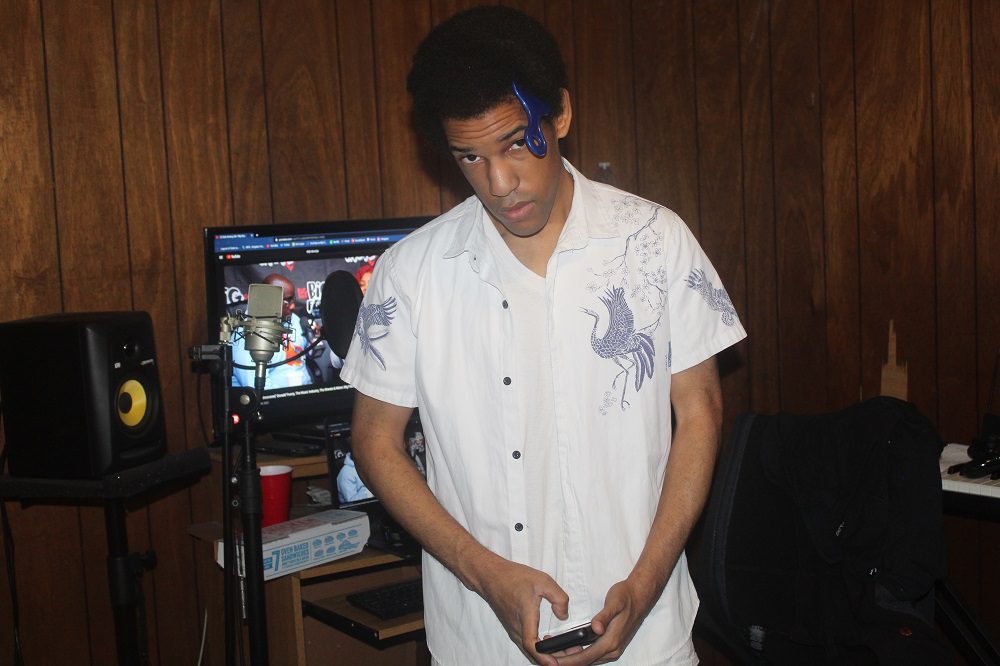 I named myself B-Funk because I wanted to get back to why I enjoyed creating music. I wanted my name to stand out. The “B” in my name is a substitution for my actual name. The “Funk” is a tribute to my main favorite genre of music.

My parents would throw house parties in our house in Los Angeles. I was a child playing around on my auntie’s piano. I think that was what sparked an interest in playing an instrument. Then, in 2006, I was introduced to Fruity Loops, but I didn’t care for it because I was concentrating on school. Fast forward a couple of years later in 2008, I got a laptop with Fruity Loops and played around with the program. Then I was like “these sounds sound great. Let me actually try to do this”. Since that year, I’ve just been taking it seriously.

I got my style mainly from Zapp and Roger, Cameo, E40, Ice Cube, Dam-Funk, Too Short, Boosie, and a lot of others.

I released my album Cosmos last November. It’s the finale in a trio of projects starting with my EP Tha Lift Off. I wanted to capture the sound of those projects and evolve those sounds to the best of my ability if that makes sense. The album was supposed to be fourteen tracks. Then it became sixteen. Finally, it became eighteen. If I would have kept going, it probably would have been around twenty-four tracks total.

My greatest challenge, as of now, is trying to figure out more business moves. How to market to my audience and promote effectively. My greatest attribute is my work ethic. I work every day. Even on my off days. I’m, constantly, improving my sound.

I plan to concentrate more on the business side of music this year. I’m going to release a project sometime in the summer.