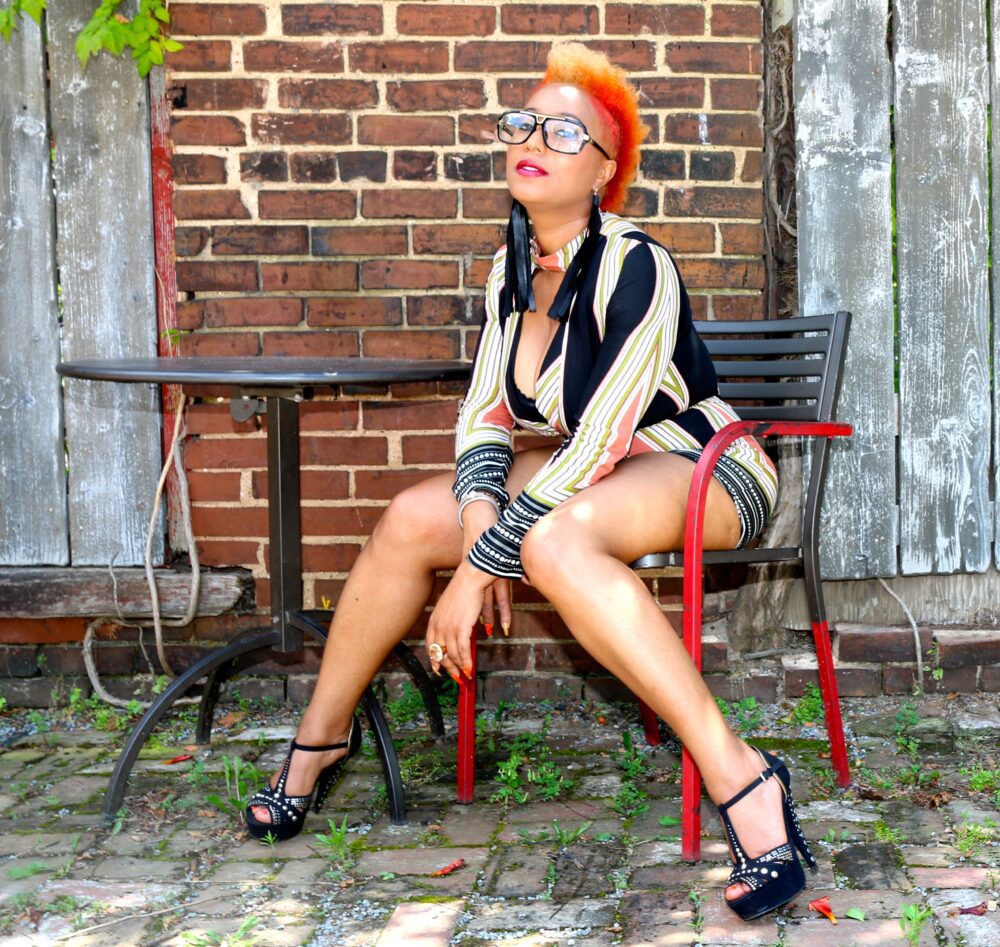 Directed by Mazi O, the video depicts Butta B-Rocka in the woods, where three young girls lead her through the forest, which they call “Butta Butta Land,” where she comes across Homer MC and her band, performing in a clearing. Traveling through a psychedelic wormhole, she suddenly finds herself in the middle of an enchanted world akin to Alice In Wonderland, where she dines with a group of outlandish characters at a long table.

The thrust of the visuals is that love is not only thrilling but strange – yielding to it changes the way you think and feel.

Muzique Magazine caught up with Butta B-Rocka to find out more about how she got started in music, what inspired “Strange Luv,” and what she’s working on now.

My family, music and a funny movie!

I was in the studio listening to some tracks for my upcoming single and as soon as I heard the beat, I knew that, that this the one. Music speaks to you!

It’s funny you asked that. Each song speaks differently to me. Sometimes I wake up in the middle of the night with a melody or verse in my mind that I have to immediately write down.  Other times, the music speaks to me first and as I stare at a blank canvas, the words just come, then the melody. I never know where a song is going to take me until I open up and just let it all out!

My music is my truth. Life takes you on multiple journeys, I like to explore all of my feelings. I realize if I’m feeling that way be it sad, happy, etc. others may be feeling the same. I want people to take away that I express all types of music and genres and can’t be held in a box.

How did you hook up with Homer MC?

I met Homer in 2001 when I worked a job, lol, at Home Depot Corporate. We discovered we both had a love for music. Eventually, we formed a writing team and have been working together ever since.

I began singing professionally when I was 13. Before I had always had a love for music and would sing in the house and at church. But at the age of 13, I began taking singing seriously. Formed a singing group NOLT, and long story short – the labels wanted me to go solo. When I finally did, I had two deals on the table, one with Warner and one with Sony Records. I ended up getting into a car accident which left me drinking out of a straw for 6 months. It took me a year to come back out and when I did, the deals were no longer on the table and I was devastated. By this time, my mom had moved us to Atlanta. I was around 18 years old when I got into my car accident and lost my deals. I felt like my entire world had literally crumbled.

There are so many! I love Brandy, Joe, Stevie Wonder, and Chrisette Michele to name a few!

Jasmine Sullivan and HER are two artists on my playlist!

What is your definition of tone, and how has it changed over the years?

Tone is an artist’s sound, pitch, and control of their vocals. As I’ve become older I definitely have more control over my vocals and my delivery.

Any advice for young female artists just getting started?

Absolutely, Don’t let someone else’s opinion of you define who you are. After my surgery and the deals were no longer on the table, I let people get into my head. I begin to think I wasn’t good enough, that I was too big, too old, you name it. I listened and believed other people and it stopped my career for years. Until I decided to bet on myself!

It’s my way of expressing myself. On stage, I give my all hoping to create a magical feeling and connection with my audience.

I’m working on my EP. I’m about to feature in a film and I have a new book coming out soon!