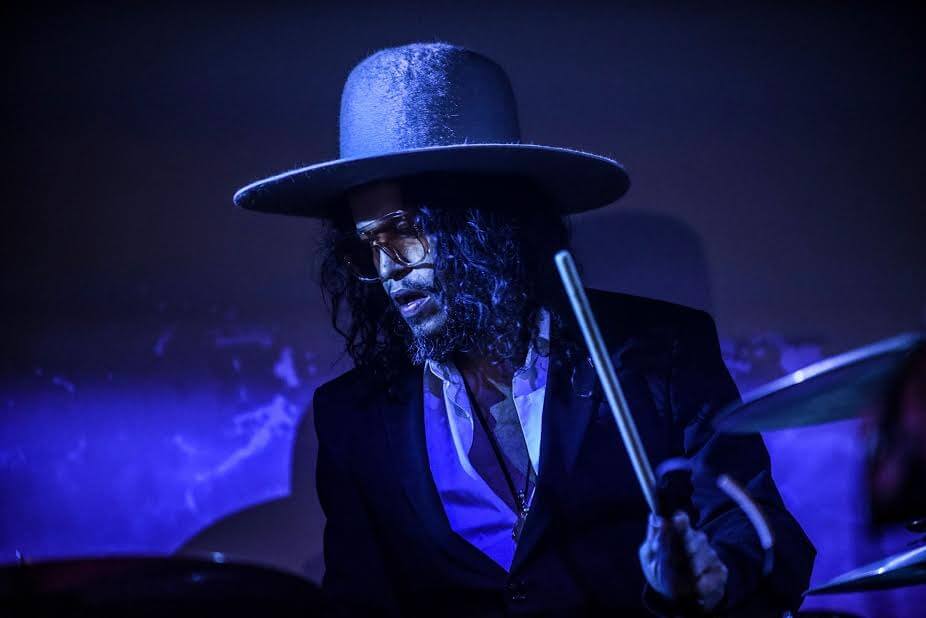 The musical brainchild of a collaboration between Grammy-winning guitarist Beto Martinez and Dos Santos’ drummer Daniel Villarreal, initially, The Los Sundowns was little more than a whim that became a notion that eventually assumed conceptual form.

Beto explains, “We discussed this idea and concept for about a year before I finally found myself with some significant time off at the end of 2019 after heavy summer touring. I had set in motion a general plan to initiate multiple collaborations with musicians I knew and make 2020 a year of releases for me outside of my main bands. I began to demo some songs and send the ideas to Daniel and we set a date in January for him to fly down from Chicago and begin tracking these songs.”

Recorded at Beto’s Lechehouse Music studio in Buda, Texas, once the foundational tracks were laid down, followed by overdubs, the duo then enlisted an array of friends to pad out the six-tracks.

The video, directed by Anne-Marie Halovanic depicts images redolent of So-Cal during the ‘60s, as if borrowed from Beach Blanket Bingo, starring Frankie Avalon and Annette Funicello.

At once allusive, stylish, and brimming with sultry Latin savors, “Los Angeles” offers a sonic version of H.G. Wells’ The Time Machine, taking listeners back to the lush paradise of L.A. when life was simpler.