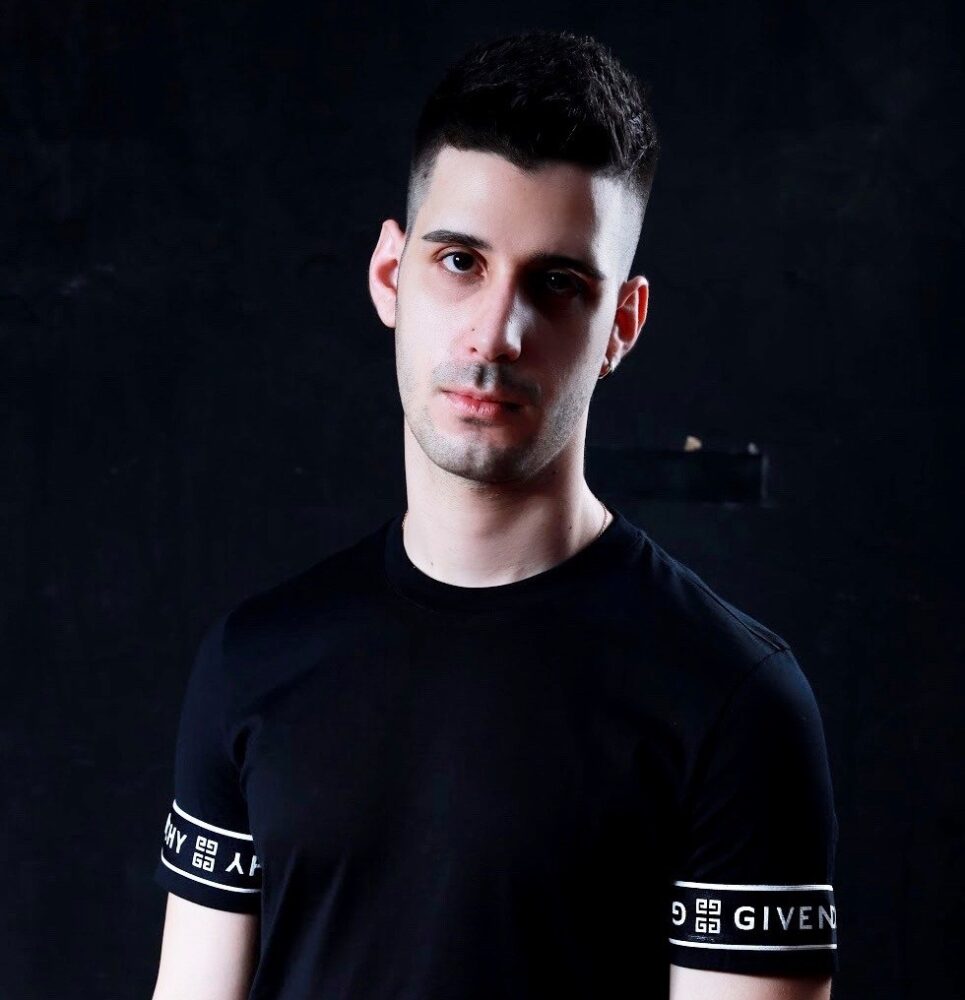 Giorgio Leone, in art Giorgio Leone IT, dj and producer born in Catania/Italy in 1991, currently based in Taipei/Taiwan.

Since young, he showed a strong interest in Techno, Tech-House, and House music but of commercial fewer features, so he started to frequent the Catania’s techno scene where he met other producers and DJs.

This led him to make the first steps to become a disk jockey and then to approach the music production as he wanted to put the emotions that music lets him feel into his productions and DJ sets, even in order to create his own style. In his sets, Giorgio Leone (IT) is focused on the music atmosphere and groove, in order to give to people the best vibes.

He’s known to be the Founder of “Our Muzik” a group that aims to create underground parties, where he helped to achieve the first successful event they hosted: Yellow Summer Groove.

At first, I wanted to use my real name only which is Giorgio Leone, but I’ve discovered that this name was already taken so I changed in Giorgio Leone (IT).

I started to approach Catania’s techno scene where I met many other producers and DJs, this led me to make the first steps to become a disk jockey and then to finally get closer to the music production as I always wanted to put the emotions that I feel in the music I produce and play in order to have a unique style. The passion I have and had for music since I was a teenager, my goal has always been to make people feel great when listening to my music.

.I would say very “dark” techno and tech-house, rich in atmosphere, a strong groove, and a mix of positive and energetic emotions. Probably I’ve got the biggest influences from my other DJ friends back home in Catania when I’ve approached the first clubs when I was younger, they all contributed to growing my interest in music.

I remember I just received very positive news that day, something I was waiting for a long already, and when I got the response I wanted it made my mood incredibly good and that’s exactly what I mean when I say I want my emoticons to make an impact on my music and to everyone else.

I was able to stand out releasing 2 brand new EPs with the label Neu Gravity, good numbers if we consider how hard 2020 was for everyone around the world and artists in particular. I am one of the founding members of Our Muzik, a group that aims to organize parties and events around Taiwan and to spread great music around the island.

I’m an ambitious person, my group is working hard to impress Taiwanese people with these techno and tech-house melodies. We want to increase the awareness of the techno movement in Taipei and in Taiwan and we believe we’re doing an amazing job.

Not at all. My experience makes me do my job only better, and in my opinion, my good producing skills help to create better music.

I’m working hard to release as many tracks as I can, then obviously get gigs for the most important clubs around Taiwan and then Asia. n the next couple of months a few more tracks will be released, this year I want to increase the number of releases, I want to take myself to a whole new level. And I also wanna let grow up my project with Our Muzik.

If I could choose anybody at all to be in my corner, backing me up, through all the difficulties of life, it would be my family a hundred times over. Thank you for always being the most reliable and supportive person I could ever hope to know. It feels awesome to have a strong safety net!

I want to encourage everyone to pursue their dreams and to never give up chasing them exactly like I did and like I’m still doing. It is important to be in a positive environment otherwise it might be hard to succeed, I had to move from Europe to Asia to give a significant boost to my career and this choice definitely paid back,

If I am where I am now is due to the fact that I was fearless in front of many important decisions I had to make. I’ve seen many DJs getting lost along the way, it’s important to have your own style, the people will like you because you’re outstanding because you are capable to give them unique emotions, many emergents DJs out there are trying to copy other big names like us but it doesn’t work in that way, me like many other DJs have our own style and our own way to express feelings through the music. Being active on social media is important, however, let’s don’t forget that life is very different in the real world.

Be aware of the fact that not everyone will have kind words for you, they might just don’t like your style or simply they want to mess with you, these are the kind of people you should always ignore and get your strength from your supporters, these make the difference at the end of the day.