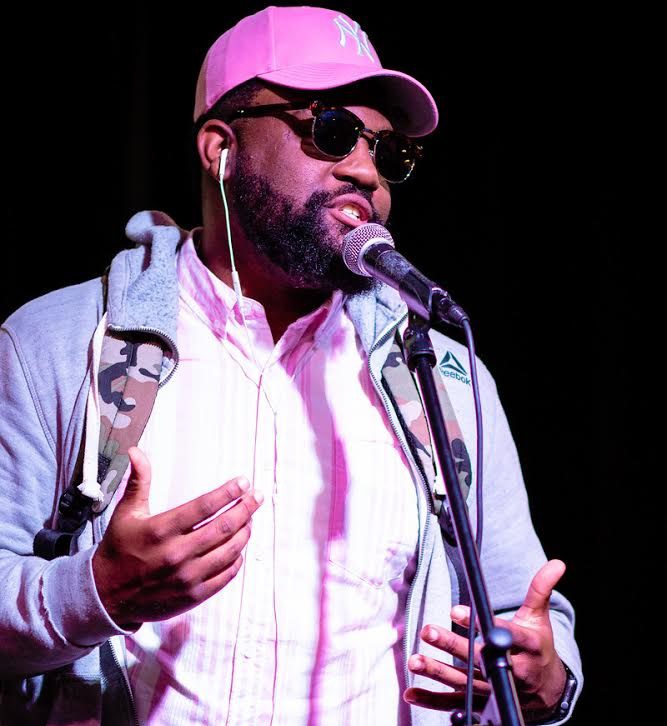 Bry444n is a spoken word artist hailing from the Seattle area. His lyrics and music focus on positivity and making the most of the situation. He released ‘The SlumFlower Series’ EP in 2020 and followed it up with the three-track ‘EQUINOX’ this year. His conversational, spoken-word flow is a powerful conduit for the delivery of his positive message and has helped him to stand apart from the crowd.

Today we speak with Bry444n about the message he hopes to send with his music, who some of his biggest influences are, and his latest single “Keep It Positive” a track brimming with hope.

You have a super unique vibe to your music, there aren’t a lot of people out there doing this kind of spoken word thing, where did your inspiration for that kind of music come from?

The inspiration comes from the source man; just trying to channel positivity and love, and for me; this is the only way I know how to. I’ve been a writer/storyteller my whole life and the only way to resonate with others is to make them feel something, and that’s all I aim to do. Channel a vibration that resonates with you, so you don’t feel alone.

Have you always had this spoken word type of flow, or did you start off in a more mainstream way doing rap or R&B?

When I’m being true to my element, I would say I’ve always had this type of conversational flow in my normal speech, so the transition is pretty organic when I’m being myself. But I found that flow again, by going back and trying to use a more mainstream persona that also was more inundated with Rap.

When did you start making music, and what made you want to pick up a pen for the first time?

Personally, I’ve been involved with music since I can remember whether just always having it around me, to in my family childhood home, to just everywhere. My friends, that I still have the pleasure to be collaborating within this capacity from 5th/7th grade to now are no strangers to the rock band mic/clothes hanger in the closet mic stand set up either. So, what really made me pick up the pen was the fact it was a blessing just to be surrounded by like-minded individuals that I drew true friendship with that motivated me to share the thoughts and stories in my music.

Who are some of your biggest musical influences?

Seattle has such an amazing history of music so many massive names have come out of the PNW, what do you think it is about that part of the world that is so inspiring for musicians?

I think there’s a very strong level of individuality in regard to how artists channel that into the music that comes from this area. Because there isn’t necessarily a “Seattle Sound”, in my opinion. I think that is why we see so many promising and strong artists show that their individuality mixed with incredible attention to detail; is an incentive to create a more diverse/unique sound since there isn’t necessarily a baseline or parameters to existing in to match the “Sound”.

Your music has this unending positivity to it, what makes you want to share that message with the world? What are some things that you do in your daily life to maintain that type of positive attitude?

What makes me want to share this with the world, is the fact that you can reach anyone in this life through the universal language of emotion. True resonance. At the end of the day, it’s just about making someone feel, something. So to maintain that in my personal life I meditate, journal, and visualize, etc.

You’ve said that ‘Equinox’ your latest EP is about finding direction and going inward, can you explain a little bit more about that?

Equinox is a project that had many components to it story-wise, but ultimately just about finding the “peace” with dismantling the framework of the frustration(s) of seeking answers that have always laid dormant within. Honestly, just trying to be my own cheerleader for a change and encouraging others to do the same.

What was the inspiration for this project, were there certain things that you were going through at the time while you were making ‘Equinox’ that ended up influencing the direction of the project?

Following my recently released Album: “The SlumFlower Series”, I found myself in a place of gratitude for the genuine love and support. Along with that, I began to question more of the limits we can easily get conditioned into unconsciously putting on ourselves. So, I guess I was going through some sort of software update that was on pause because I had been disconnected from the power source.

“Keep It Positive” starts off with a string of positive affirmations, is that type of emotional work a part of your daily life?

It is as much as I can incorporate it in! I am a firm believer in the power in the words we speak to ourselves, and how it can be empowering to remind yourself daily affirmations of love and light and positivity to keep your spirit high.

We’ll finish it off with a fun one…if you were stranded on a desert island and only had one single, one album, and one band’s full discography to listen to for the rest of your life, what would they be?