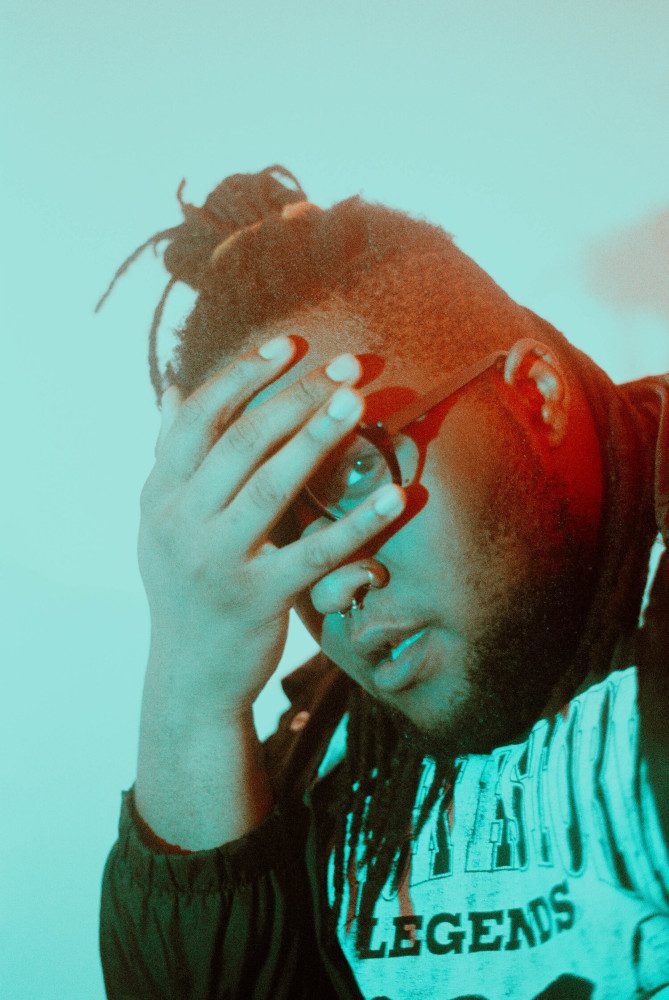 With open and free-ranging dialogue now occurring, covering vital topics such as the true meaning and scope of equality, double standards, and the concept and function of justice, Chucky joins the exchange using his music and cutting lyrics to communicate prevalent discordant components: the impact of disease, specifically COVID-19, on civilization, employment, prosperity, human lives, and institutions. He takes a probing look at the American Dream, which to many seems more to resemble a mirage rather than an achievable goal.

Collaborating with an array of talented artists, such as Eldon, Slug, Ukeme, and Sasha Banks, Chucky magnifies his message through art.

“A Scathing Critique” travels on a thumping rhythm topped by velvety jazz tones infiltrated with hip-hop-lite ingredients. The melody is low and easy to listen to, almost like lounge music, a kind of sonic sarcasm, while the rhymes form angry, blistering commentary on the status quo.

“Top Of My List” opens on an elegant, shifting piano, infusing the melody with discordant notes, symbolic of society’s present course – it appears balanced, but isn’t; it keeps fluctuating. Chucky’s melodic rapping atop the gleaming, uneven piano gives the tune surreal dual layers of contrast.

The last track, “Beyond The Babble And Chaos Of The Surface,” blends tinny flavors of alt-pop, and then shifts to edgy, industrial tones, while Chucky delivers perceptive rhymes, as well as a telling, remote interview with a pretentious artist in the background.

A Scathing Critique of Current Affairs is innovative, hard-hitting, and well-worth attention.