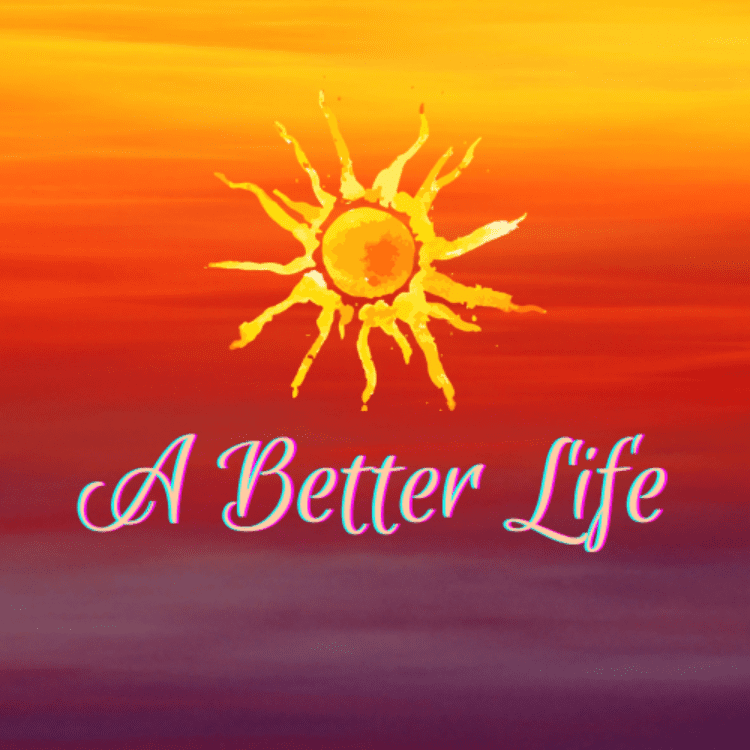 A Better Life is the project name of Ambient and Downtempo producer Phil Daniels. Phil, along with musician friends that form the ‘A Better Life Collective’ produce long playing relaxation/meditation music, as well as chillout and downtempo tracks – both vocal and instrumental.

The whole ethos of this project is about taking time for yourself, taking time to chill out, relax and reflect. A Better Life came to me quite quickly, after going through a period of upheaval and some dark times – I needed to start living A Better Life – hence the name of the project. I think it’s fairly well established now that taking time for yourself to recharge and recuperate is key to living a healthy life – so the name and aim of the music go hand in hand really.

The new album title ‘Take A Deep Breath’ is purposely along the same lines.

I’ve been involved in music since I was in my early teens – maybe before that. I studied at music college with the expectation it would play a major part in my life. I was never really sure it would be a career, but writing original music was always my passion.

I wasn’t interested in playing in covers bands or anything – it had to be original material and the creativity that went with that. The sense of achievement you get when you hear something you have written being played on the radio, or a podcast – or on TV, etc….there’s nothing quite like it.

I’ve always listened to chillout music – as far back as I can remember really. I was only a kid when the Balearic scene was in its ascendancy in the mid to late 90’s, so I kinda missed it in terms of being fully immersed – but I keep going back to that style. I’ve played rock, folk, jazzy stuff, I’ve done harder dance material – but the chillout music kept calling, so this current album I’m about to put out is very much something I’ve been keen to do for a long time.

As I said – the genre and style are something I’ve wanted to do for ages. I had some tough months a couple of years back that really made me stop and think about what I wanted, who and what was important to me, and from a music perspective who I wanted to work with. I totally started again in many ways – it needed to happen, and with that life re-start came with it the need to slow down, to think about myself now and again instead of everyone else all the time, and move in a musical direction I wanted to go.

The result is an album that I hope does provide an opportunity to relax and chill while listening to it. Take A Deep Breath as a title is exactly what it says – it is a call for calm, for reflection, and an opportunity for some ‘me time. At 40 minutes long, I’ve purposely kept the album at a length where I hope people will be able to take that time out of their day to listen – and at the end feel more relaxed, so they can get on with whatever the day may bring with a clear head and hopefully happier.

The immediate goal is to get the album released and continue plugging tracks from it. I’m keen to get as much radio play, blog posts and make it on to as many playlists as possible just to get the name out. It’s hard building an audience from scratch!

Once that is going well – the aim will definitely be to begin writing a follow-up. I firmly believe in this age of releasing music you need to consistently have material available so you don’t lose the audience. in that respect I expect myself and the

A Better Life collective will shortly be coming together to work on some new material for album two. I also write meditation and long-form relaxation music for study and sleep (found on the A Better Life YouTube channel) so I will be writing some more of that also.

I want to give the biggest shout-out and enormous thanks to the musicians that worked with me on the album – Andrew Richardson, Alan Henery, Andrew Ryder-Richardson, Pete Rawcliffe, and Heather Wulff-John – AKA Herica and The Wolf. Every single one of them provided me with material I couldn’t do myself and made this album have a real collective feel, which is exactly what I was looking to achieve. Music is so much more rewarding when you can share it with others.

Huge thanks also to Bryn Wulff-John for his expert mixing and mastering. I’ve had some amazing comments about how good the production of this music is – that is largely down to him.

All links and news is posted there, and you can join our mailing list where you’ll get exclusive mixes and original compositions that won’t be publicly released.

We’re also on the socials:

Keep going. Regardless of what life throws at you – if you have the passion to succeed as a musician – just keep going. Longevity is the key. No one is going to pay attention to you if you’re only around for 5 minutes. Build a project up, evolve it, keep plugging and you’ll get the rewards eventually.