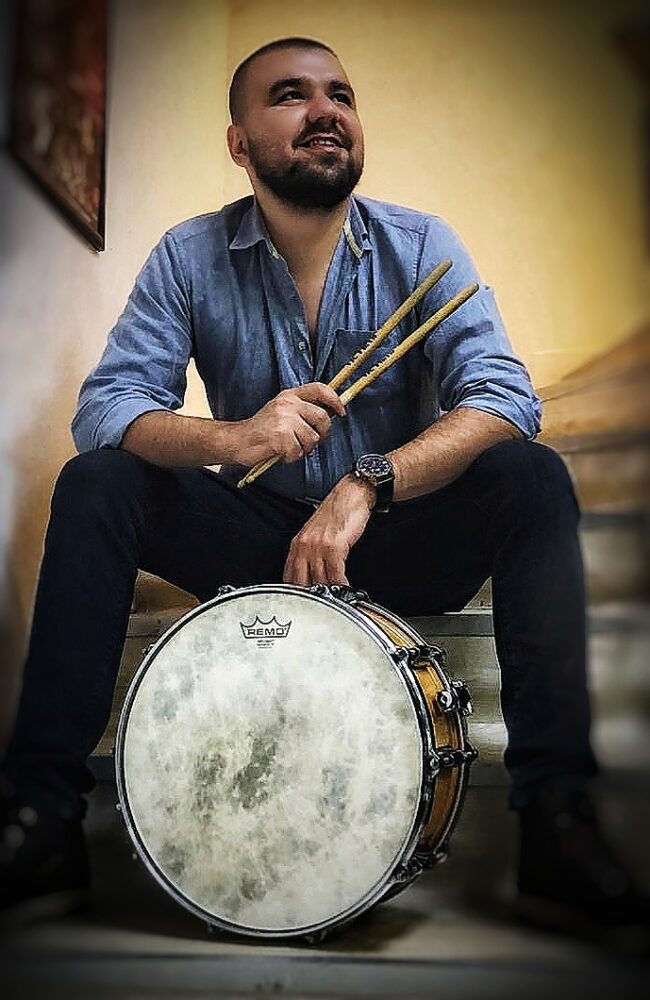 l, begin drumming by taking private classes when l was in high school. In my university years, l began to take the stage with various bands and genres of music. in the meantime university years, l was influenced by Jazz music especially Miles Davis and Bill Evans. After that l began to take private piano and composition lessons. l began to my solo career by recording my George’s Dilemma written by Clifford Brown with a middle eastern vibe and solos with Turkish and İsraeli and Argentian musicians.

My main attempt is unifying modern Latin beats and middle eastern melodies from traditional jazz music. Then l released Arabia by Curtis Fuller we transformed it into Latin beat and middle-eastern melodies. And my latest project is a more contemporary style of jazz. Lonely Woman by Ornette Coleman. Lonely Woman is different than others because more contemporary style.

In my childhood years, l was always in love with music although my favorite style of music constantly changing. ln high school years my taking drum lessons completely changed my life as well as my point of view on music. And music became the biggest part of my life and my future plan.

My new single project Lonely Woman is a melancholic composition we played it more melancholic theme and of course with middle eastern melodies. My biggest influence is the Shai Maestro for releasing this single.

No! There is no such thing as “the best” in the music industry. ln, in my opinion, every musician has his/her own taste. Music and musicians is cannot be comparable.

ln near future l want to premiere concert of my solo project. And then my biggest dream is the having an album with my own arrangement or compositions.

All l can suggest is don’t care about ungrounded negative criticism about your works. Just do what makes you satisfied.