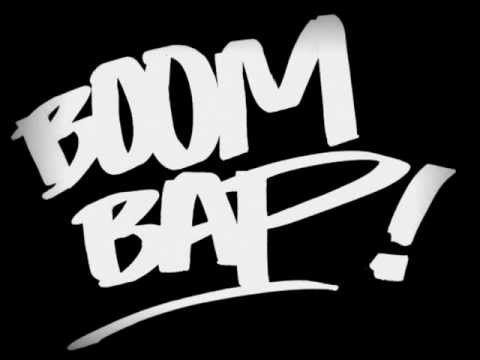 “You don’t have to be current if your CLASSIC”-Dj Scratch. Boom-Bap is that classic. Boom-Bap is a type of hip-hop that was brought to prominence in the late 80s/early 90s. it gets its name from the the drum sounds used the “boom” of the kick drum and the “bap” of the snare. producers like Large Professor, Pete Rock and Dj Premier exlemplifies this sound. with the advent of the more “popular” sounds in hip-hop (Krunk,Drill,Trap) Boom-Bap has been seen more as an “underground” genre, but with acts like Greselda breaking though, there seems to be a resurgence of the classic Boom Bap sound in mainstream hip-hop. here are 3 current producers that not only curate and create this sound with precision and mastery, but also have other projects and enterprises that aim to push the genre forward, promote and cultivate the Boom Bap genre for the next generation of producers.

Dominique Di Rienzo, better known as Alpha Centori is a boom bap producer from Montreal, Canada. He started making his first beats in 1987. He graduated from the audio recording school Trebas Institute in 2001 and has worked for companies like Ubisoft, Musique Plus, and Cinar. an avid record collector and sample curator he started his own sample pack and drum kits selling site in 2016 called Boom Bap Labs. Boom Bap Labs is a boutique sample creation, crate-digging service, and sound design company based in Montreal, Quebec, Canada. It’s an international team of crate diggers, producers, sound designers and composers that focuses on delivering the lost, dirty, rusty, raw-sounding samples, drums, and breaks from the early days of hip hop. Alpha Centori not only has a major placement on the album Bandana by Madlib and Freddie Gibbs but also produced tracks for the emcee King Author from Boston.

“We feel the 90’s hip hop was the best in terms of beats and lyrics, and we want to help producers and crate diggers around the world keep creating that sound. We offer top-quality tools to assist you in your beat production. We got you covered from drum kits to sample packs, vocal grunts, to sound effects. We have it all. Together we can keep the real hip hop raw boom-bap alive.”

with his team of producers and sample diggers (Amen from Hellzwind and Genologist, Johnny Slash, Killem Defoe,and guest producers like Domingo)Boom Bap Labs provdies all the samples and sounds for producer to keep bringing the Boom Bap goodness for years to come.

Check out Alpha Centori on his Bandcamp or on his Facebook

Johnny Slash, 28 is From tri-cities Washington.. but has lived in many places, including Oregon, Idaho, Los Angeles, and now resides in Houston Texas.
Johnny Slash Started as an MC and fell in love with making his own beats and decided he’d rather be the backbone in music production and structure the whole song than to be writing rhymes back in 2015.. He decided to go full time selling beats and quit his dishwashing job in 2018..

Still considering himself rather new to the game, Johnny Slash has come along way and made noise and gained a decent following without any co-signs or music label and still found success, he would eventually do songs with A.F.R.O, Apathy, Diabolic, & Nems along with others that have not been released yet.

Johnny Slash ended up meeting an amazing Crate digger “The Original Copy” in Los Angeles and got inspired to do Sample Packs with him to help other producers who may not have the time to crate dig for themselves.. He then met Dom (Alpha Centori) from boombaplabs.com after being a frequent customer of the website and was invited to sell sample packs with the rest of the amazing team they have.
Johnny Slash has released singles, and a couple of beat tapes you can find online and on streaming services.

Check out Johnny Slash on his Website, or Instagram. or you can pick up some of his sample packs at Boom Bap Labs

Dj Iceman, From Brooklyn, New York (Now Living In Lakewood Washington) started djing in 1982, at the age of nine when he got his uncles old dj equipment. in 2017 he retired from active djing and moved on to making beats, and took on the alias Big Boss Beatz (which is also the name of his production company) he has been featured in the Wu-Tang Rocks The World Series of Compilations as well as The Wu-Files Compilations as well as putting out his own series of beat tapes and singles. he has features with Havoc of Mobb Deep, Hell Razah from Sunz Of Man and a host Of Other Wu-Tang affiliated artists he is also the owner of Big Boss Records, the promotion company Big Boss Ent and is also a certified Social Media Manger and owns a company doing that as well (REA Social Media Management) In 2021 he helped score the award winning movie Cracked from Director Lin Que.

For most Boom-Bap is considered one of the foundations of Hip-Hop. from the big drums and use of samples, every other form of Hip-Hop/Rap has borrowed from this style. and while Boom-bap itself may have been considered more “underground” and not seen a lot on the popular rap charts, its always around, and have influenced your favorite rappers whether they know it or not. and these 3 producers (and many more) are not only putting out great music to keep the foundation strong, but are supplying the next wave of Boom-Bap producers with inspiration, advice and the tools they need to keep this genre alive and well