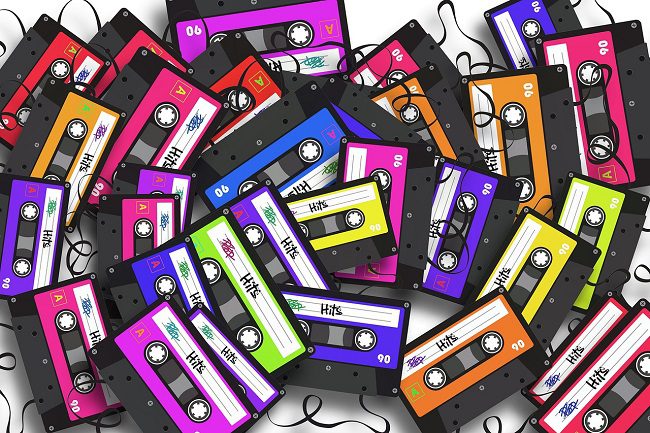 It only seems like yesterday when we were happy using cassette players, gramophone records and cordless phones, which have all been rendered useless and outdated with the introduction of new technologies.

From the physical size of the equipment, its efficiency to its cost and reliability, most of these attributes have been largely changed and improved to meet the changing needs of consumers.

If we look at the trends, any piece of technology that is launched today will be replaced by a more advanced option in the future.

While there is hardly anything that we can do about consumerism, let us take a look at ten vintage technologies that have been made obsolete by the digital revolution.

It was in the year 1965 when Kodak designed the first video camera under the title ‘Super 8/8 MM’.  This camera was initially a very costly product but within a few years, video cameras were introduced by other companies as well, thus lowering their prices.

By that time, video cameras became very common across households and could be found in almost every home during the ’70s. Super 8/8 MM was not only the first commercial video format but also the most reliable photography equipment that people had at the time.

Later, as newer formats such as VHS were introduced, the 8 mm cameras became less popular and were replaced by the newer upgrades in technology.

Beta Max was the first video playback device and recording format prior to JVC’s launch of the extremely popular format VHS and was developed by Sony in the year 1975.

This device, in spite of the popularity it gained, could not last long and was soon replaced with an advanced VHS enabled device by JVC who decided to forgo the Beta Max technology and developed its own video recording and playback format.

Beta Max holds a very crucial value for Sony Inc. as it enabled the company to retain its name in this industry. Even today, when we talk about the origin of VHS technology, Sony’s Beta Max is the first device that comes to our mind.

Laser Disk Players were initially known by the name ‘Discovision‘ and it was under this name that the technology gained popularity. These players were particularly frequent among the tech freaks, movie buffs and even musicians who performed mixing across the world.

Before the VHS format, videos were played using the Betamax format. But soon, JVC decided to develop their own video-playback format, to put an end to Sony’s monopoly in the market.

As a result, the VHS format was born. This event pulled both the companies into a massive video format war, with Sony conceding defeat when it started producing VHS recorders and playback devices in 1988. Now JVC produces various audio equipment like speakers, headphones, etc. and has various subsidiaries companies across the world.

Also known as Gramophone, this device came into the picture in 1877 and was developed by Sir Thomas Henry Edison.

The phonograph was a bulky record player and was used for recording music for personal and commercial purposes. During the 1900s, this device was a tremendous rage among the musicians and music lovers.

However, as the century entered its last half, phonograph received a lot of criticism because of its undesirably large size and hence the cost. Later, less expensive devices were invented and therefore, Edison’s gramophone was replaced by such advanced devices.

Even today, you can find this device in antique shops and music shops. The gramophone vinyl records are still widely bought and sold by music enthusiasts and collectors due to their high aesthetic value.

It was first developed in the year 1876 with its rotary dial model. As time has passed, the old rotary styled analog telephones have been upgraded to the handy new smartphones and mobile phones, which are more reliable and are smaller in size.

The credit for the invention of Walkman goes to Mr. Akio Morita, the then chairman of Sony.

On one of his plane trips, he realized the need for a device that can enable him to listen to his favorite operas while traveling on the flight. This device was launched under the name of ‘Soundabout’ in a small city in North America.

Later, it was renamed as Walkman and is still known by the same name. The first Walkman brand of cassette players was launched in 1979 followed by several improvements.

Pagers came into the world of digital communication during the 1970s and became highly popular in no time. These were simple devices that were solely used for the purpose of receiving simple text messages.

They were used in large numbers until the 1990s when they were finally replaced by better options like the cellular phone. The major reason for the popularity of pagers was their ability to work even in the remotest locations where network coverage wasn’t that great.

Pagers are used even today as responders in emergency situations because of their ability to work in poor network conditions. It is this quality of pagers that separates them from cell phones which are highly prone to problems such as call drops.

The era of the 1980s saw a great transformation in the size of watches. During this time, watches were overly decorated with gizmos and were bulky not only in appearance but also in weight as well.

One of the most popular of these watches was the calculator watch. Imagine a watch having an inbuilt calculator. Also, imagine that you no longer have to carry the bulky calculator for daily life mathematical requirements.

This technology attracted a lot of customers but within a decade, such watches became obsolete because of their weight and unnecessarily large size.

The idea of television for commercial use came into existence for the first time in 1929.

However, televisions were highly expensive at that time and it was difficult to afford them for someone belonging to the middle class. With the introduction of the cathode Ray technique, televisions became affordable and even an average European could afford a CRT television set.

Even today, most of the televisions use the same technology of cathode rays as it makes the television sets less bulky and more attractive.

Technology has played a tremendous role in improving our lives and each and every individual is affected by it in some way or the other. A lot of people might consider the above technologies as obsolete but many of them are still in use and have been preserved by the vintage collectors due to their sheer tangible value.

Ronald is a drummer and likes to keep himself updated in the tech world. He is a frequent contributor at Loud Beats where he shares articles and reviews musical equipment.