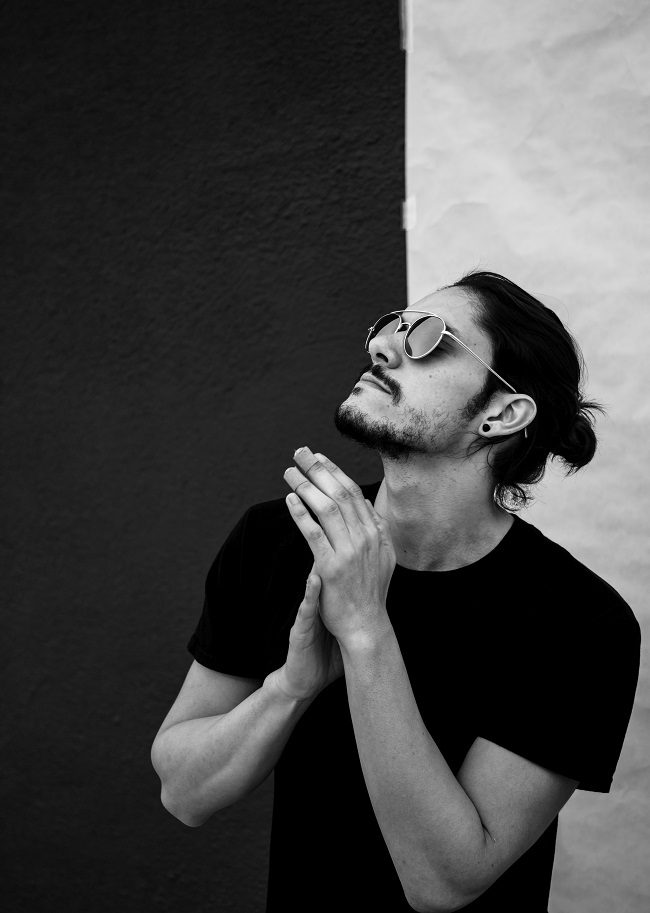 Well, when we talk about my Composer career I’m keeping my own name Will Martins, but when people refer to my electronic project IWIL it’s kind of an abbreviation for WILL, but it has a second meaning.

To me, the sound of this abbreviation brings me a forward motion. Also, despite the writing being different people say “I will…” all the time, it’s a pretty common sentence, so there’s some familiarity to the listener too.

The love came I was 12 years old when I started in music. I just had to watch “School of Rock” for the first time and I realized that I wanted to be able to play music as those kids of my age were playing. The day after I was already taking guitar classes.

The career aspect of it came out later, I would say I always knew I wanted to pursue this career, but the artistic path is not the most supported choices by society. I just took the courage after I graduated from college in 2014. By that time I already had performed and produced many bands and started working in a music production studio, composing and producing music for commercials, tv shows, series, and films.

It’s hard to point out one person or moment. I feel I’ve gathered a little bit from many incredible people and moments throughout my life and career.

My base was my family, who presented me to a fun musical miscellanea since I was a kid. Earth Wind and Fire, Stevie Wonder, Michael Jackson are just a few of the names that I remember listening in my early life.

During my teenage years, I’ve played rock (all kinds of it), reggae and Latin music. (Brazilian Particularly) which pull me to a whole new universe of big bands, jazz, and acid-jazz (Jamiroquai and Incognito are until this day great references to me).

In the meantime, electronic music was always a present genre in my playlists. I just had discovered French house and “Discovery” from Daft Punk was my favorite soundtrack for many Hangout nights.

Finally, when I came to L.A to study film score, my taste, and comprehension of classical music grew exponentially. The understanding and the infinite combination of each ensemble in the orchestra amazed me.

My greatest challenge I would say that is to overcome fear. I’ve been working on it these couple of years, but I remember getting very fearful about what the future could bring (almost always in the negative aspect of things).

Fear of something doesn’t work, of being in the wrong path or to be doing something that won’t bring any result. Nowadays I take a more mindful mindset regarding life. I just stopped trying to control stuff I cannot control.

My greatest attribute is: If is worth it, I would do everything I can to make it happen or to make it right. I try to bring this with me in every aspect of my life.

My websites are a compilation of all my links throughout the web.