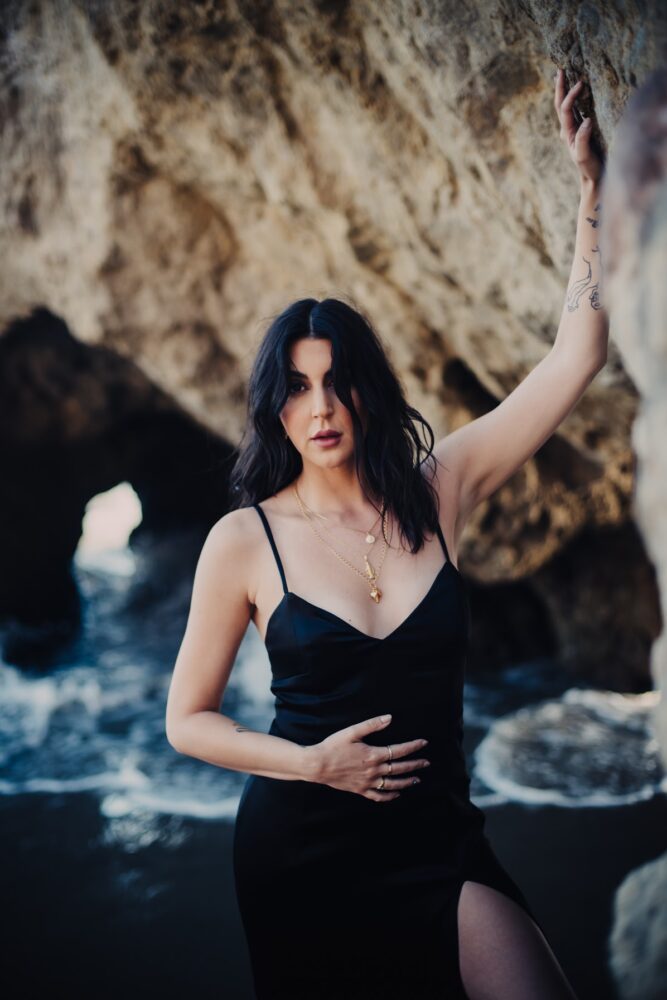 Artist, songwriter, and music executive – CEO of Head Bitch Music – Jessica Vaughn, aka LACES, has been through the “Waring blender,” as Linda Ronstadt sang, of the music industry.

Womxn in the music industry must cultivate a “take no shit,” bad-ass attitude toward every aspect of the industry.

According to a study sponsored by Spotify, Professor Stacy L. Smith and the USC Annenberg Inclusion Initiative reported that 21.7% of artists, 12.5% of songwriters, and 2.6% of producers are female. The ratio of females to males in popular music is 1 to 3.6, and the gender gap of male to female songwriters is 12.5% to 87.5%.

The study raises a BIG question: where are the women?

Regarding the womxn now in music, LACES shares, “We’re uniting more and getting louder. We’ve only just scratched the surface on what we’re really capable of and what we’re going to tolerate…so buckle up.”

Rather than remaining separated, LACES decide to turn the narrative upside down, thus generating an empowering, cohesive perspective of what it’s like to be a womxn in music. She produced a video, “womxn sound off,” edited by Dri Sommer, featuring the statements of BIIANCO, FLAVIA, Dresage, Emily Kinney, Aja Volkman, MILCK, and a host of other artists.

The question posed was “What’s it like being a womxn in music?

At once illuminating, genuine, and candid, the answers range from “Beautifully challenging and so fucking hard” to “Like I can’t even buy a fucking pack of strings at Guitar Center without someone being like, ‘Are you sure these are the strings you want?’ Yessir, they are – heavy.”

BENZ0 Released His latest single, PSYCHO GIRL
Aria Moda’s fur outfits are all things gold which every woman must buy during winters
Advertisement