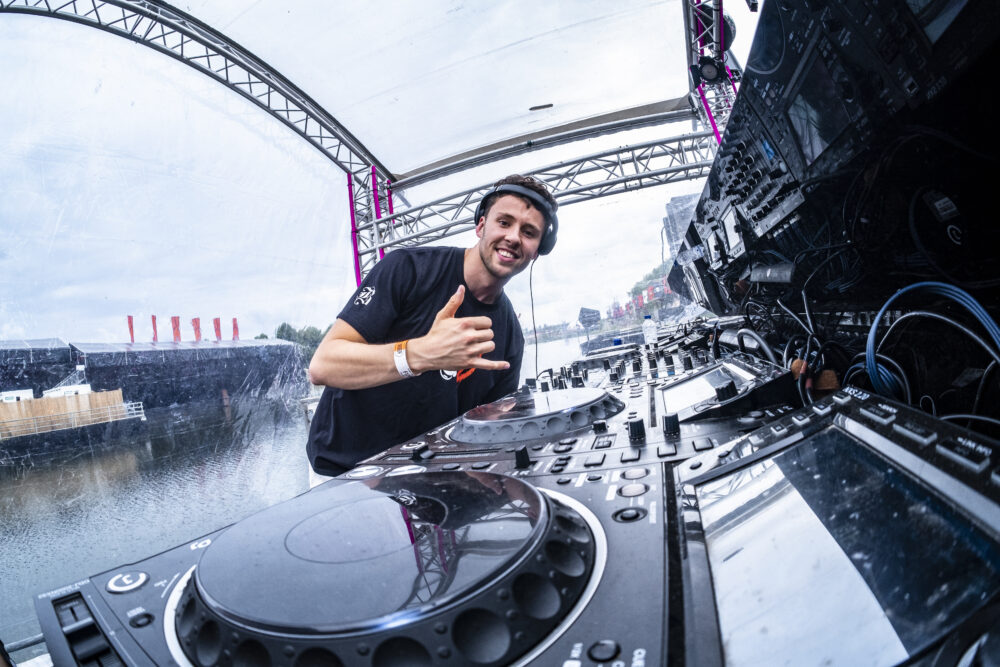 When and how did you start as an artist?

I started creating music back in 2019, immediately after I returned home from the first festival I ever visited.  Hearing the music live had such an impact on me that I wanted to create it myself as well.
After three years of producing, I felt like I had gathered enough knowledge to start my career as Vexxed.

What genre of music are you producing?

I’m producing Rawstyle, which is a more aggressive subgenre of the more common genre called Hardstyle.

Why did you select this genre of music?

What I love most about Hardstyle/Rawstyle is the energy it brings. Each track is filled with such an amount of energy and drive, that leaves me wanting more of it. Next to that, I prefer the more aggressive side of it, called Rawstyle. Mainly because it brings even more drive, especially when playing it live at a festival.

How do you get inspired?

That generally depends on the mood that I’m in. Some days ideas flow into my head while other days I just go with the flow and do what feels good.

What does the music mean to you?

For me, Hardstyle/Rawstyle are about releasing all the energy that has been stuck inside of you.

That does depend on the song, but each track has a similar feeling to it. Generally, I make uplifting and catchy melodies in combination with aggressive and distorted sounds, that have no problem with blowing up some speakers. Furthermore, my tracks can are also influenced by other genres, which are mainly Drum and Bass and Dubstep.

What are your future goals?

Firstly improving my sound even more, so it stays fresh and new. With this, I’m also adding my own vocals in my tracks to make them even more personal. Secondly, playing as a headliner at major festivals all around the world.

Where can people find you?