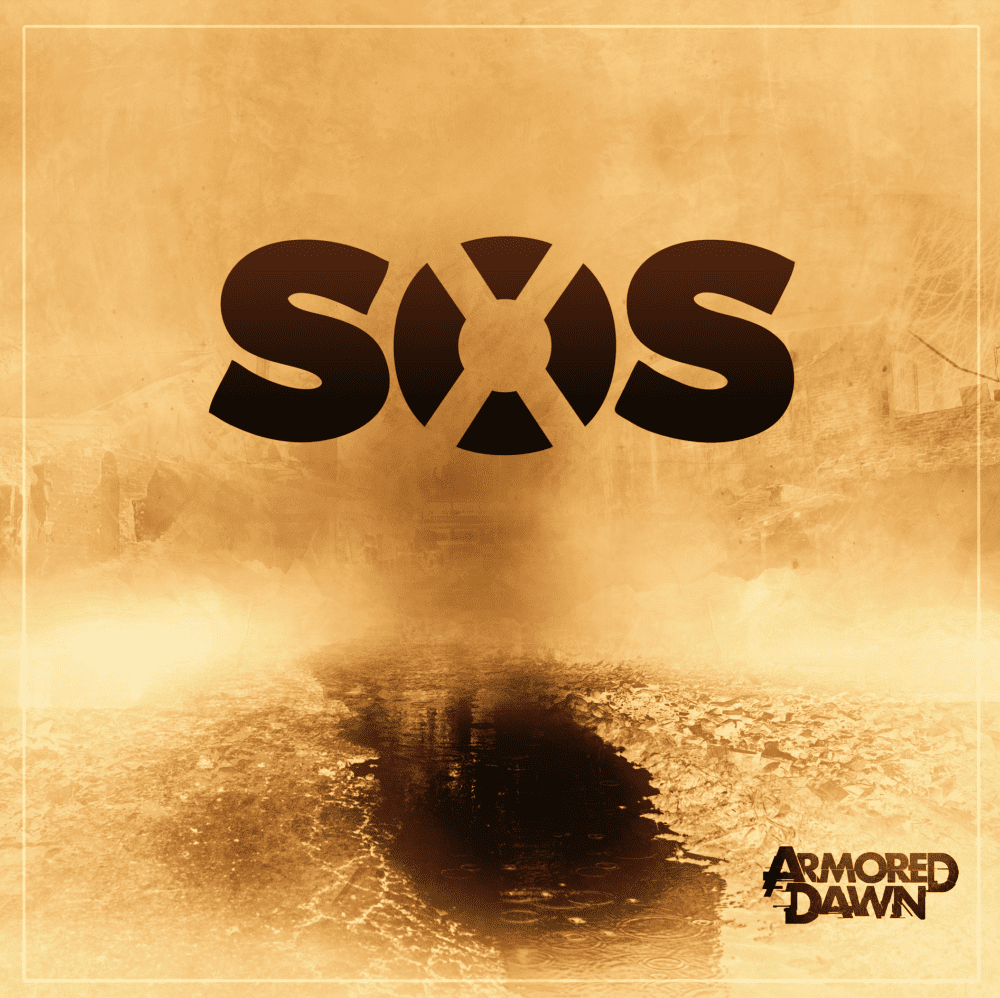 The Brazilian band Armored Dawn resumes activities with the newest single “S.O.S.”. Written by Carolina Angeli and the group’s former drummer, Rodrigo Oliveira, the song portrays the feelings of a person with depression, who wants to be alone and reclusive with their pains and thoughts, believing that no one will ever understand their feelings or what is happening to her.

Mixed by Chris Lord Alge (Muse, Green Day, Nickelback) and mastered by Ted Jensen (Bring Me The Horizon, Evanescence, Metallica), the single shows a great evolution in the band’s sound. The composition, while bringing the characteristic identity that marked the sound of Armored Dawn, expands horizons and will surprise those who still don’t know the band’s work

The band came together some years ago, when our singer, came up with the idea of putting together a new band. About our brand, we wanted a strong and also original name. It’s basically about waking up every day, protected  from all harm some people are trying to do to you, some kind of mental
thing.

Well, we all got involved in music at a very early age. For example, Tiago (guitars) was very influenced by Brazilian music, and his father was also a  musician; Eduardo (vocals), started playing the piano because his mother used to teach piano; Chris (drums) started playing the drums at the age of 14  and learned to play it with his father, who is also a drummer.

About wanting to be a musician, you can blame basically all the musicians from the greatest bands. Listening to them, made us want to do that as well.

I think our style is kind of a mix of each of our personal musical tastes. Some of us are more into classic rock/metal. Others listen to and enjoy both classical and modern music. When we get together to compose new music, all ideas are welcome, and naturally, we have a little bit of everything.

Our current project is the single S.O.S., which was released by Outono Music, along with a music video last July. In this work, we decided to make our music more modern and actual. Also, in the lyrics, we decided to approach a more universal theme, so to speak.

Both this single and the other new songs that will be released soon, talk about feelings in general. These are lyrics that can make sense to anyone anywhere in the world.

Well, album sales ain’t what they used to be, and unless you’re Metallica, you can’t count on that to survive. Touring is expensive, but then again, that’s the reason we do what we do. Releasing your albums digitally is easy, but not very lucrative, but certainly, that’s a problem for everyone these days.

I think our greatest attribute is that we do our work with lots of love. We really love what we do, it’s no wonder we keep trying day after day, improving and doing our best always.

I think it would be a little presumptuous of us to say that we are the best at what we do. What I can say is that we work hard to do our work and music in the best possible way.

Well, we have other new singles to be released in a near future. Also, we want to get back on the road as soon as possible. We really miss the stage and the audience.

To our fans, we’d like to say please, keep supporting us, of course, and all rock/metal bands as well. Listen to the streaming on all digital platforms, watch the videos and buy the official merchandise. We really hope to see you on the road.

Our fans can find us on all digital platforms. Take the opportunity to listen to our new single S.O.S.
It’s a very special work!

We must all keep working hard and supporting each other. The rock/metal scene was never made up of only one band. If we support and encourage each other, our scene only tends to grow and strengthen. If we work together we will be stronger!