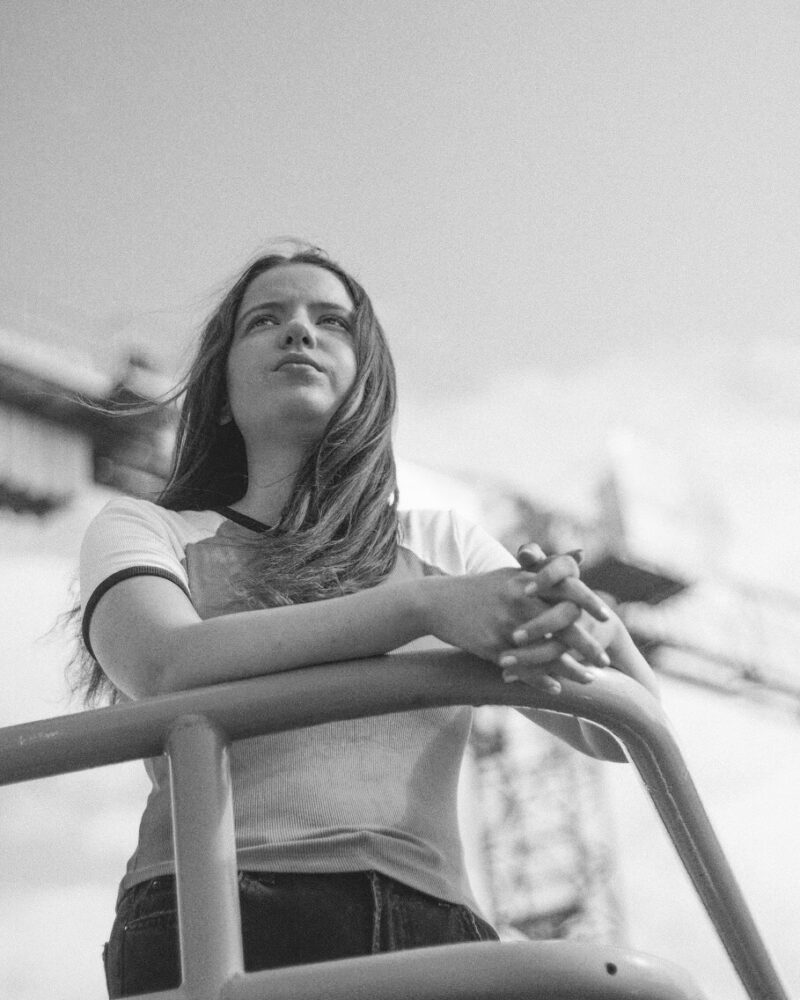 Explaining the remix’s process, Uwmami shares, “Jane’s vocals reminded me of an early noughties RnB vibe with sort of a trad depth, so I chopped them up to use as samples. Then I looped the original drums and processed them into more of a retro texture, and played around with some synths and pads to give the song a spacey atmosphere to live in. Hope you enjoy the song!”

Uwmami’s sound, referred to as industrial phase hip-hop, blends trap vibes with shimmers of R&B into stripped-down yet deluxe washes of wickedly bewitching hip-hop. So, working on “Solo Heroes” took her in an entirely new sonic direction.

According to Uwmami, it was “really interesting to work on something a bit different.”

Eve’s Record Box is made up of Jane Fraser (vocals), Paddy Shanahan (guitars), Danny Lanham (bass), and Ben Wanders (drums). The EP, Solo Heroes, was recorded in a two-day session prior to quarantine and released in November 2020.

Uwmami’s remixed version rolls out on a slower tempo, highlighted by the Jovian thump of the kick-drum topped by dreamy, swooshing hues rippling and shimmering with flickering jazz aromas. Subtle glowing organ tones fill the tune with diatonic currents.

Mute vocals, roving between remote and proximate melodicism, eventually blossom into Bobby Brown-like textures, radiating fusions of hip-hop-lite and R&B, which, along with the jazz tangs imbues the tune with a unique sonic signature.

With “Solo Heroes,” Uwmami offers a severely elegant remix, chock-full of a welter of emotions.