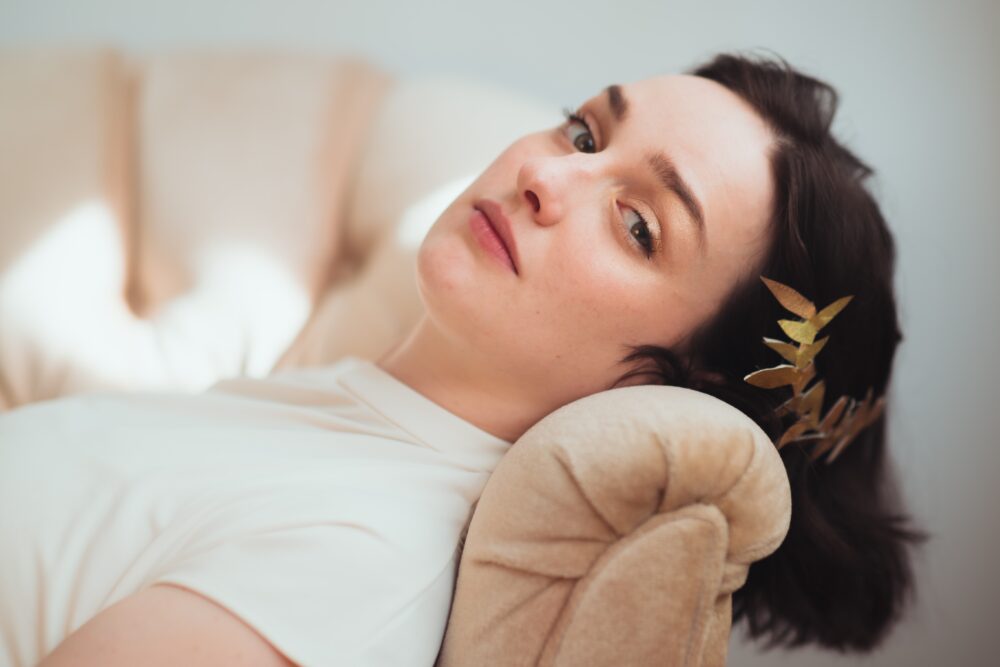 Right up front let it be known this track brims with hella-addictive colors and energy – ooh, la la!

Speaking to the song, Favourite Daughter shares, “‘Long Distance’ is my upbeat indie-pop debut single as a solo artist. It’s a song that makes you want to get up and move, but as it progresses, it gets more and more anxiety-inducing, until everything explodes in the final chorus. I really wanted to capture that sense of pushing down something until it inevitably overflows.”

She goes on to add, “It’s about trying to keep up appearances that everything’s fine while running from the inevitable. It’s catchy, a little loud, a bit messy, and really honest.”

Produced, recorded, and mixed by Steven Gibb at Lites Down Studio and mastered by Richard Addison at Studio Trillium Sound, Favourite Daughter wrote the song “on an unplugged, rented electric guitar during a blackout on a night off from an opera gig I was doing in Halifax in the summer of 2019, in tears after a frustrating phone call with my then-girlfriend.”

Separated from her girlfriend by work, their phone calls were reduced to pedestrian exchanges – talking about the weather and mundane topics. Yet both pretended everything was satisfactory, while apprehension and bitterness simmered under the surface. In the end, the relationship collapsed.

Flavored with ‘’90s pop, along with tinges of country-pop, “Long Distance” opens on low-slung platinum riffs. When the rumbling bassline and tight, crisp drums enter, the rhythm thrums on tasty rolling momentum, while Kennific’s deluxe voice infuses the lyrics with vibrant timbres laced with vestiges of delectable rasping tinctures.

“How you doing, how’s your day been love / What did you get up to, what’s been changing up / How’s the weather been on your side / Wash off the week, let now give way to then / We can wake up tomorrow and do it all again / But everything’s fine on my side / So it’ll feel like I’m dying till it doesn’t anymore / I’ll rebuild again, Lord knows that I’ve done it before.”

Reminiscent of early Taylor Swift, Favourite Daughter has it going on! “Long Distance” is definitely a must-listen-to song.