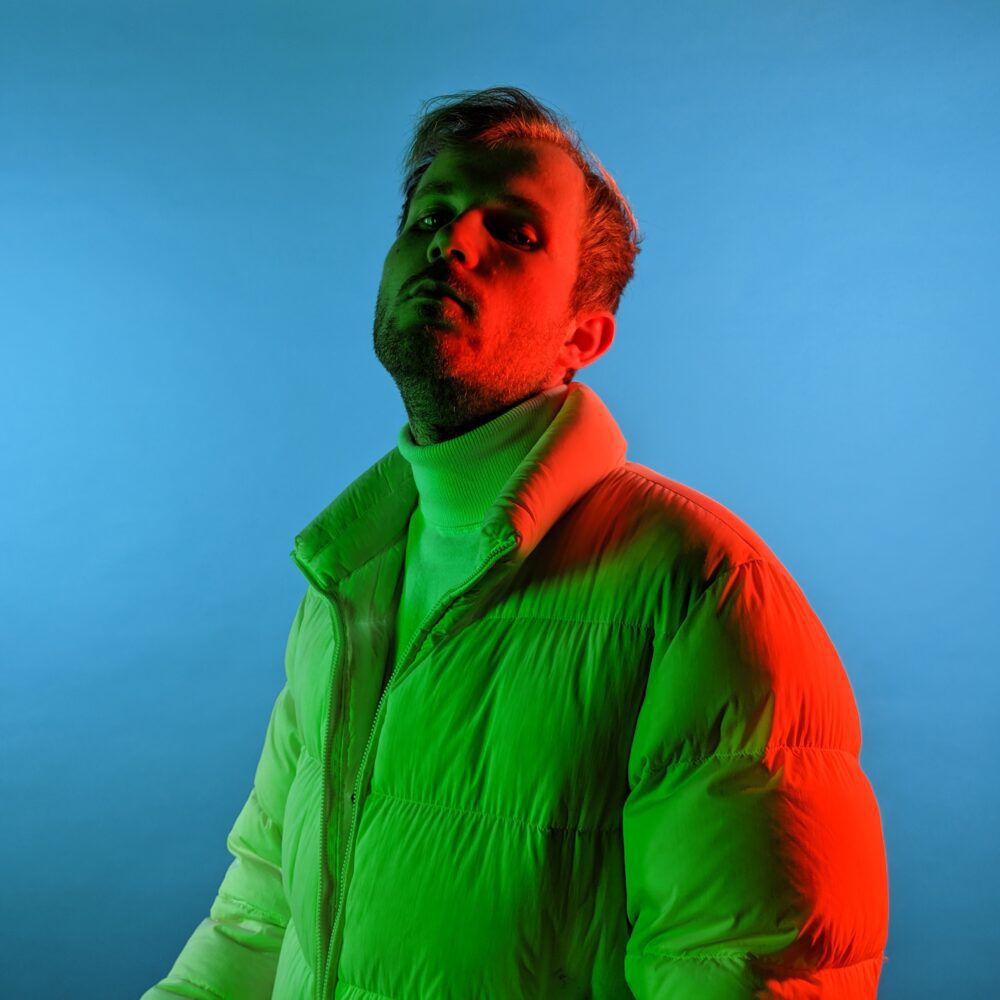 Explaining his version, David says, “The original’s high string machine turned out to be the core element of my version. I’ve adapted the line’s movement to the bass, guitar, and even the synths. Somehow the whole instrumental is now playing the hook-melody, even in the verse. Always wanted to use an acid-techno-synth in my disco music and this cover was a great opportunity to do it. To me, it felt like the moment after the chorus needed to have something super dynamic and surprising. I think, if you do a cover, you really have to give the track your spin and I really hope I managed to do just that.  From a new-wave 80’s classic, I’ve changed the song into an electronic disco blend that could fit into a playlist right next to artists like Franc Moody, Roosevelt, or Purple Disco Machine. I slowed the track down over 20 BPM and twisted it into my thing. Always loved their music, Ian Curtis’s lyrics, and perspective on life. When I watched Anton Corbijn’s ‘Control,’ I somehow ended up doing my own interpretation of their sound. I did this track back in 2017 and since then releasing it was super complicated. All that music industry stuff can be quite overwhelming sometimes. To me, the cover version somehow feels as old as the original now… haha, but we did it! I’m super excited about this and cannot wait to hear how the world embraces this one compared to the original. We sent it over to their publisher and shortly after we were allowed to release it by all remaining members of the band; Stephen Morris, Bernard Sumner, and Peter Hook – crazy!”

While still in his teens, David was making music and performing with Pool, a band that shared the stage with The 1975 on their European performances. Along with remixing artists like Les Loups, Phenomenal Handclap Band, and Toy Tonics, David also runs his disco label, Zissou Records.

The avant-garde video was directed by Faraz Shariat, the filmmaker whose inaugural movie, Futur Drei, has dazzled audiences and critics. The video’s visuals portray a young couple in love, dancing in a disco, followed by cruising around in a unique car, all the while wearing spiked head coverings.

“Love Will Tear Us Apart” rides an engaging dance rhythm topped by splashes and sprays of techno and nu-disco tangs. David’s plush, creamy tones infuse the lyrics with wistful textures, at once smooth and vibrantly catchy.

Singularly imaginative, the blending of Nu-disco and techno relish gives “Love Will Tear Us Apart” a scrumptious fresh vibe.